What is a Political Map

Political map, physical map, topographical map, and even a simple road map are all examples of maps. A political map is likely to be the first map that most children experience, aside from the treasure maps of pirate tales, but most will never hear the term associated with the item in front of them. Many people, in reality, go their whole lives without knowing the differences between the types of maps.

Therefore, in this article, you’ll know what a political map is, its features, advantages/disadvantages, history, etc. Other than that, you’ll also have an insight into when and how to use them. 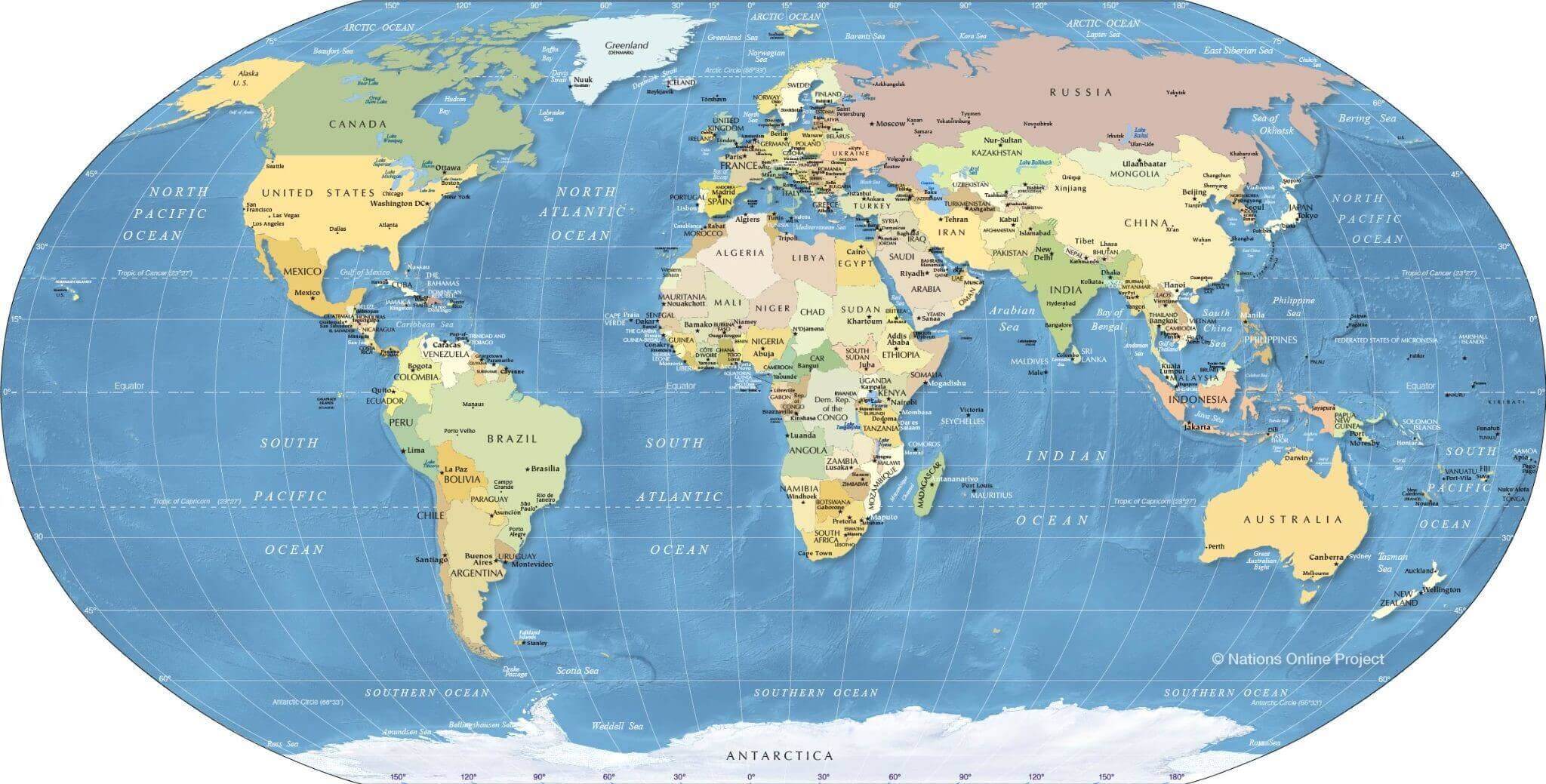 Part 1: What is a Political Map

Among the most commonly used reference maps are "political maps." They hang on the walls of classrooms all over the world showing the geographical boundaries that separate administrative units such as nations, states, and counties. They depict major water features such as oceans, rivers, and lakes, as well as highways and towns. In a nutshell, a political map displays the political characteristics of a given area.

Political maps come in a variety of sizes, as you would expect. Some are large enough to span whole continents, while others are smaller, such as a state or a county. You've probably seen a lot of political maps in your life. Knowing how to read these maps is essential to their use.

Want to Draw a Map for Viewing the Region More Clearly? Do It Now!

EdrawMax Map Software helps to create interactive map drawings for free with easy-to-edit templates. Make it easier to find the right location and region on your map. 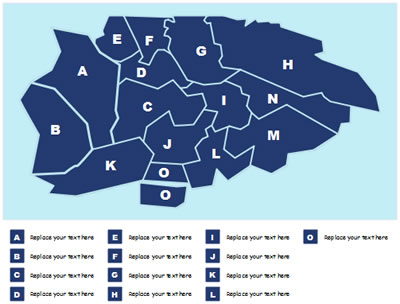 Part 2: History of a Political Map

People used to draw maps to indicate where land borders were. Maps were also common among rulers, such as kings and queens, who wanted to know where their lands were. These maps may be used to show the king where taxes should be raised, where loyal subjects should live, and new areas of land that the king or queen would want to invade or settle loyal subjects on.

During the Famine, political maps were used. Relief works were established to allow people to work for money on public works projects such as road construction. While this provided some assistance to the citizens, the funds raised were insufficient to keep many families from going hungry. Accurate maps were needed at the time to determine which landlords were responsible for relief efforts in various parts of the country.

Part 3: Advantages and Disadvantages of a Political Map

Political maps are generally used to depict the governmental borders of countries, states, counties, cities, and towns, as well as geographical features like rivers, streams, and lakes. An easy-to-use informative index is a function of a political map.

Other than that, political maps assist people in comprehending the world's geography. Students are normally exposed to them as the first form of a map in school. People refer to them as "reference charts" since they are often consulted when they have questions.

Part 5: Who Uses a Political Map?

A political map is a map that depicts the political borders of nations, states, counties, and major cities. A political map can help determine regional socio-political patterns that influence group activity and government outcomes.

Political maps are frequently printed on paper or other physical media, but they can also be created digitally and viewed online. Millions of people use search engines every day to look for political reference charts. "United States map," "World map," "Europe map," and "Florida map" are among the most common searches. 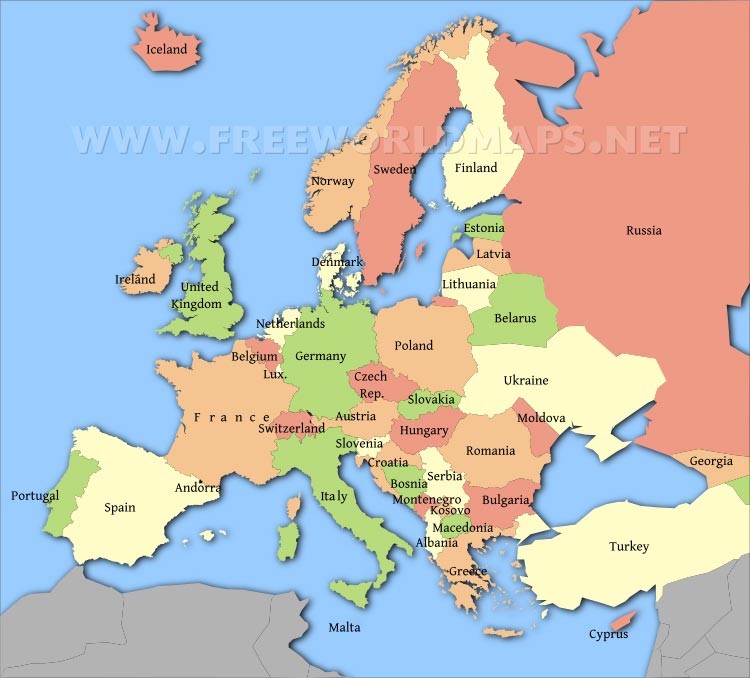 Thousands of various political reference maps have been created to depict the United States' current geography. There are maps of the whole country, maps of each of the 50 states, and maps of the 3142 counties that make up the states (parishes in Louisiana and boroughs in Alaska). The majority of counties, boroughs, and parishes are divided into even smaller political divisions. Just to show the geography of the United States, an unprecedented number of political maps have been developed.

Political maps of the world, nations, and continents are the most popular maps used in classrooms and offices. They are sometimes annotated with push pins, sticky notes, photos, marker flags, and string to indicate a family's journeys, a business's locations, or other noteworthy locations and events.

Tips You Should Know

Wonder how to create different kinds of map in a minute? Try EdrawMax Map Creator to use pre-made templates and edit by yourself!

Part 6: How to Read a Political Map

Now that you are oriented, you can start reading the map by following the steps that are below.

Part 7: An Example of Political Map 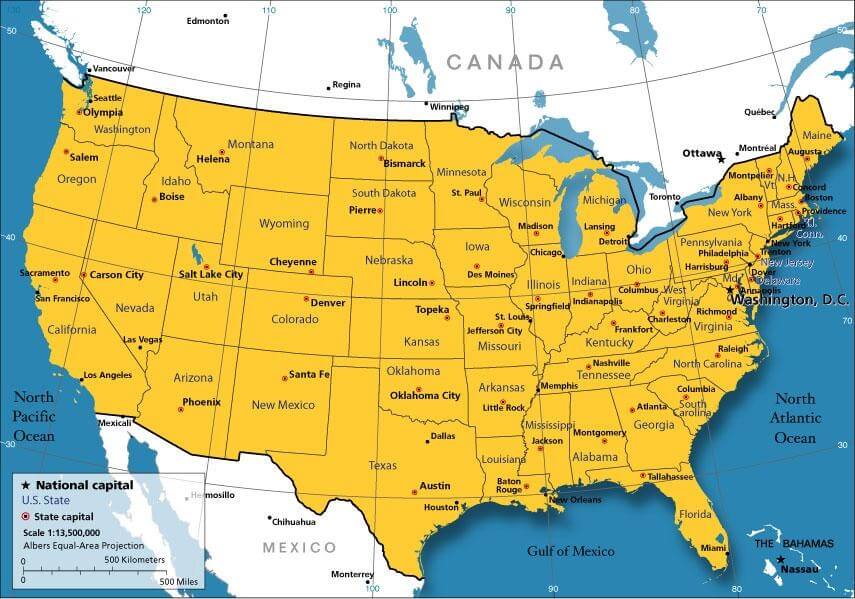 The political map depicts the United States and its neighboring nations, the national capital, Washington, D.C., as well as US states, state borders, state capitals, and other major cities.

A political map differs from other types of maps since it focuses on government or administrative borders rather than geographical or physical features. Rather than showing viewers what is actually on the ground, it depicts the abstract lines that divide nations, states, territories, and towns.

The above article covers everything you need to know about political maps, including their history, uses, advantages, as well as how to read them.