What is a Topographic Map?

On a two-dimensional surface, topographic maps accurately and to scale reflect the Earth's features. Topographic maps are a great planning tool and guide, as well as a way to make outdoor activities more fun and safe. Keep reading the article to know more. 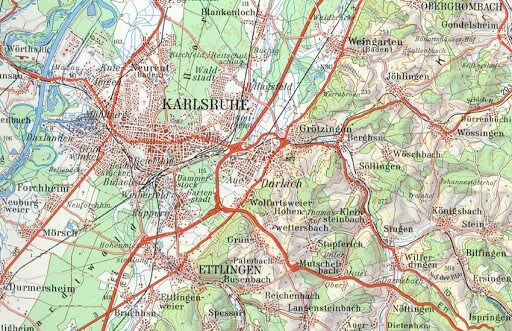 Part 1: What is a Topographic Map?

A topographic map or topographic sheet, in modern mapping, is a form of the map associated with large detail and quantitative representation of relief, typically employing contour lines (connecting points of equal elevation), but traditionally using a range of techniques.

It depicts man-made and natural features such as roads, highways, power transmission lines, contours, elevations, rivers, lakes, and geographical names on the ground. The topographic map depicts the three-dimensional terrain of the Earth in two dimensions. Numerous ground features are identified on topographic maps, which can be classified into the following categories:

Part 2: History of a Topographic Map

The Carte géométrique de la France, the first multi-sheet topographic map series of an entire region, was completed in 1789. The Great Trigonometric Survey of India, which began in 1802 and was taken over by the British Raj in 1857, was notable for being a fruitful attempt on a larger scale and for accurately measuring the heights of Himalayan peaks from viewpoints over one hundred miles away. 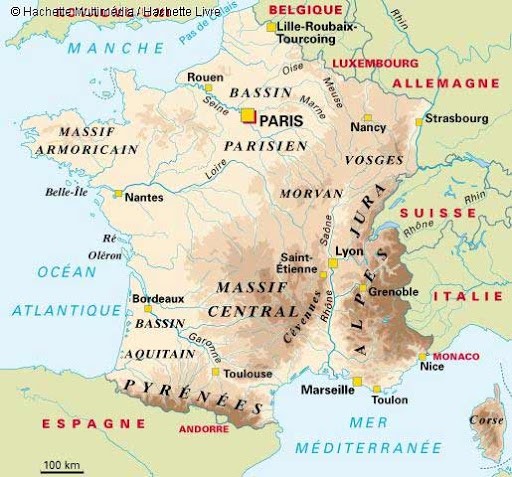 Later, by the mid-1990s, more user-friendly resources such as two- and three-dimensional online mapping, GPS integration with mobile phones, and automotive navigation systems had emerged. The future of structured, centrally printed topographical maps is uncertain as of 2011.

Part 3: The Importance of Topographic Maps

Since topographic maps may represent the three-dimensional landscape in two dimensions, they are a valuable tool. An individual who knows how to read a topo map can locate hills, valleys, ridges, and saddles, among other land features. On topo maps, you can see if you'll be going uphill or downhill on a given road or trail. 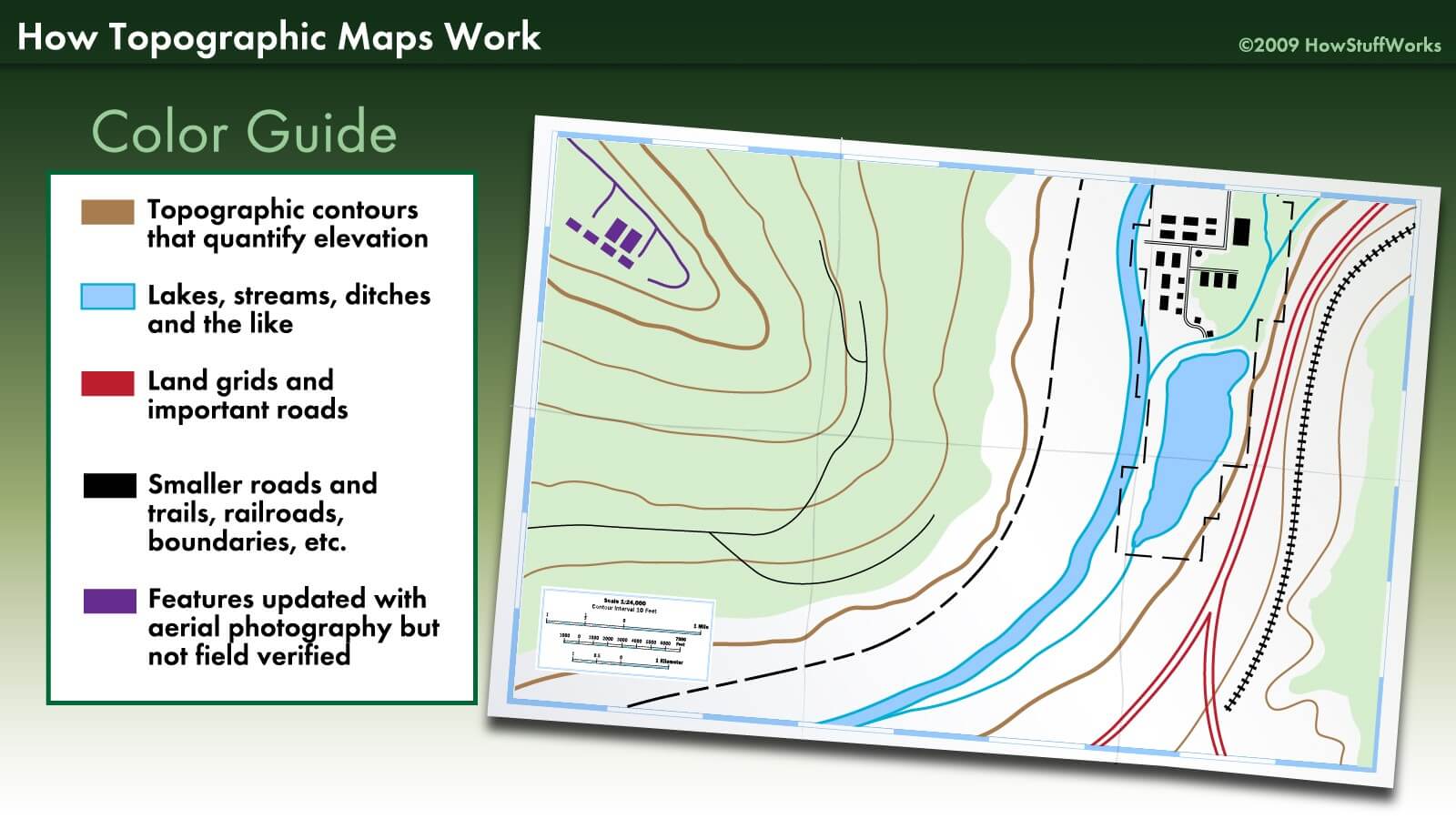 Contour Lines - Contour lines link points of similar elevation on a topo map, marking elevations. Imagine walking in a loop around a mountain, never going uphill or downhill but remaining at the same elevation. A contour line on a map will be created if you followed the direction you walked.

USGS Maps - Highways, dirt roads, villages, and buildings are all depicted on USGS topo maps, as are other features found on standard road maps. Power lines, rivers, glaciers, and mines are also depicted on the charts.

There are a few limits to what all the lines and symbols on a topographic map can tell the map reader.

Too Static - The details on a topographical map can be dated, which is maybe the biggest disadvantage. The landscape and places on a map will change over time, so map readers should be aware of this. These changes may be caused by humans, such as a newly constructed road or structure. Larger shifts, such as the draining of a lake, may also occur. All of these factors, as well as others, must be considered when using the map.

Size - Since topographic maps are big and bulky, they can pose a problem for backpackers and other wilderness explorers who prefer to travel light. Instead of these, detailed trail maps are now commonly used.

Vegetation Issues - Another drawback of a topographic map is that the data shown isn't always accurate. This is especially true when driving through areas where there are no roads or trails. In these cases, a topo map does not provide much detail about the vegetation's composition. The map does not indicate if a forest is dense and bushy or whether it is dominated by tall trees with little undergrowth.

Part 5: When and to Whom are they Useful?

Many hikers and backpackers bring a topographic map with them when they go camping. One of these maps, along with a compass, can be extremely useful for people embarking on a long backcountry trek across unknown territory. Military, architects, and mining companies also often use topographic maps.

Part 6: How to Read a Topographic Map

To read a topographic map, you must first comprehend the meanings of the numerous circles and lines strewn across the landscape. Here are some tips that can be useful while reading one. 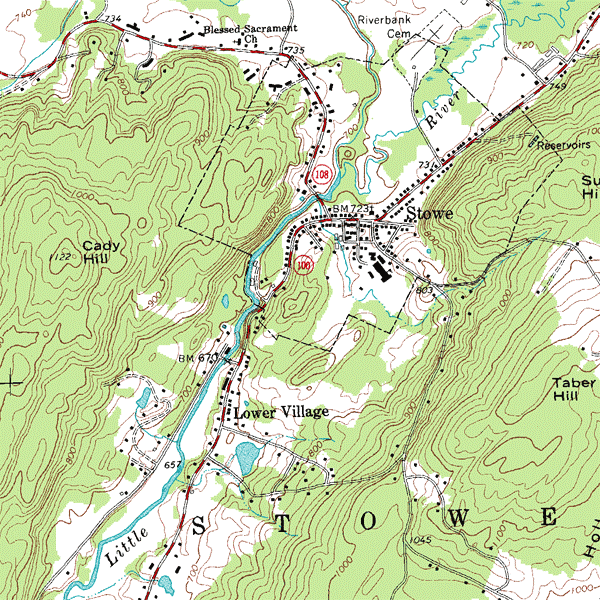 Above is an example of a USGS topographic map of Stowe, Vermont, USA. The map features 20-foot (6.096 m) contour intervals. Other than that, the map shows the riverbank, hill, and the lower village area.

Below is another example from the section of a topographic map of the Nablus area (West Bank) along with contour lines situated at a 100-meter interval. In this map, the heights are color-coded. 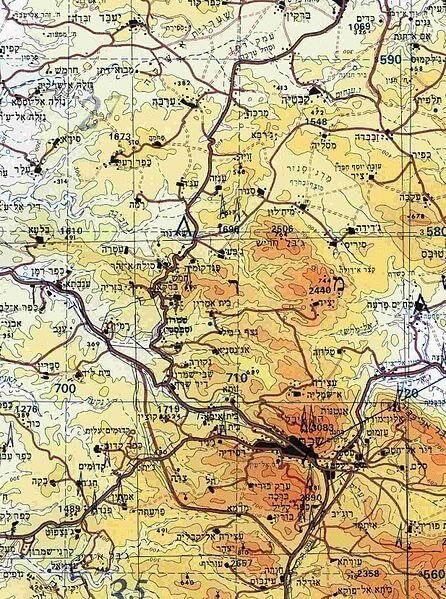 Topographic maps are useful tools when it comes to representing the landscape in two dimensions. Moreover, knowing how to read a topographic map can aid in finding out the location of peaks, rivers, valleys, and other important landscape features.

In the article above, some tips are given on how to read a topographic map. Besides, the history, advantages, and limitations of these maps are also discussed.