What is Map Scale?

A map is a graphical depiction of the entire globe or a portion of it. Maps are compressed copies of the real world, meaning that a big area of land is duplicated on a smaller piece of paper or digital file as a representation of the world.

To grasp distances in real life, you must refer to a set of instructions when reading a map. The ratio of the distance on a map to the actual distance on the ground is known as the map scale. Map scales are typically situated at the map's key on the map's outer edge (a set of symbols that also make the map easier to understand). You can easily calculate distances via the ratios whether the scale is drawn or written.

The roots of quantitative map scaling may be traced back to ancient China, with textual evidence indicating that the concept of map scaling was understood as early as the second century BC. Counting rods, carpenter's squares, plumb lines, compasses for drawing circles, and sighting tubes for measuring inclination were among the tools used by ancient Chinese surveyors and cartographers to create maps.

Pei Xiu, a Chinese cartographer, and geographer during the Three Kingdoms period, made a set of scaled-down large-area maps. He developed a set of guidelines emphasizing the significance of uniform scaling, directional measurements, and land measurement adjustments in the area being mapped.

Part 4: When to Use Map Scale

Scale is significant since it allows one to identify where and which city or county is located. Besides, it can be used in real-life scenarios to measure distances quickly and accurately. A map's scale is also vital for giving the map reader a sense of scale. That's the information you'll need to convert a distance you see on the map (say, a centimeter) to the distance it represents (about 25,000 cm, or 1/4 km in real life, if the map scale is 1:25,000).

Three alternative scales can be used to connect the map and the ground. These are below:

The relationship between a map distance and a ground distance is expressed in words using a verbal scale. The verbal scale 1′′ = 100′, for example, signifies that one inch on the map equals 100 feet on the earth. The US Census Bureau created this map of Oklahoma, which includes a verbal map scale.

Part 6: How to Convert from one Form of Scale to Another

It is frequently necessary to convert from one scale to another while working with cartographic materials. The approaches are quite simple if you have a strong understanding of the concept of scale. An example of converting from Verbal Scale to RF is shown below. Keep in mind that the RF has the same measuring unit on both sides of the colon.

To convert from RF to Verbal Scale you convert the fraction to familiar units of measurements.For instance: 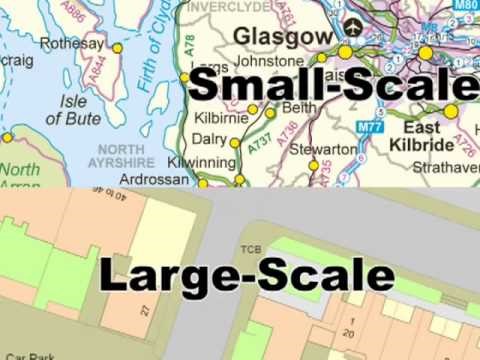 The scale of a map can be expressed in terms of how varied it is. Small scale maps are those that depict a big geographic area about the map's relative size. The fraction's small size relates to how little it is. A map of the entire planet is referred to as a small-scale map, whereas a map of a neighborhood is referred to as a large-scale map.

The small-scale map of the Chicago area in the example below displays just important transit routes and rivers. Much more data is available in the large-scale map, including all streets, building footprints, street flow direction, and expanded labeling of more features. 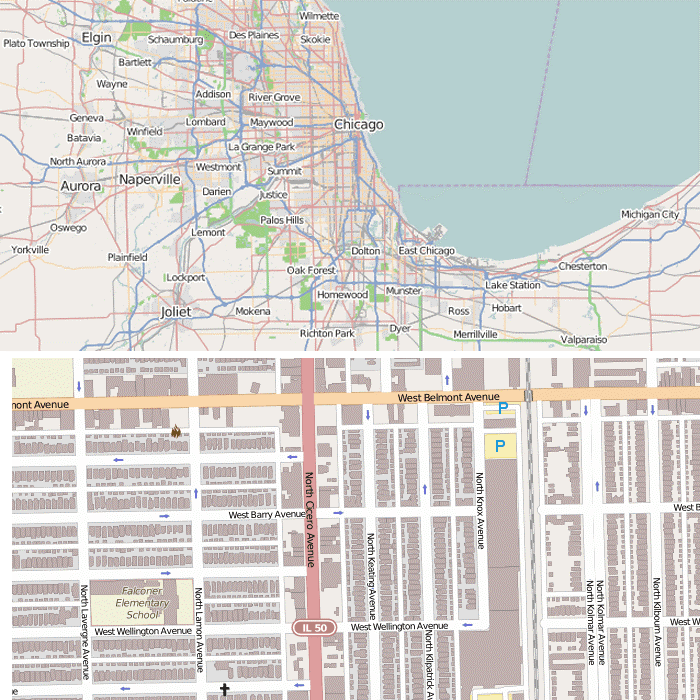 The link between a unit of length on a map and the corresponding length on the ground is known as map scale. It's also a measure of how much the region displayed on the map has shrunk. The map scale is critical for understanding it, both on paper and a computer screen. After reading the article above, hopefully, you’ll learn all the basics of a map scale.