EdrawMax V12 Now Available - Up to 60% Off to Get Edraw Products. Join Now! >>
Knowledge

A block and tackle are known to be a system of two pulleys hung via a rope or thread. In fact, two or more pulleys are hung with the same string that is threaded along with them. The primary goal is to lift heavy blocks or items that are unable to be lifted otherwise. 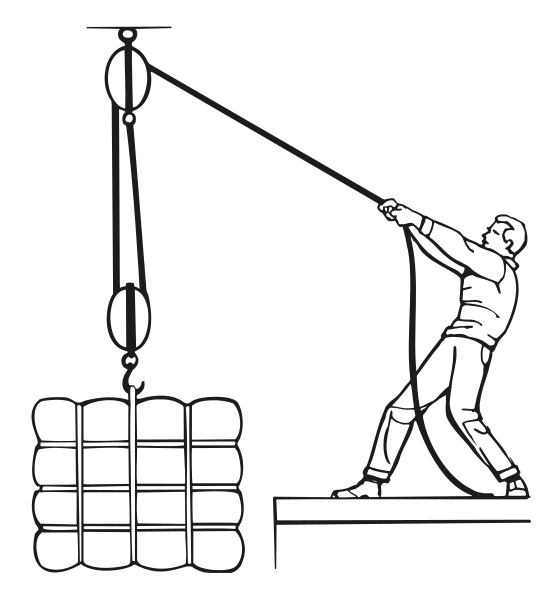 Want to Know More About It?

The pulleys are assembled or put together in a way that they form blocks. In addition to this, these blocks are paired so that one end of the rope is fixed while the other end moves freely to lift the heavy loads.

Furthermore, the rope is threaded along with the blocks to provide it the essential Mechanical Advantage. And this is exactly what amplifies the force that we apply to the rope.

How a Block and Tackle Works?

So, the working of Block and Tackle is a bit tricky. In addition to this, it works to provide the Mechanical Advantage to lift the heavy blocks and loads. However, for your better understanding, we have described the situation that contains various numbers of pulleys. Also, it will provide you a picture of how this Block and Tackle works.

Roping the Pulley Wheels for Lifting

The top pulley is hung on the bar at any height that is easier to reach. Once it is hung, the double tackle can be rigged. It is not necessary to hang just one or two pulleys, and several pulleys can be hung simultaneously.

Now the rope is brought down and through the bottom of the right pulley. Once it is done, the rope is pulled down to bring both blocks altogether.

Add as More Pulleys as You Want

Situations where objects are lifted via two or more pulleys 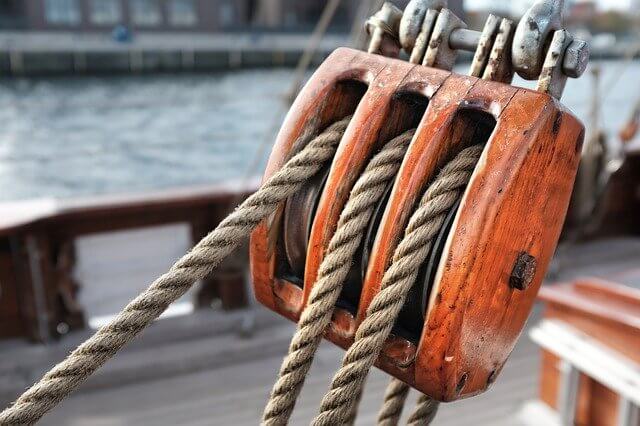 Why Block and Tackle is Being Used?

Block and Tackle rigging pulleys are widely being used in the fields of construction and Civil engineering. In addition to this, it has many advantages and disadvantages. For your ease and convenience, we are going to mention some of them.

Advantages of the Block and Tackle Pulley

Disadvantages of the Block and Tackle Pulley

How to Draw Block and Tackle Rigging Diagram?

You can find many tools on the internet that can help you draw Block and Tackle diagrams. It has a very simple method. All you need to do is select any software and follow the steps of drawing block and tackle rigging diagram.

Select an empty canvas where you can make your diagram. Or, nagivate to [Science and Education] > [Mechanics], find and open a template.

Once you are done with the selection, a page will be opened where you can draw your diagram.

Go to “Library” and search for “Mechanics,” and you will see all the symbols. 5. Select the symbol and start creating your diagram. 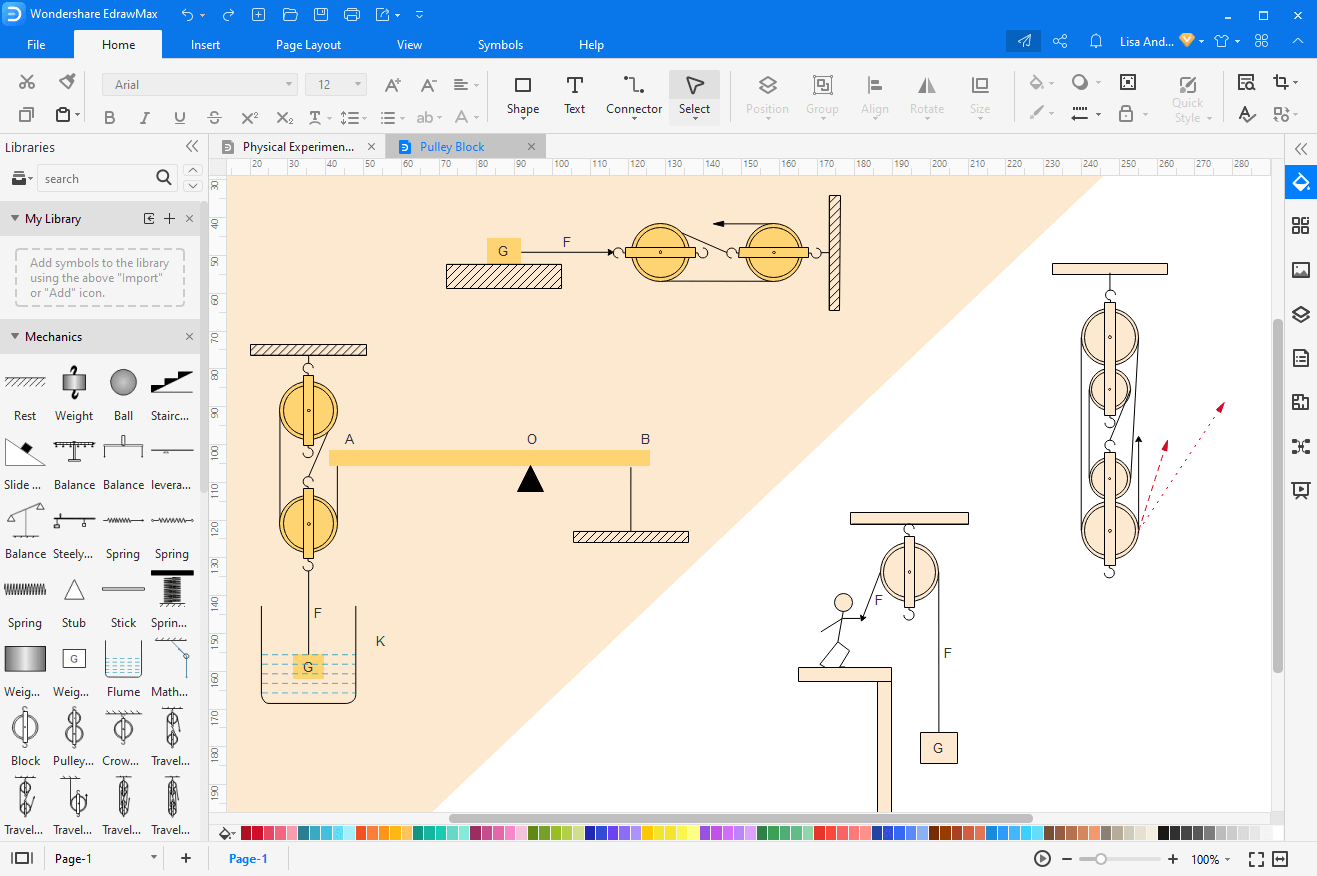 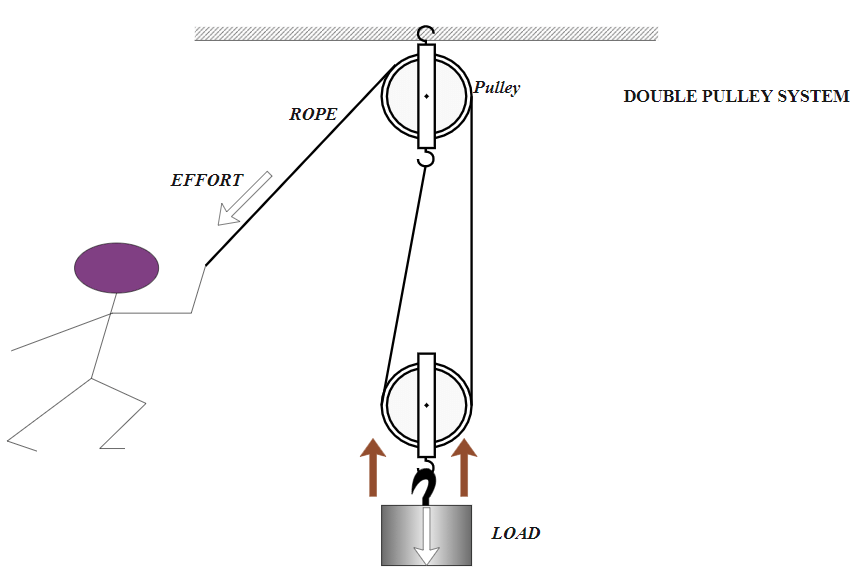 So, the above-posted picture is the best example of a Block and Tackle pulley as it displays its clear and primary goal, and that is to lift heavy objects. In addition to this, a man standing on the left side pulls the rope down, the other end of the rope is tied with a heavy load, and this end will lift the load. Thus, the man is pulling the rope down to lift the object, demonstrating how a block and tackle pulley could be lifted.

All in all, block and tackle pulleys are a smart, efficient, and cost-effective way to lift heavy objects. It is widely being used in many fields and has eased the tasks of lifting heavy objects. Block and tackle can be simulated via a diagram that can be drawn with many tools available on the internet. EdrawMax is one of the tools that help you draw this diagram with thousands of built-in tools.