What is a Frayer Model?

What is a Frayer Model?

A Frayer model is primarily a visual and/or graphic organizer that demonstrates the clear meaning, example, non-example, and definition of a particular word with the help of a four-square model. 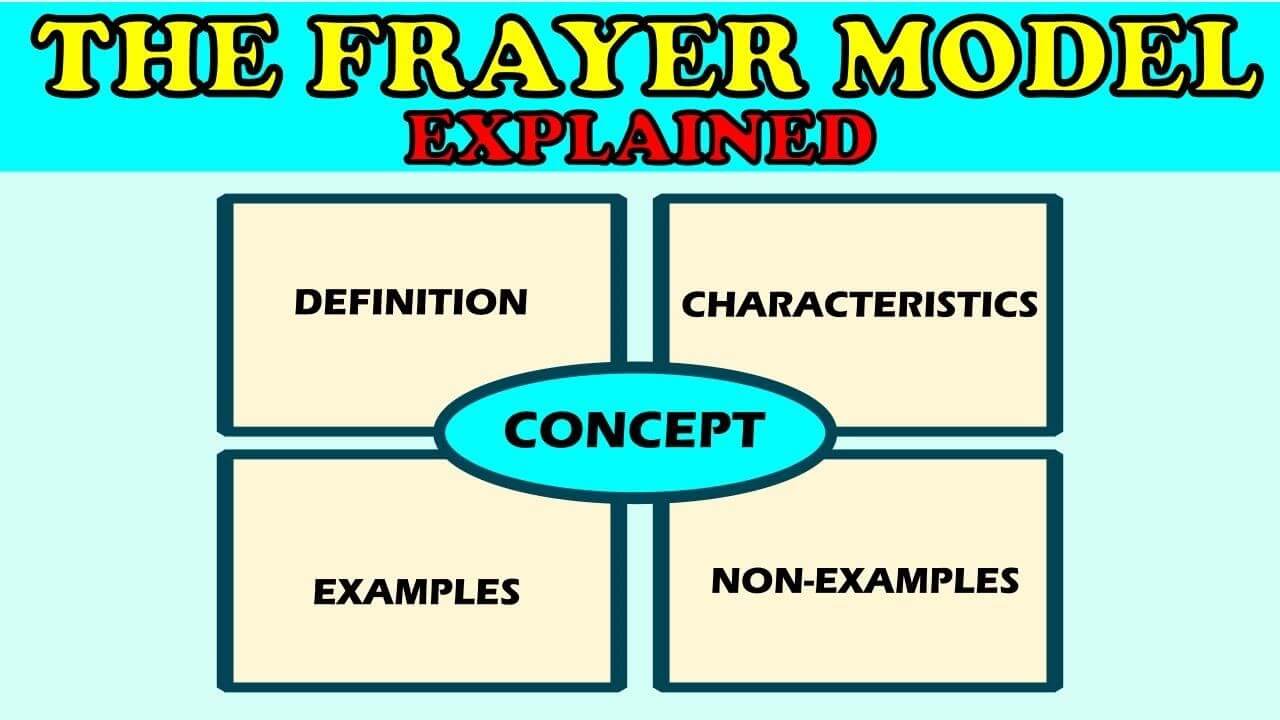 Other than this, a Frayer model prescribes an effective yet efficient technique to analyze and probe a particular topic or word deeply. The model helps in the deep analysis and helps create its link with everything possible that it is associated with.

Undoubtedly, visuals and appealing graphics help readers decipher and interpret a particular word's structure, meaning, and attributes. Thus, one can establish a clear link between words and concepts.

As mentioned above, a Frayer model is a square box diagram with four square boxes surrounded by an oval. The word or concept that needs to be analyzed deeply is mentioned in the oval, whereas its characteristics, attributes, examples, and non-examples are mentioned in the four boxes.

Since attractive visuals help people understand better, it also helps retain the knowledge in their minds. One can create a fine line of distinction between two similar yet confusing concepts and probe the notion deeply by mentioning its characters and attributes. 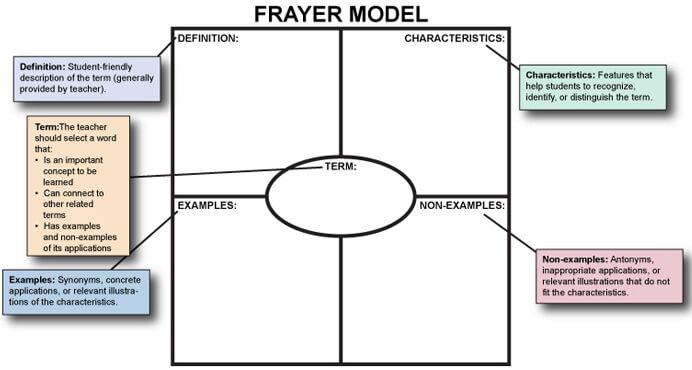 When and Where to Use Frayer Model? 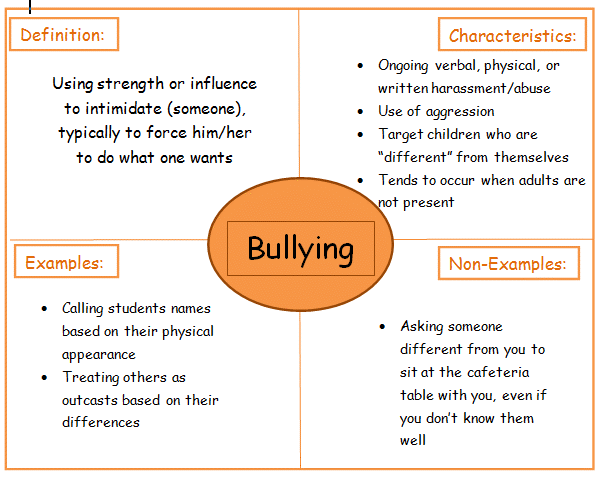 How to Use a Frayer Model in Your Class? 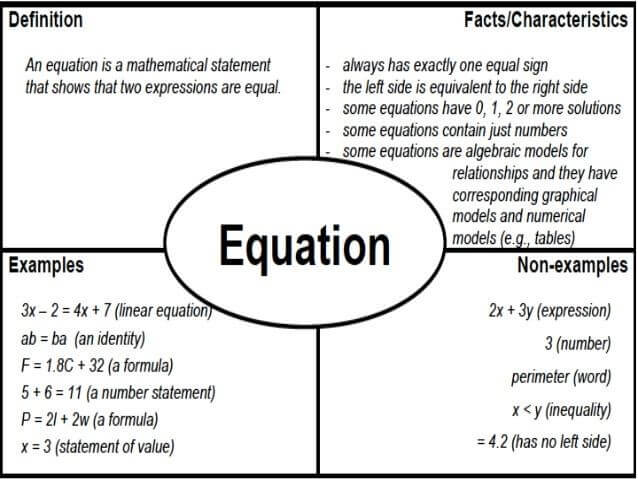 How to Make a Frayer Model?

For your information, the Frayer model can be developed physically on paper and virtually on the software. Following the below-mentioned steps, you can build your Frayer model quickly.

Step 01: Get a Frayer Model Template

First of all, find a suitable blank Frayer model template. It has a standard template; thus, you can find it anywhere on the internet.

Step 02: Add the Headings and Texts to the Model

The second step is to add headings and texts to your model. As mentioned above, headings are standard. Add the headings of definitions, characteristics, examples, and non-examples in the upper-left, upper-right, lower-left, and lower-right quadrants. And in the oval in the center of the diagram, write the topic you will analyze deeply.

The last step is to export and download your Frayer model to your computer. You can also share it with your colleagues and students.

Frayer Model Templates - How to Use the Model in Math and Science?

For your ease and convenience, we have mentioned some of the Frayer Model templates that were used in technical subjects like Mathematics and Science. Thus, the instructors and students can take guidance from the models mentioned below.

In the model mentioned above, the instructor has used Frayer's technique to explain a particular shape to his students. In the upper-left quadrant, the basic definition of the shape is mentioned. Next to it, some quick facts or characteristics are mentioned that helps students establish their understanding of the shape. In the lower-left quadrant, the instructor has given some examples of a quadrilateral and created a fine line of distinction between a quadrilateral and other shapes by mentioning some non-examples in the lower-right quadrant.

This will help students know the basics of quadrilaterals. In addition to this, they will distinguish quadrilaterals from a group of shapes as this model has helped them understand the difference between quadrilaterals and other shapes. 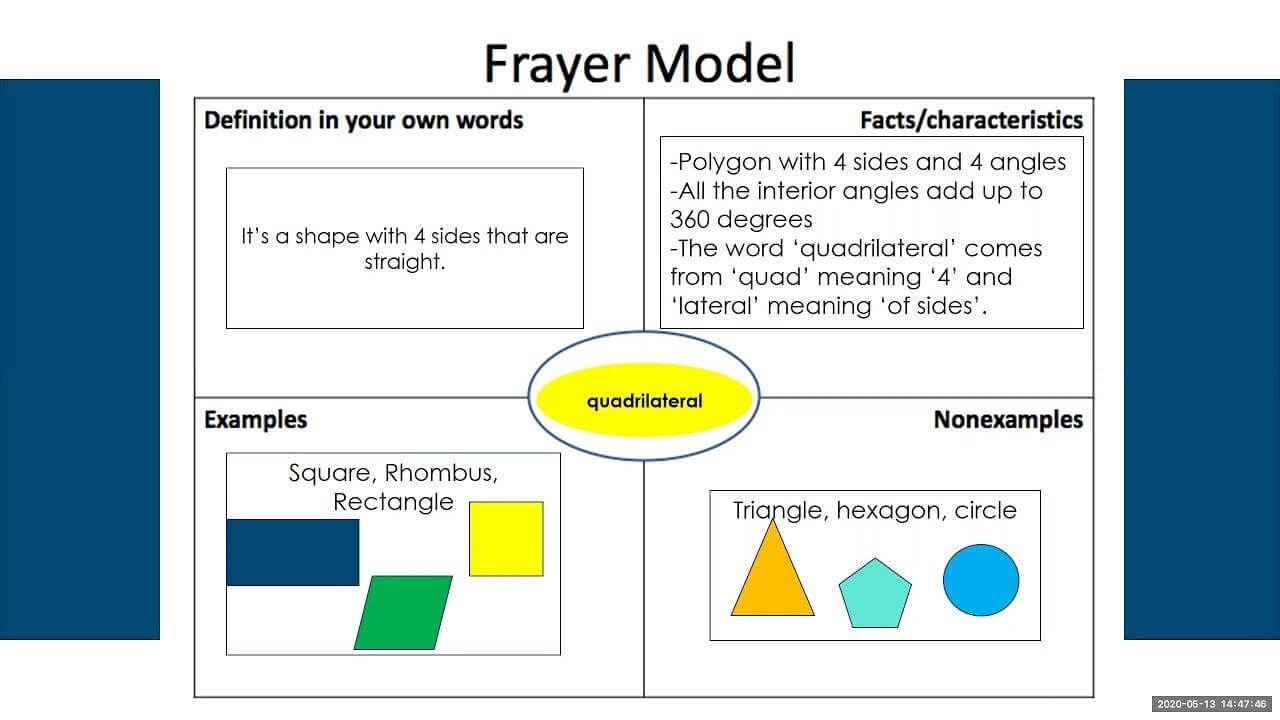 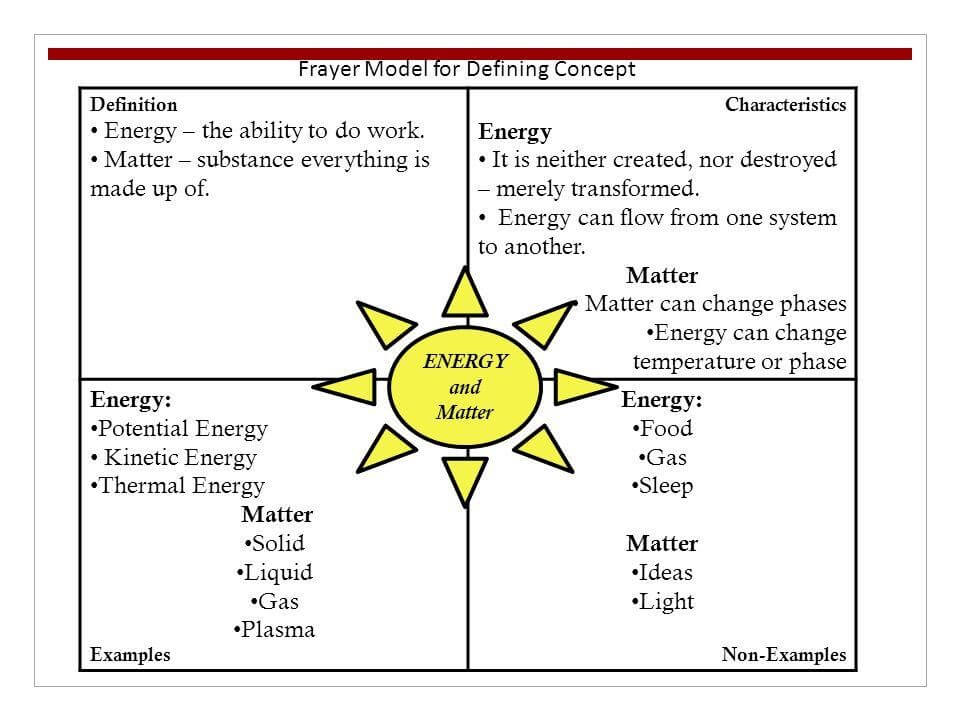 Undoubtedly, the Frayer Model has made tasks easier for all of us. Explaining the concepts and getting our thoughts and points across has become more accessible. This is because visually engaging content and diagrammatic representation have always helped create a better understanding of a particular concept. Thus, using a Frayer model in an office setting and classroom setting could help you develop a clear and better understanding of a specific concept or notion.

You can find templates and create your Frayer models very easily. Since it could be virtual and physical, therefore, you can find many templates online. In addition to this, several software has made our task more manageable. And EdrawMax is amongst the top software that can help you with creating a Frayer model. It has a very user-friendly interface. In addition to this, EdrawMax has thousands of templates that you can use to create a visually attractive Frayer Model. 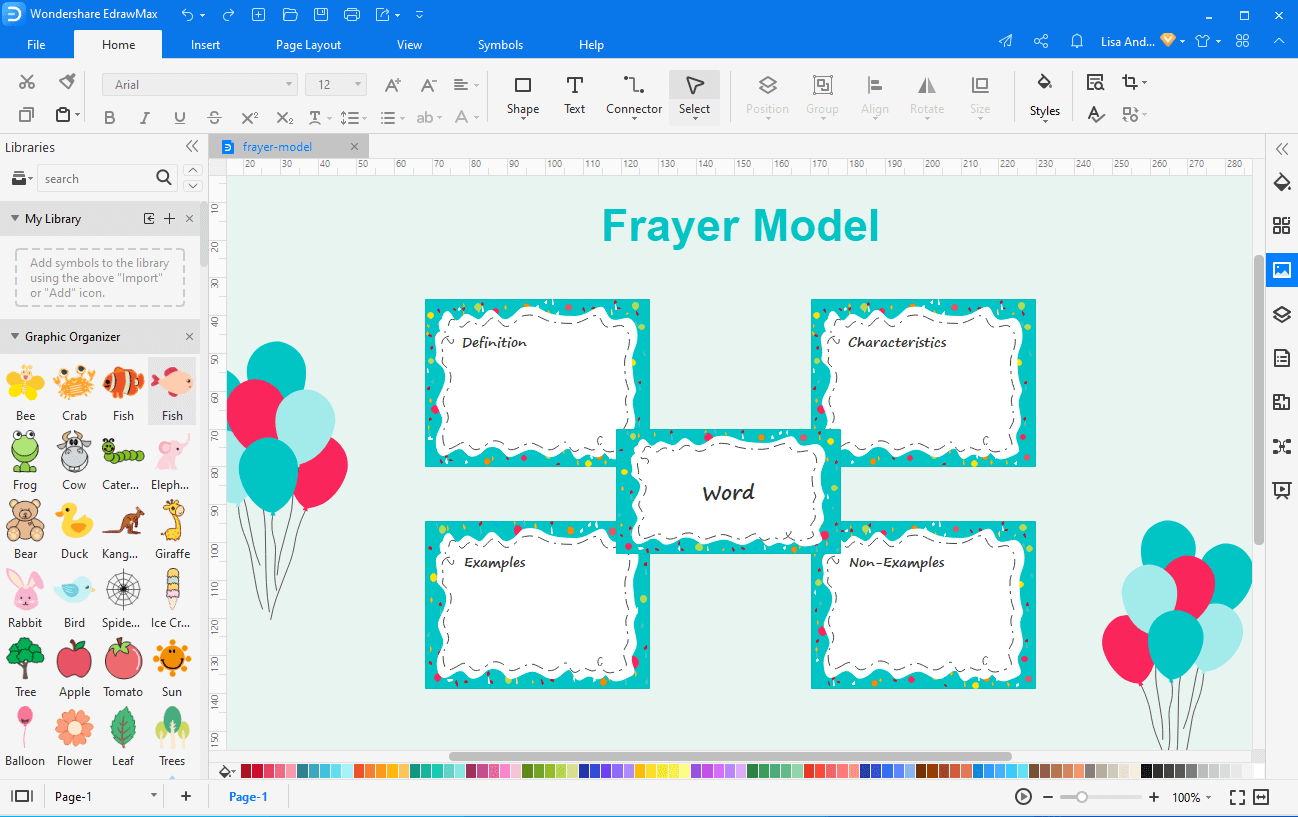