You may try electrical drawing software, which has built-in standard electrical symbols to rapidly and correctly draw electrical circuits.

The Definition of Electrical Circuits 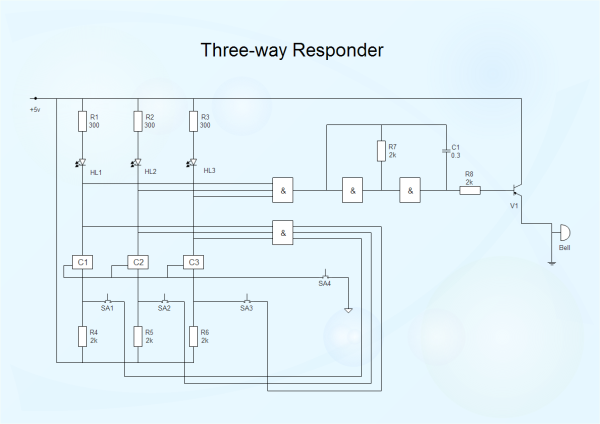 A switch is a device for making and breaking the connection in an electric circuit. We operate switches for lights, fans, electric hair drier and more many times a day, but we seldom try to see the connection made inside the switch circuit. The function of the switch is to connect or complete the circuit going to the load from the supply. It has moving contacts which are normally open. 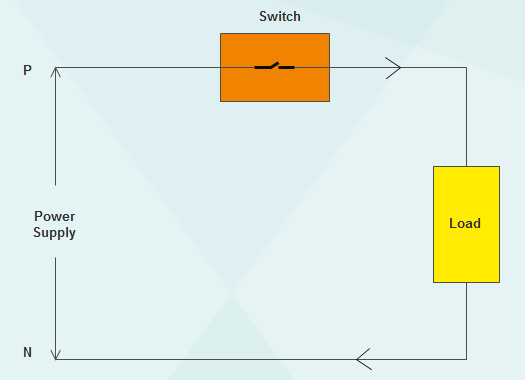 With a switch you can turn the device on or off, therefore, it is a very important component in an electrical circuit. 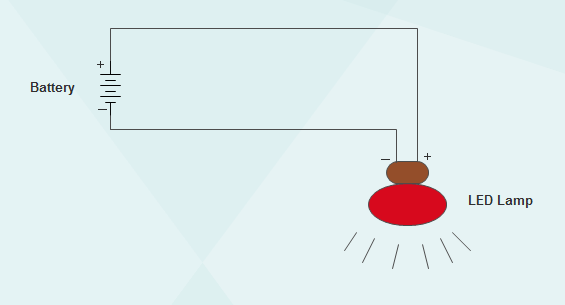 Once the above connection is complete, the LED lamp will light. Although it is simple electrical circuit, many people have no idea how to deal with the connection correctly.

If you are looking to build a temperature-sensing device or you need to add sensing capabilities to a large system, you will have to familiarize yourself with thermocouples circuits and understand how to design them. A thermocouple is a device consisting of two dissimilar conductors that contact each other at one or more spots, and it is used to measure temperature. As you can see from the picture below that a thermocouple is made of two wires - iron and constantan, with a voltmeter. If the cold junction temperature is kept constant, then the EMF is proportional to the temperature of the hot junction.

Voltmeter will measure the EMF generated and this can be calibrated to measure the temperature. The temperature difference between the hot and cold junction will produce an EMF proportional to it. Because thermocouple junctions produce such low voltages, it is imperative that wire connections be very clean and tight for accurate and reliable operation. Despite these seemingly restrictive requirements, thermocouples remain one of the most robust and popular methods of industrial temperature measurement in modern use.

How to Read Electrical Circuit