Part 1: What is Storyboard

If you are working on a film or a video or if you are trying to communicate with someone in a way where you have to show what your idea or plan is, storyboards are the way to go.

Storyboards are graphic organizers that help you fit your plan in rectangular panels (similar to comics). They are a way of expressing your ideas more visually. Whether you simply have a story to tell or you are explaining your idea to a client, storyboards make it easier to communicate. 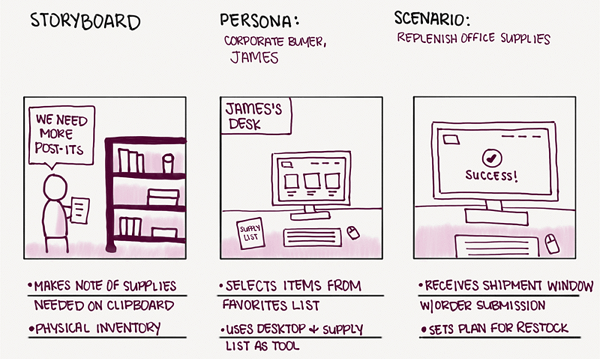 You may think storyboards were the oh-so-obvious way of going about any visualization, but they did not become the norm till the early 1940s. Storyboards were first made for the 1933 Disney short story Three Little Pigs and an animator, Webb Smith, is credited for the idea of storyboards.

However, nowadays storyboards are not only restricted to the art industry. People in other walks of life such as businesses, magazines, and educational institutes have also started using storyboards to pre-visualize their project or work.

Part 2: When to Use Storyboards?

Now you may be wondering what the ideal situation to use a storyboard is. Well, there are different situations and fields in which storyboards can be used. The entertainment industry is the obvious one, but you can even use them if you are part of a business or the education sector.

Whether you are creating films, commercials, or work in a magazine, storyboards are the best way to streamline your plan. In films, you can make storyboards containing a shot-by-shot sequence of the scene whereas in magazines you can align how your articles will be lined up.

In the business world, storyboards can be used to pitch ideas and give presentations. Furthermore, you can even show potential outcomes and present your ideas to peers in a way that is easy to understand.

Last but not the least, teachers and lecturers can use storyboards to give their lectures. They can be used to ensure that students understand the content correctly. This method is most useful in the primary classes to check the level of comprehensibility of students regarding stories.

It does not matter which field you work in, we are sure storyboards would somehow be able to make your work more interesting and fun.

Storyboards are most frequently used in the entertainment industry, more specifically in the film industry. So, the type of storyboard you use depends on the type of video and the number of people involved.

Here, we have listed three types of storyboards.

Traditional storyboards are the basic type of storyboards that include a pencil sketch of the main idea with a small description written alongside. These are drawn at the initial stage where the writer, producer, and director may discuss their ideas and what the story is. No animation or filming has been done before this part of the process. 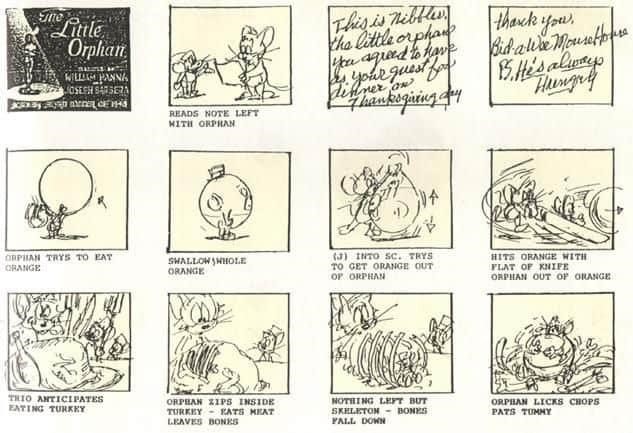 Traditional storyboards are still common in the film and TV industry. They allow for inexpensive changes to be made quickly.

Thumbnail storyboards are much more precise. The person drawing these usually has a very distinct idea of how the scene or story will look visually. This is why no written description is required when using this type of storyboard. The emphasis is more on the visual details of the scene. 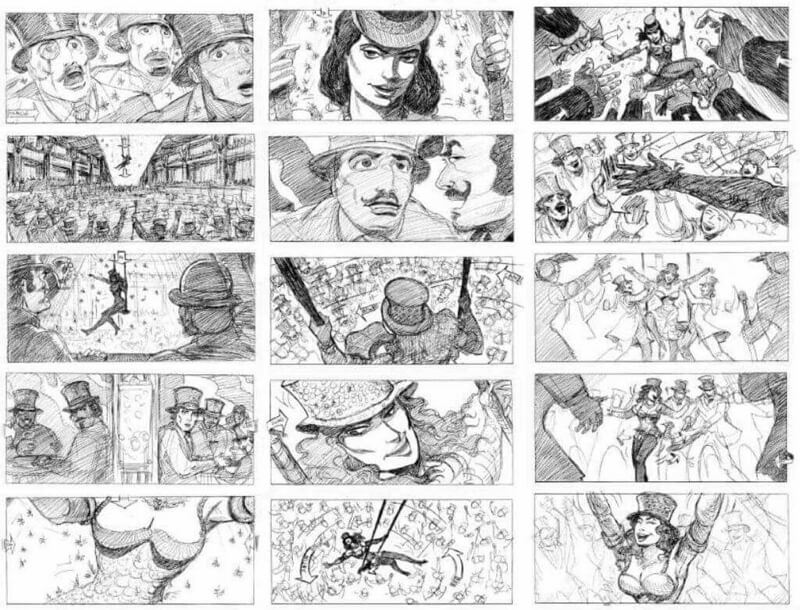 This storyboard is to be used when a small team is working on the project.

Digital storyboards are much closer to the final product. Now, instead of sketches, digital images are drawn to show the story. You use the exact graphics you are going to use in the final version and thus everyone gets an idea of what the end product is going to look like. 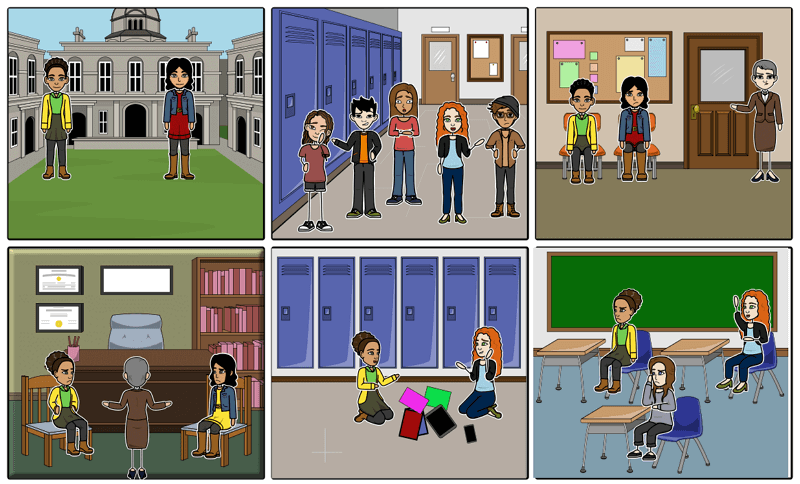 Descriptions or dialogues can be added depending upon your requirement.

Part 4: Why Use Storyboards?

Pre-production, you may be wondering if storyboards are even worth it. Well, here is why using storyboards is better than not using them.

● Shot-by-Shot Organization: Storyboards give a shot-by-shot visual representation of your story. So, they leave no room for any error. Moreover, they also help utilize space and time.

Therefore, it is safer to use storyboards so that you are better prepared for the production of your project.

Part 5: How to Create Storyboards?

The first thing to decide is whether you are going to work on paper or use online software to create your storyboard. Paper storyboards are easier to make but take more time to edit whereas online storyboards are quicker and much simpler to work with.

Once you have decided on the type of storyboard. It is time to start the drawing. Draw out your storyboard. Include the details of the story and the characters. Work on how the scenes are going to be shot. In this stage, don’t worry about the visual cues. Make rough sketches and make sure you have all the important details such as aspect ratio figured out. Also, ensure that your script is not slow and continuous.

3. Work on the Details

Once the story has been finalized, it is time to work on the visual details. Now, decide the setting of your scene. This is where you edit your storyboard and figure out all the small details about how the final shot will look like, the different camera angles and shots, etc.

This step is where you need to add the finishing touches. Add different camera movements to keep the shots interesting. Last but not the least, add shot numbers. Name and number your shots so that the crew and creative collaborators know the sequence.

Now that you have a storyboard, following are some tips to ensure a perfect one.

When creating a storyboard, there are some key points you must keep in mind to use the storyboard to its total capacity.

Before you start storyboarding, make sure you have all the details of your story. It is important that you know your characters inside out and the direction in which the story will be taken. This will help you visualize the characters and the surroundings easily. Make sure you ask yourselves the important questions. What and who is the story about? Where and when does it take place? What is the intended feel of the final product?

When designing a storyboard, don’t worry about the illustrations. Keep the drawings simple, and don’t be overwhelmed if you are not good at illustrations. As long as you are communicating your idea clearly, even stick figures will work. Simple but coherent storyboards can be just effective as full-colored ones.

This is the most important thing to keep in mind. Storyboarding is often being done in 2D, but don’t forget that the production will be done in 3D. So, plan your shots spatially. Think about the movement, perspectives as well as spatial connections between the scenes. If you can, visit your set to take an idea of how the scene will be shot, how the camera will move, and the angles at which it will shoot.

This is a 5W's storyboard that is often used for journalism, news reporting, or police investigation. A story is incomplete without the answer to these questions, so this storyboard template is great for setting your story straight. 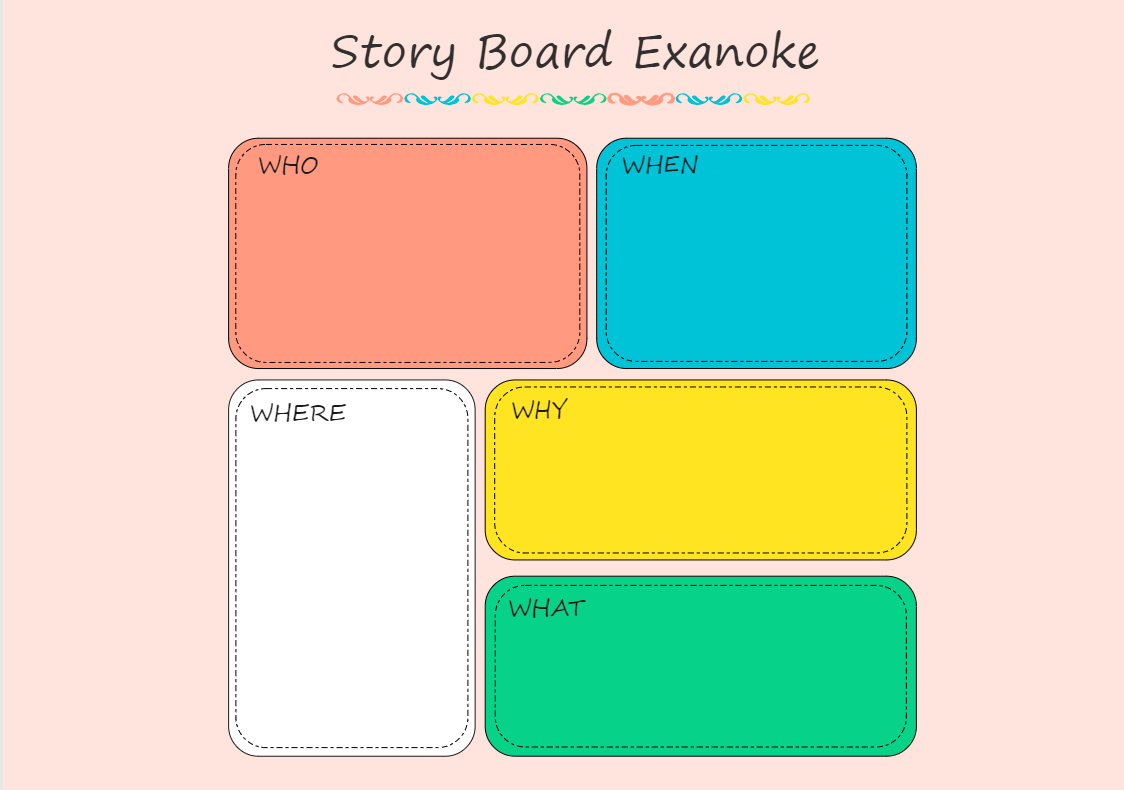 The template given below is a “Videology” storyboard. It has captions as well as pictures showing how a scene will play out in the final video. The camera angles and movements are also written. Use this template storyboard to plan out your video. 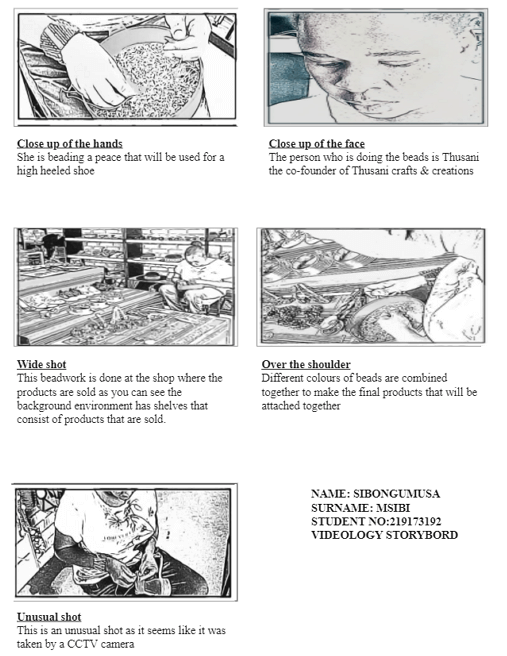 If you are new to the world of storyboarding, there may be terms that you don’t yet fully understand. Here, we will define a few terms so that you don’t have to worry about figuring out what something means.

These are a few words that you should be familiar with. However, there are many more words you need to know to have a perfect understanding of storyboarding.

We have given you most of the information you require to work on your storyboard. All that is left to do is for you to get on with it. Happy Storyboarding!!