Back to school, back on track! - Up to 70% Off and Best Price Guarantee. Check >>
Knowledge

Part 1: What is a Pamphlet?

A pamphlet is a brief and unbound publication that focuses on a single theme, usually educational. It is a form of the booklet used by businesses to advertise. Pamphlets are commonly used to educate and provide information to potential buyers.

Pamphlets can include anything from kitchen appliance information to medical information and religious dissertations. Pamphlets are important in marketing since they are inexpensive to manufacture and distribute to consumers. For similar purposes, Pamphlet have long been an effective method of political agitation and campaigning. 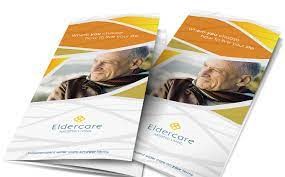 For decades, the pamphlet type of literature has been used to disseminate information cost-effectively. Short unbound or loosely bound booklets were referred to as Pamphlet until the advent of printing. The term came to be used to describe polemical, and propagandist works on current topics that were circulated in this format. Pamphlets were one of the first printed materials, and they were common in England, France, and Germany. The religious movement sparked the first great era of pamphleteering in the early 16th century. 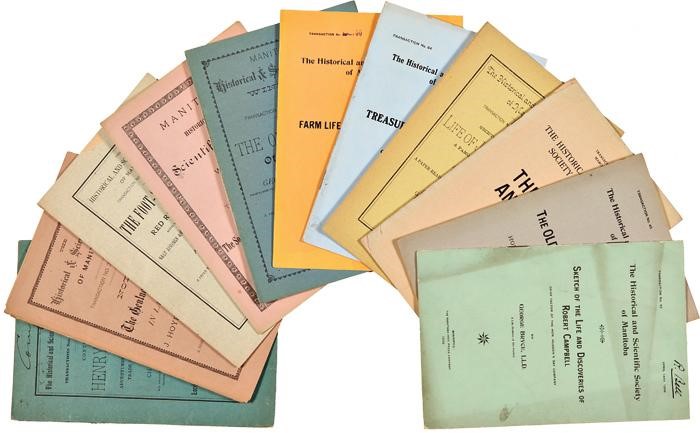 Moreover, pamphlets were popular during the Elizabethan period. Men like Thomas Dekker, Thomas Nashe, and Robert Greene used them for romantic fiction, autobiography, scurrilous personal violence, and social and literary criticism, among other things.

In the pre-magazine period, which ended in the mid-nineteenth century, pamphlets replaced magazine papers. In the United States alone, there were hundreds of them. People involved in political and religious topics, such as slavery, used them as a primary means of communication. Pamphlets never looked at both sides of an issue; most were openly partisan, attempting not just to educate but also to persuade.

However, since the twentieth century, Government agencies and educational institutions have mostly used pamphlets for facts rather than controversies.

Part 3: Advantages and Disadvantages of Pamphlets

In the digital era, plenty of businesses rely on social media sites and web pages to embrace their products and services. However, even in the digital age, printing techniques such as Pamphlet can be of great use. Here are a few advantages of using Pamphlet for businesses:

While Pamphlet have many advantages, they have a few drawbacks as well. These are as below:

Mainly, Pamphlet are of three types. Each of these is used to deal with different kinds of information. They are as follows:

Pamphlets have long been used to promote political movements and demonstrations. Common Sense, a political pamphlet written by Thomas Paine in 1775 and advocating for America's independence from Great Britain, is a well-known example. Pamphlets can quickly spread new ideas because they are simple to manufacture and distribute. 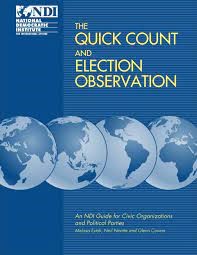 Town and city administrations use civic Pamphlet to share news about local issues such as elections, ordinances, etc.

Pamphlets are also a helpful tool for non-profits, non-commercial organizations, and some sectors, such as healthcare. If you've ever visited a doctor's office, you've probably seen Pamphlet intended to educate patients on a variety of medical topics, for instance: 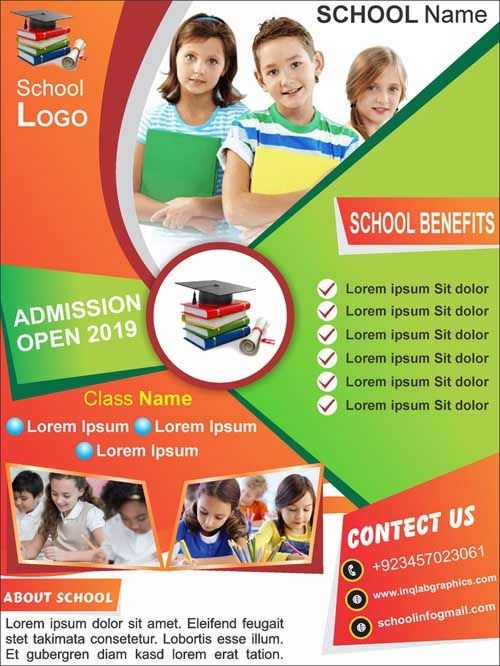 The basic purpose is to inform and educate.

Pamphlets about various countries and cultures can be published by cultural organizations. Readers who want to learn more about a specific location or group of people may get insight into geography, population, and demographic data. 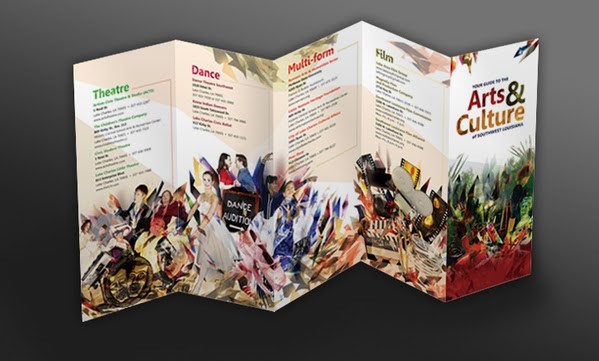 Part 5: How to Make a Pamphlet

If you're searching for how and where to make a pamphlet, don't search any further. You have a fantastic option - EdrawMax Software, which is a user-friendly framework that involves pamphlet models. You, on the other hand, have a preference. You can either design your pamphlet from scratch (because this tool includes all of the necessary steps) or use a ready-made template. To do so, follow the steps below. 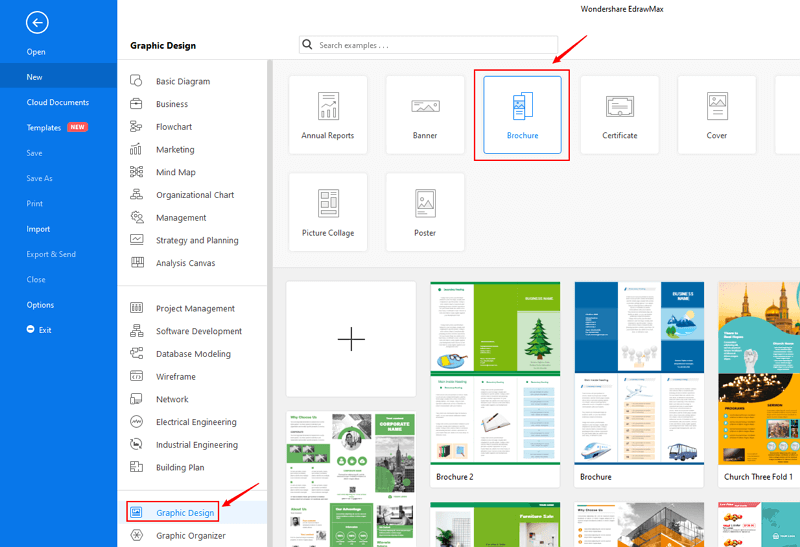 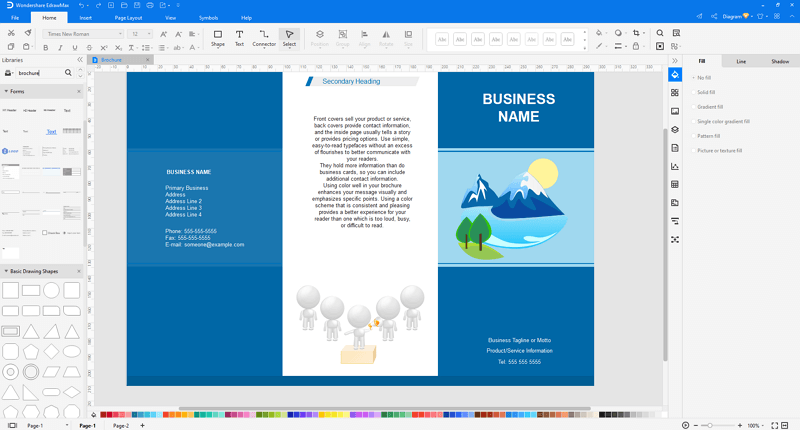 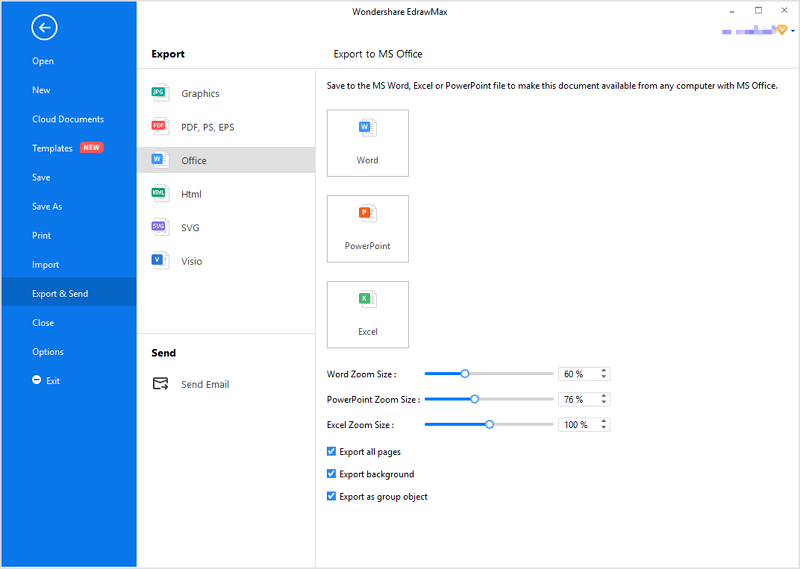 To make your pamphlet stand out, here are a few additional designing tips. 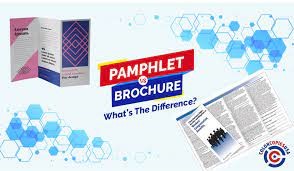 The distinctions between Pamphlet and brochures are often overlooked. They do look similar. However, they have slight variations. If you find it confusing, look at the differences between the two below.

Pamphlets are not published regularly. They're published in layman's terms, with no unnecessary words. To convey a consistent meaning, authors present text and images in an ordered manner. They have very few pages that are often left unbound. Pamphlets may be folded in several ways, including half-folding, third-folding, and fourth-folding. Pamphlets are often used to promote events, political campaigns, and other forms of organizational communication.

On the other hand, a brochure is commonly used to advertise a company and promote its services or products. Brochures seem to be the in-thing in the corporate world. It is jam-packed with useful material and made up of several pages that are bound together. Brochures are typically used to promote goods and services. They are notable in that they use more pictures than words.

Brochures and Pamphlet are not the same things, despite their similarities. Pamphlets aim to educate rather than to sell, whereas a brochure promotes.

In the above article, everything from the history, advantages/disadvantages, types, tips, and how to make a pamphlet are discussed. Please read the article to gain an insight into how useful Pamphlet are and how you can utilize them to promote your businesses.