Have you always been interested in the genetic study of both animals and humans? Do genetic diseases running in your family make you think often? Then a pedigree diagram is for you! Etching the same in your pastime will not just educate you about your earlier generation but also help you in a genetic study.

Part 1: What Is a Pedigree Chart?

While Wikipedia defines pedigree chart as a simple diagram depicting the phenotypes of a specified organism along with its ancestors, in layman language, it’s a perfect way to analyze inheritance patterns and traits running through a family. Though it appears much like a family tree in structure and form, in reality, it’s a working document covering hereditary diseases and similar other areas of study. 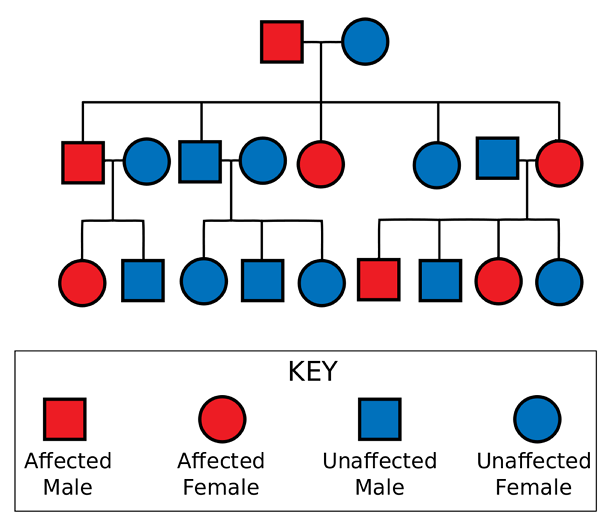 As you can check out from the image above, it’s presented mostly in the form of a readable chart, filled up with standard symbols, whereby squares represent males, and circle denotes females.

People, who wish to study the presence of a genetic condition in a family and determine the chances of a newborn having a particular genetic disorder, usually resort to pedigree diagrams in real life. Apart from humans, the same finds application in selective animal breeding, whereby the chart plays a vital role in the breeding program, aimed to improve the desirable traits in them.

By now, you must have gathered an understanding of pedigree diagrams and their very purpose. But, if you haven’t quite grabbed knowledge about the benefits rendered by it, get them straight here.

Given the benefits promised by pedigree analysis, one is often encouraged into the same, but only after clearing up of confusion. The latter is often felt by people who mix up the concept with a family tree and genogram.

Since the subject of the article is a pedigree diagram, let’s draw a comparison chart of the same against a family tree at first and genogram later.

Let’s consider two pedigree chart examples, one of a dog and the other of a human, to understand the concepts better. We bet going through them would strengthen your knowledge.

Example 1: Pedigree Analysis of a Dog 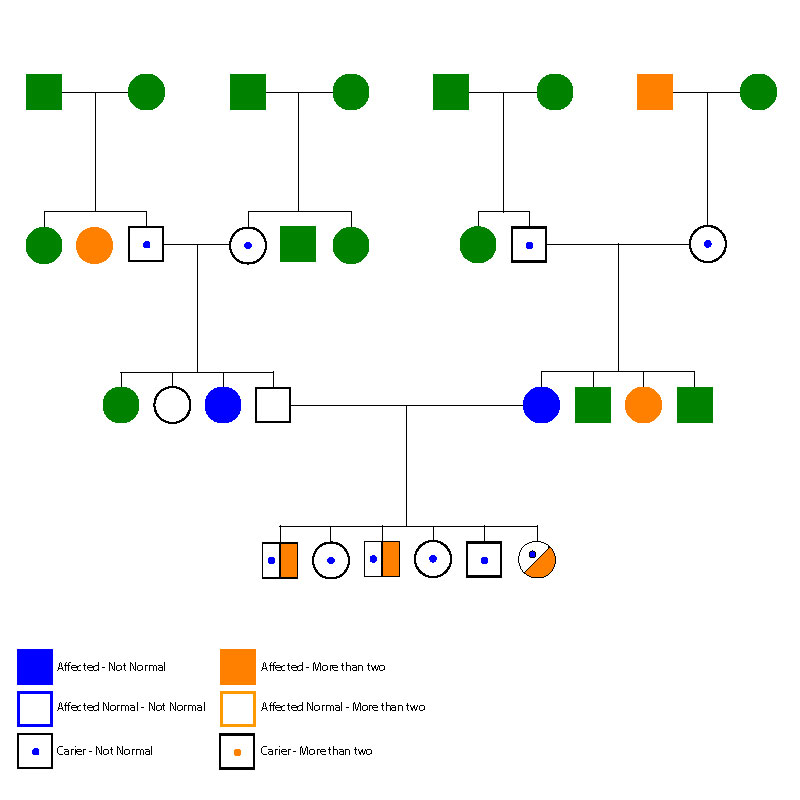 Typically, it’s used up by breeders to study temperament, health and exclusive traits of a dog. Before starting, let’s make it clear that the diagram captures the strengths and weaknesses of litter-mates and their ancestors. A close look at the same would ultimately help you improve certain traits in the offspring and eliminate the problem areas.

What sets the diagram apart from others is the inclusion of littermates at all levels, except for the oldest generation. Using the same, one can easily extract the necessary information for suggesting improvements and minimizing issues.

Coming back to the elements used up in the diagram, as you can check out from the illustrated picture above, there are squares and circles, whereby the former represents males and the latter females. The rest you can easily make out from the labels given below the chart. As for designated shades, these portray certain disease or traits, whereas the repetition of anything speaks for patterns, which might have been passed on to the next generation. 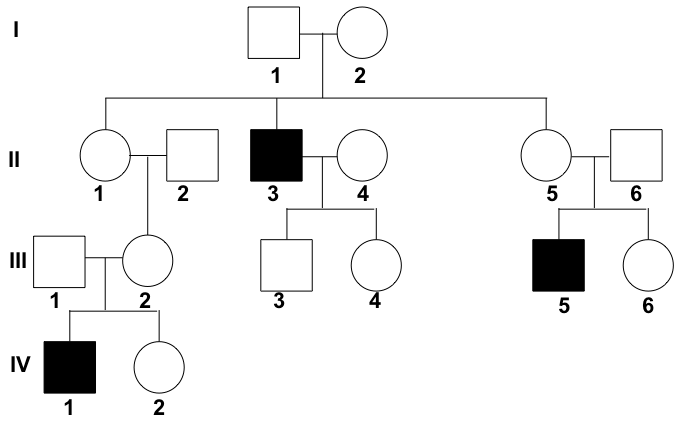 Let’s take the case of X-linked recessive trait - color blindness and its inheritance under human pedigree analysis. If the chart represents the same, then it would appear somewhat like the diagram illustrated above. The Roman numerals on the left stand for generation, whereas the digits symbolize siblings. Only the topmost shapes indicate parents from which children branch out, and as discussed before, squares designate males, whereas circles stand for females. On the contrary, opaque black shapes denote the presence of the trait.

Now coming back to the explanation of the process, as you can check out, both the parents were free from the trait. But, one of their kids (II-3) suffer from color blindness. It suggests that the attribute is recessive, and the same seems to occur mostly in males of the family. You can get a hint of the same by looking at the diagram above, where only a few of the squares have an opaque finish. Others are free from it.

Edraw Max is a versatile software, simplifying the pedigree diagram making without taking professional help or breaking one’s bank. One of the many benefits of installing it in your system is convenience. Users need not leave their homely comforts to approach an expert for creating a chart. One can sit at home and design it by themselves and lend to it an expert touch. All you need to do is follow the steps below to complete the technical drawing successfully.

So, the next time you plan to etch a pedigree diagram, don’t forget to take the assistance of this software to render a professional touch without exceeding your budget. Edraw Max online can simplify your job and save you both time and money. Get started right away!