True Romance from Edraw. Up to 60% Off for this Valentine! Check it now >>
How-Tos

How to Design a Network Topology Diagram

Part 1: What is Network Topology Diagram?

Network Topology refers to the way in which a network is arranged. More specifically, how the various devices, connections and nodes of the network are physically and logically arranged relative to each other. The way in which these elements are arranged can have an impact on an organization's security and connectivity.

Having the right arrangement can be the difference between having a broken network, and one that is optimised for your specific needs. A properly managed network topology will focus on two aspects: physical topology (how are the physical devices and cables set up?) and logical topology (what is the data flow like throughout the network?). Staying on top of network topology will ensure that your organization has the best functioning network possible.

Part 2: How to Make a Network Topology Diagram Effortlessly? 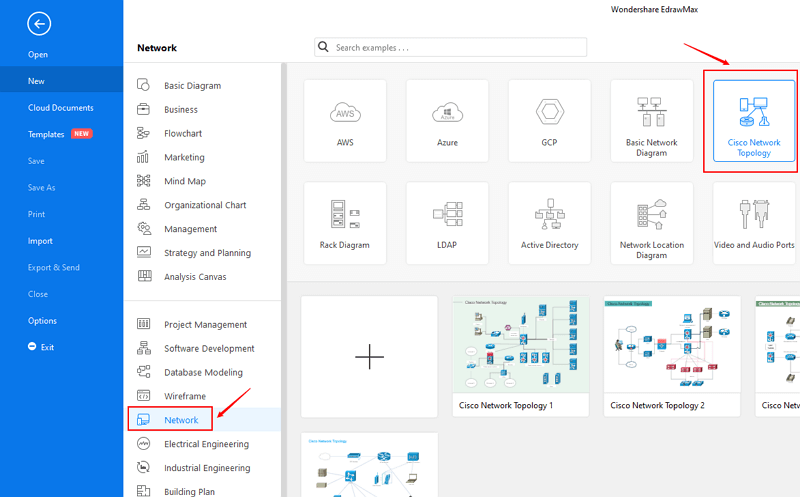 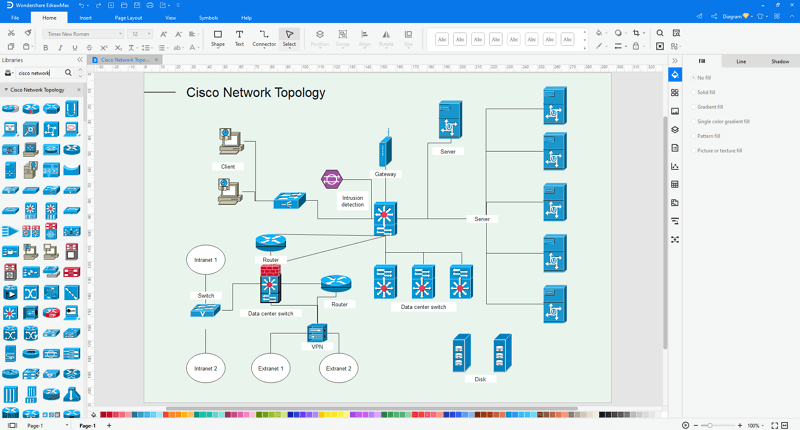 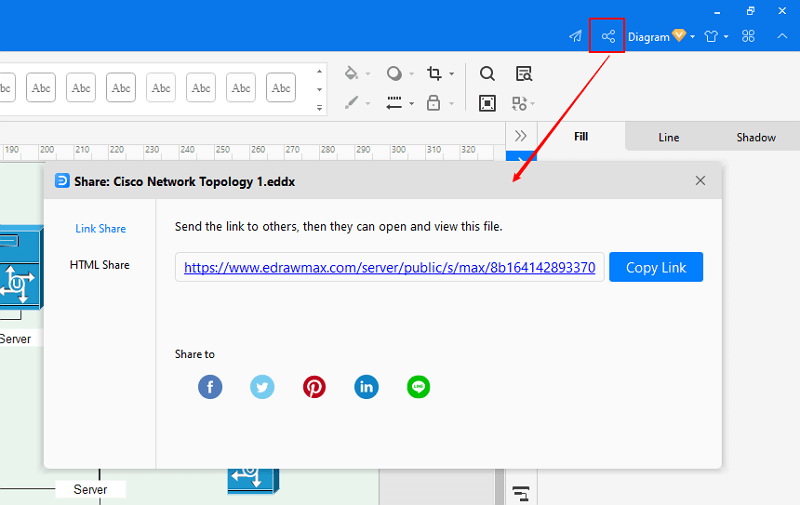 In the diagram, one computer is used to represent the server, which exchanges data between the rest of the other (client) computers. Additionally, other devices such as printers and scanners can be included in the bus topology diagram. 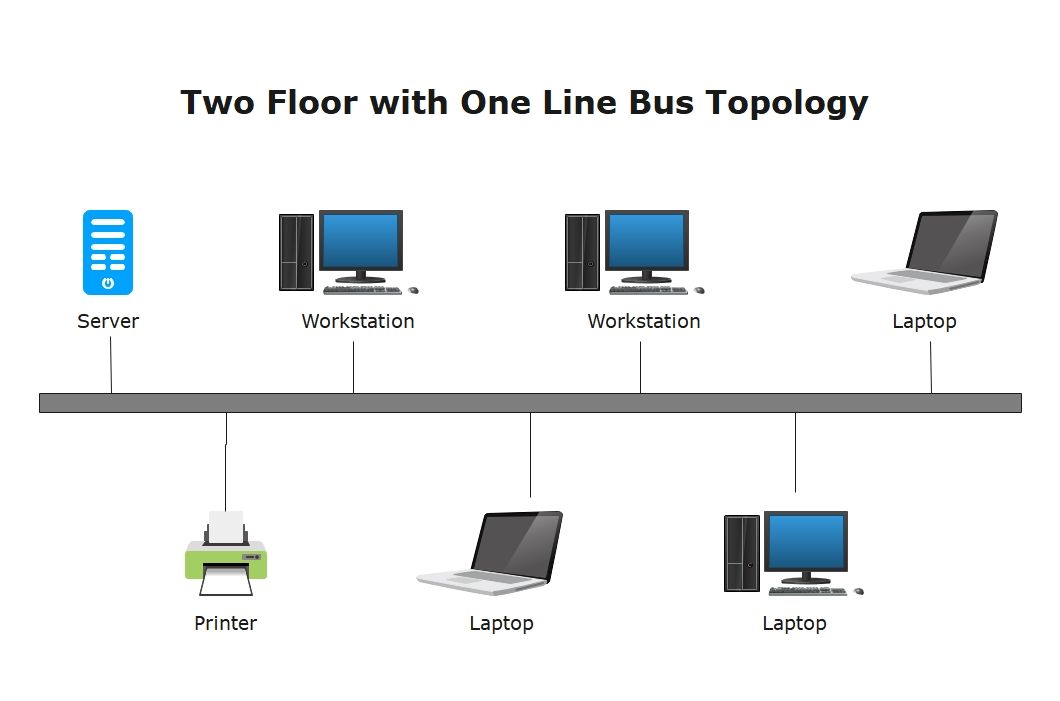 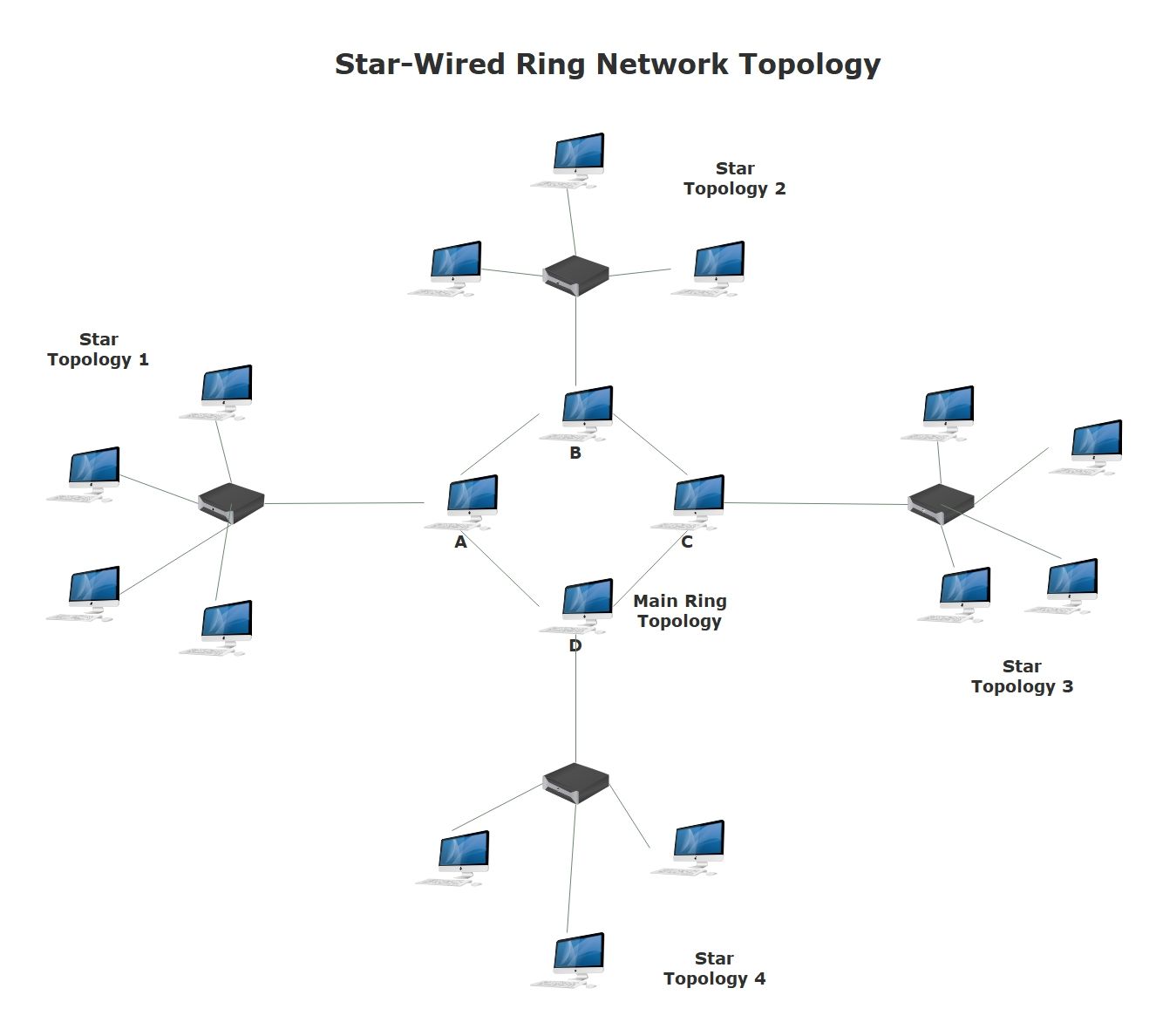