True Romance from Edraw. Up to 60% Off for this Valentine! Check it now >>
How-Tos

How to Conduct Five Forces Analysis

Part 1: What is Five Forces Analysis?

One way for businesses to analyse the level of competition in their field is by conducting a Five Forces Analysis. Conceived by Michael E. Porter of Harvard University, he identifies the five forces that determine competitive intensity as threat of new entrants, bargaining power of suppliers, bargaining power of buyers, threat of substitute products or services, and existing industry rivalry.

The Five Forces Analysis is a useful tool as a starting point for companies that are looking to analyse their playing field and determine the competitive landscape that they are playing in. This can inform companies whether to enter an industry at all, whether to increase their capacity in an industry, and what strategies should be developed in order to remain competitive.


Part 2: How to Create a Five Forces Analysis Diagram Effortlessly? 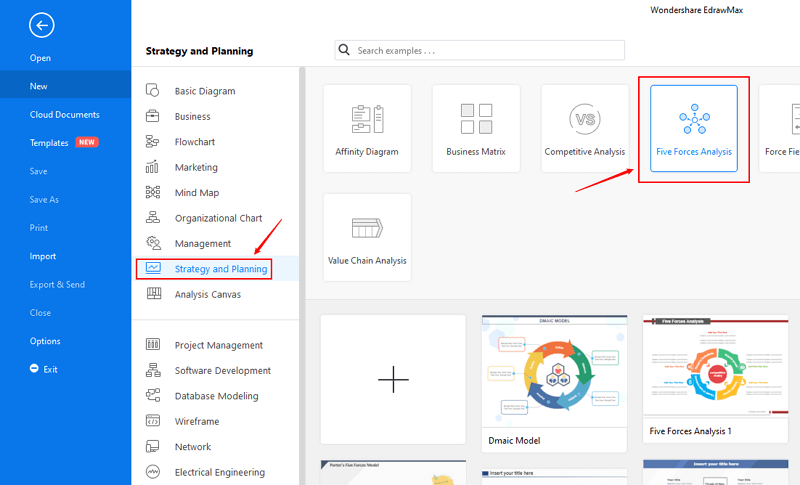 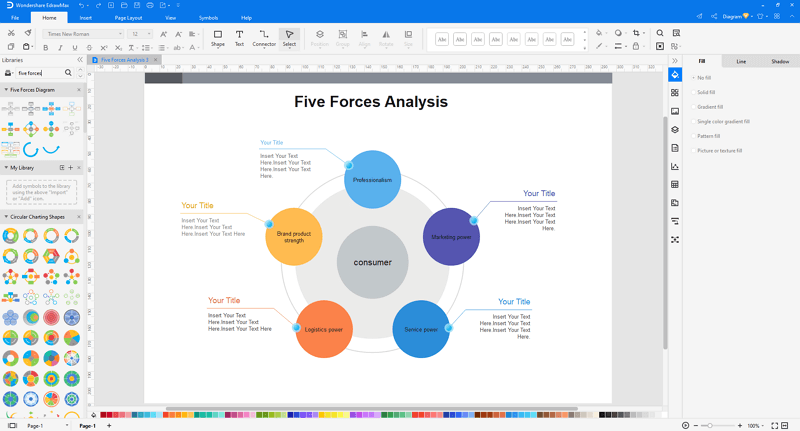 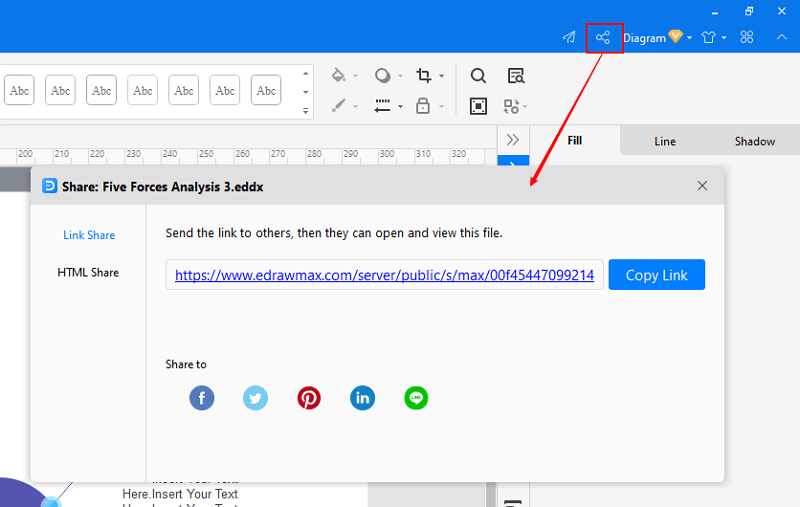 This is an example of five forces analysis for evaluating a job, which is a common issue that everyone would fave up with in their career life. When changing a job, it means you will have the chance to get a higher salary, learn new skills. But, in the meantime, you should meet big pressure, and uncertainty. 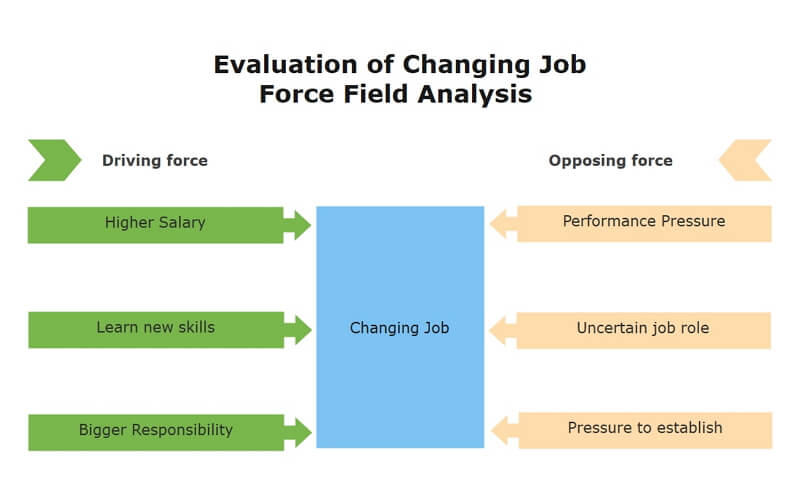 This is another example to analyze the market changing by five forces analysis. If choose to change into cereal market, there are new customer segments could obtain, which may increase the sales. However, it still contains risks since the new market and the existing competition. 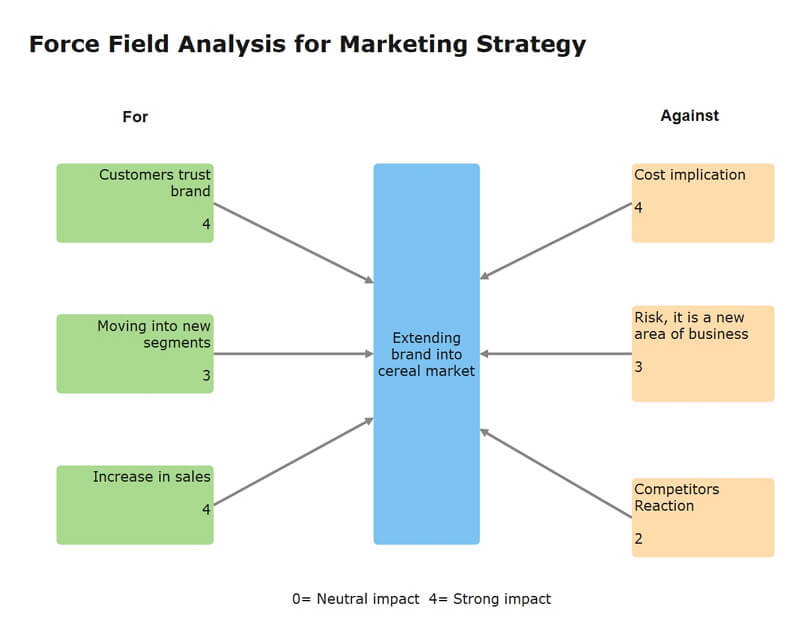 Related Articles
How to Conduct PEST Analysis How to Do A SWOT Analysis How to Make A Yourdon and Coad Diagram How to Make A SSADM Diagram How to Create a Roadmap
Conduct a Five Forces Analysis with EdrawMax. Try it Free!
LEARN MORE
Popular Now
Electrical Symbols
8 Project Management Tools and Softwares in 2021
Flowchart Symbols and Their Usage
Explain Algorithm and Flowchart with Examples
A Complete Guide for Personal SWOT Analysis with Examples
Fight Against Coronavirus: Work from Home with Useful Telecommuting Tool
How to Create Family Tree