What to Include in an Emergency Action Plan

> Basic Diagram Knowledge > What to Include in an Emergency Action Plan

What is Emergency Action Plan?

An emergency action plan (EAP) is a written plan telling employees how to act during workplace emergencies. It usually shows step-by-step procedures, together with the escape routes and the emergency shelter location. A good EAP will result in minimal injuries and facility damage during an emergency situation.

What to Include in an Emergency Action Plan?

To make every employee clear of what to do during emergencies, the following elements should be included in the action plan:

When accident occurs, the first person who discover the situation need to take action immediately. Besides pulling a fire alarm or calling 911, he might also needs to report the emergency to a designated emergency coordinator, so that people who is authorized to take responsibility will organize people and control the situation. Write the person's name, job title, phone number, etc.

Whenever the alarm sounds, all the people will evacuate by designated routes to predetermined assembly areas. The evacuation procedures includes what employee should do and should not do during the evacuation. For example, they should keep organized all the way, do not block the street, keep away from dangerous areas, follow the established evacuation routes, etc.

It's necessary to put an evacuation diagram showing the escape routes on the emergency action plan. Make sure the diagram is accurate and clear. Highlight the routes and important parts if necessary. Unlike words, the visual evacuation diagram can be easily captured and remembered by employees.

Notes what critical operations or processes that must be shut down during an evacuation and who will shut them down.

Designate a person who will take a head account of the employees after they have arrived at their designated meeting places. Send the names and possible locations for all unaccounted people to someone who is in charge.

Write the duties, responsibilities and contact information assigned with rescue and medical tasks. 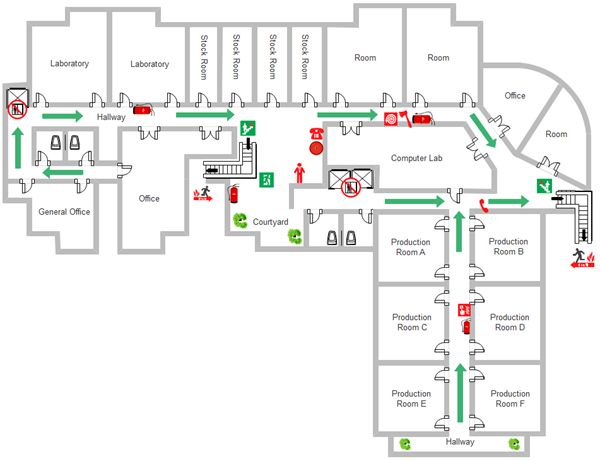 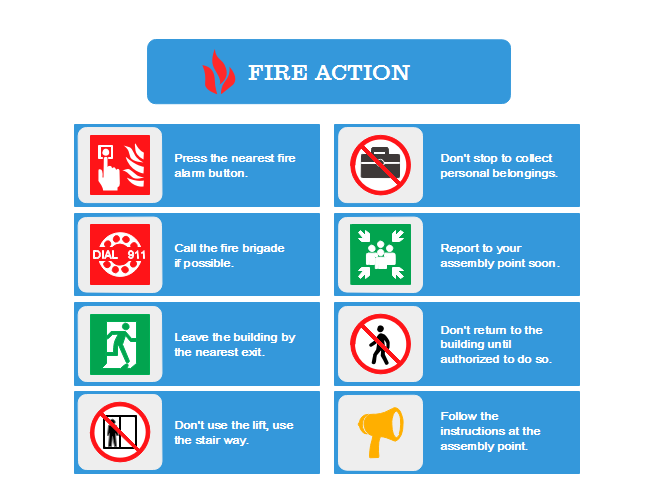 How to Create Floor Plan