Posted by James Freeman | 12/23/2019
Scatter charts, also called scatter plots, are used to plot data points on a horizontal and a vertical axis in the attempt to show how much one variable is affected by another.

Scatter charts usually consist of a large body of data. Each row in the scatter chart data table is represented by a marker whose position depends on its values in the columns set on the X and Y axes. The relationship between two variables is called their correlation.

The Definition of Scatter Chart 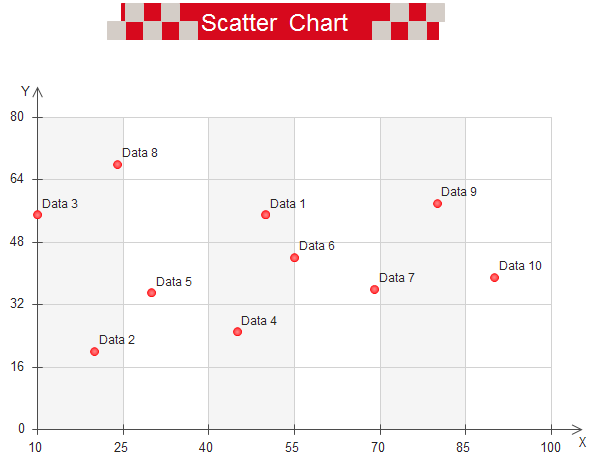 There is a maxim in statistics that says, "correlation does not imply causality." In other words, your scatter plot may show that a relationship exists, but it does not and cannot prove that one variable is causing the other. There could be a third factor involved which is causing both, some other systemic cause, or the apparent relationship could just be a fluke. Nevertheless, the scatter plot can give you a clue that two things might be related, and if so, how they move together.

When to Use Line vs. Scatter Charts

Line charts provide an excellent way to map independent and dependent variables that are both quantitative. When both variables are quantitative, the line segment that connects two points on the graph expresses a slope, which can be interpreted visually relative to the slope of other lines or expressed as a precise mathematical formula.

Scatter plots are similar to line graphs in that they start with mapping quantitative data points. The difference is that with a scatter plot, the decision is made that the individual points should not be connected directly together with a line but, instead express a trend. This trend can be seen directly through the distribution of points or with the addition of a regression line. A statistical tool used to mathematically express a trend in the data. 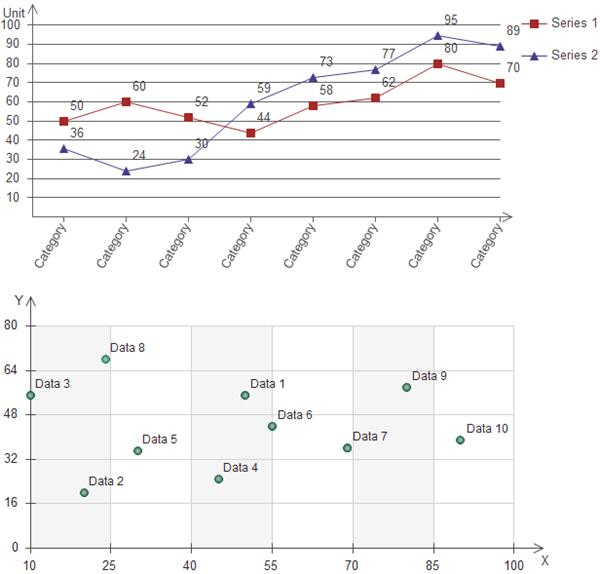 Steps to Draw a Scatter Chart

First things first, choose your favorite scatter chart shape from library which is on the left of the canvas.

There are lots of options on the floating button. The first option is "Load data from File", please kindly note the default format of our example data file is text (.txt) file. Tips: Edraw also supports csv file, text and csv file exported by Excel. If you installed Office Excel, Edraw can load xls and xlsx file.

You may also add or delete a point, set point number, set max and min value and hide data labels. The last option on the floating button is "Appearance Options". When you double click it, a small window like the picture below shows will appear. 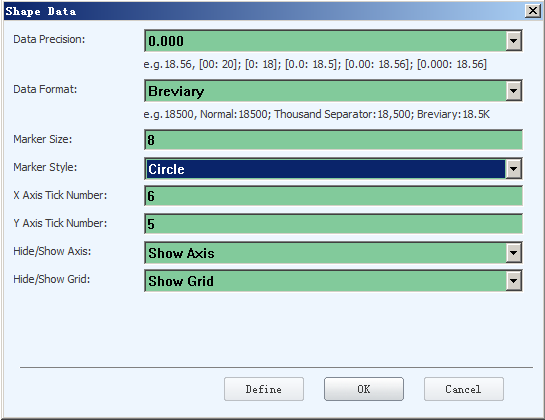 You may customize other scatter chart features to make it look more attractive.

How to Create a Scatter Chart