Do You Want to Make Your Star Topology Diagram?

Are you planning to expand your business network in the future? If yes, then star topology is the best option for you. This is because Star topology provides the benefit of easily adding a new site. Moreover, by connecting all of the systems to a single node, the star topology reduces the chances of network failure.

Let's get started, then! 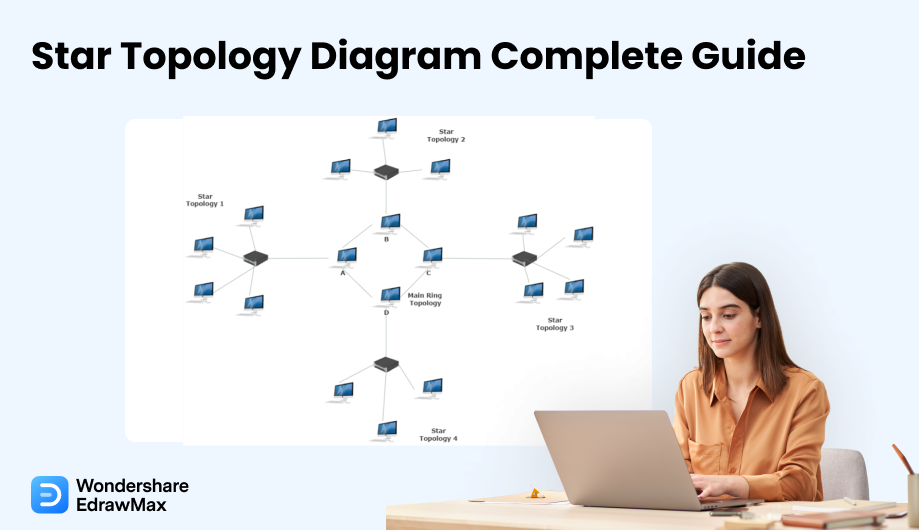 1. What is a Star Topology Diagram?

In a star topology, nodes are also known as hosts. To connect nodes, cables such as optical fiber, twisted pair cable, RJ-45, and coaxial cable are used. The central device is in charge of controlling and directing all network traffic. The network performance is determined by the central computer's capacity, switch, or hub. New nodes can't be added to the network if the central device can't handle more nodes. 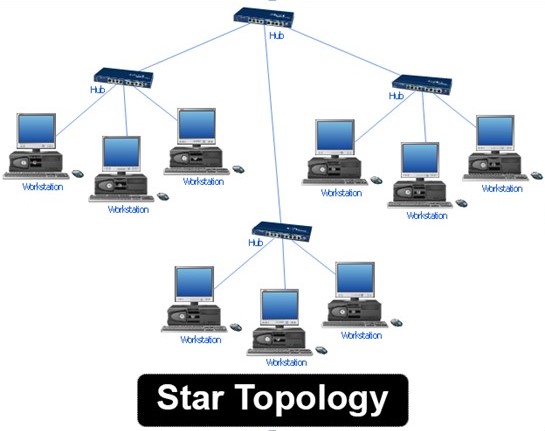 There are several star topology examples you can see in real life. Because of its ease of availability and low cost, you can find its applications all around you. However, some star network topology examples are as follows:

EdrawMax comes with an extensive template library. We have over 25 million registered users who have created detailed for each design. Choose a template and click to use immediately to open it in EdrawMax for further customization.

You can use the star topology diagram templates from EdrawMax. 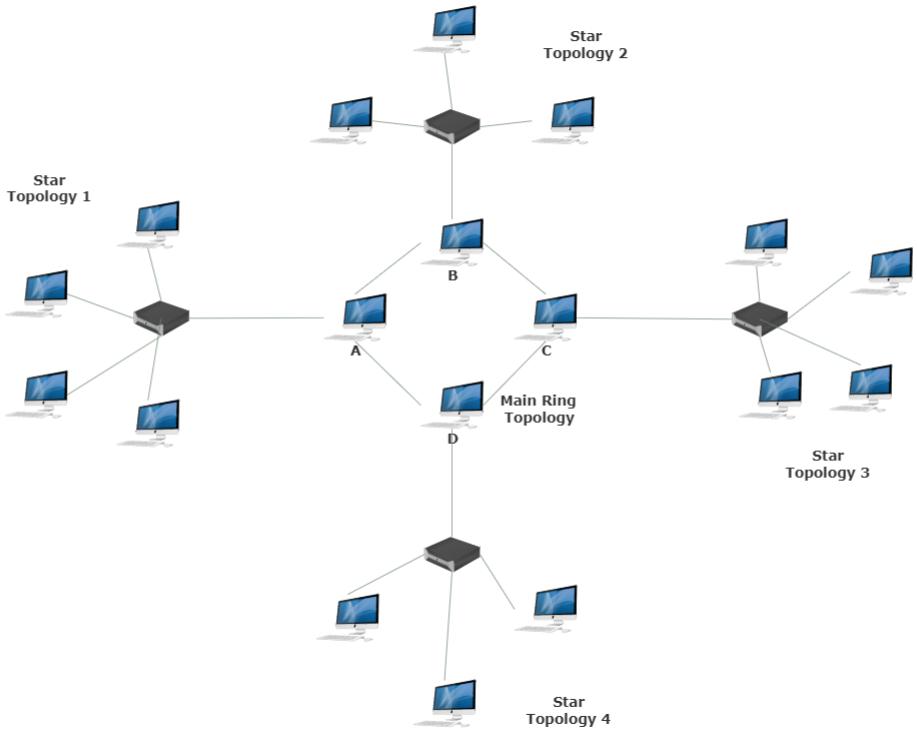 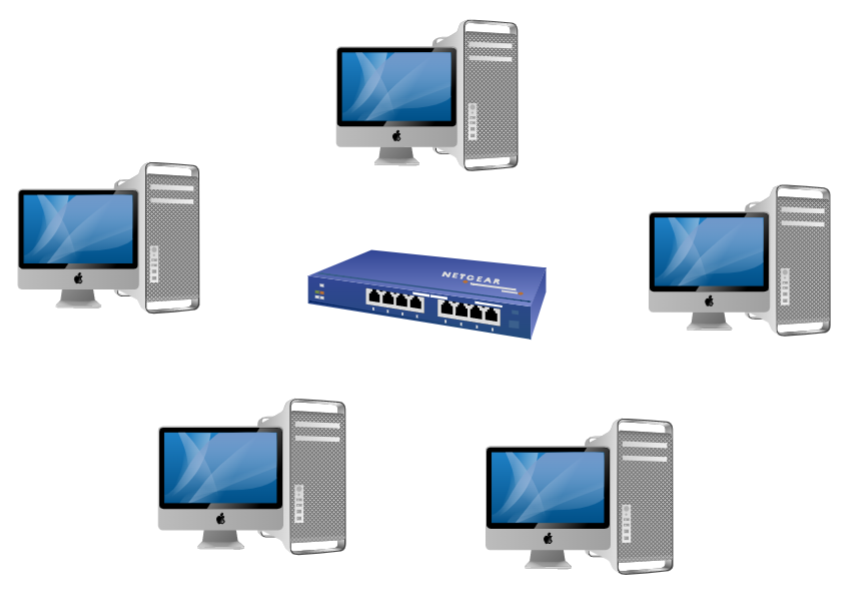 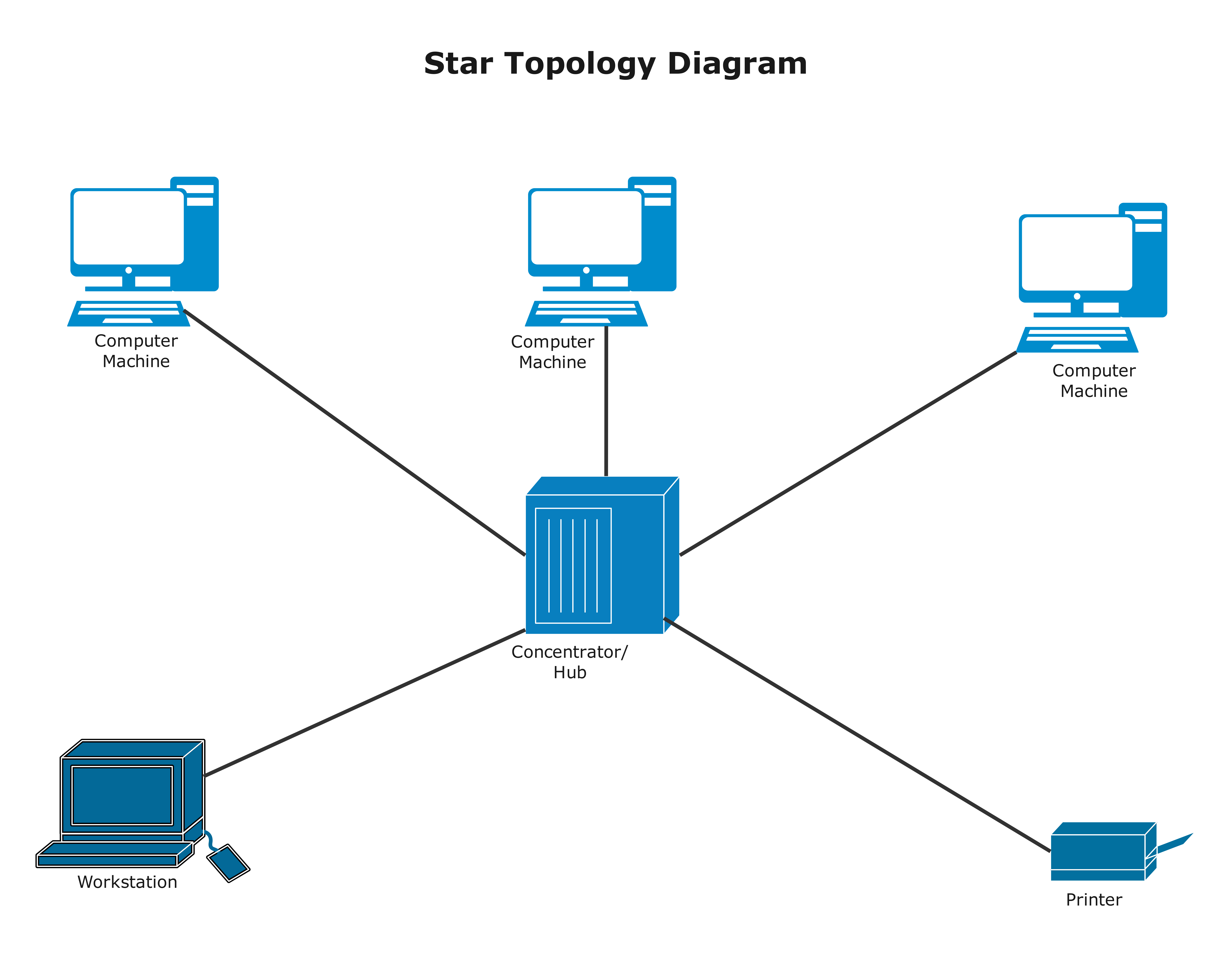 You can get more templates from Network Topology Examples & Templates.
Not these, EdrawMax provides more than 12000 free templates in our Templates Community.

Creating a star network diagram can be time-consuming and stressful, especially if done by hand. You will need to do a lot of mathematical calculations as well as sketch each object to proportion. Furthermore, designing it on paper would be expensive, and you might have far too many errors. EdrawMax is a powerful visual workstation application that includes various designs, diagram styles, and icons. It can help with the visualization of complex procedures for easier comprehension. Moreover, EdrawMax is cross-platform, supporting Windows, Mac, and Linux.

Here are steps to design a star network diagram with ease. So, let's see.

First of all, install EdrawMax on your PC. Navigate to EdrawMax Download. Then, download the star topology diagram software, depending on your OS.

By default, the Home Screen appears upon Launch. First, navigate to the template bar. Then, use the search box to look for Star network diagrams. The screen will display pre-built templates relevant to your search. 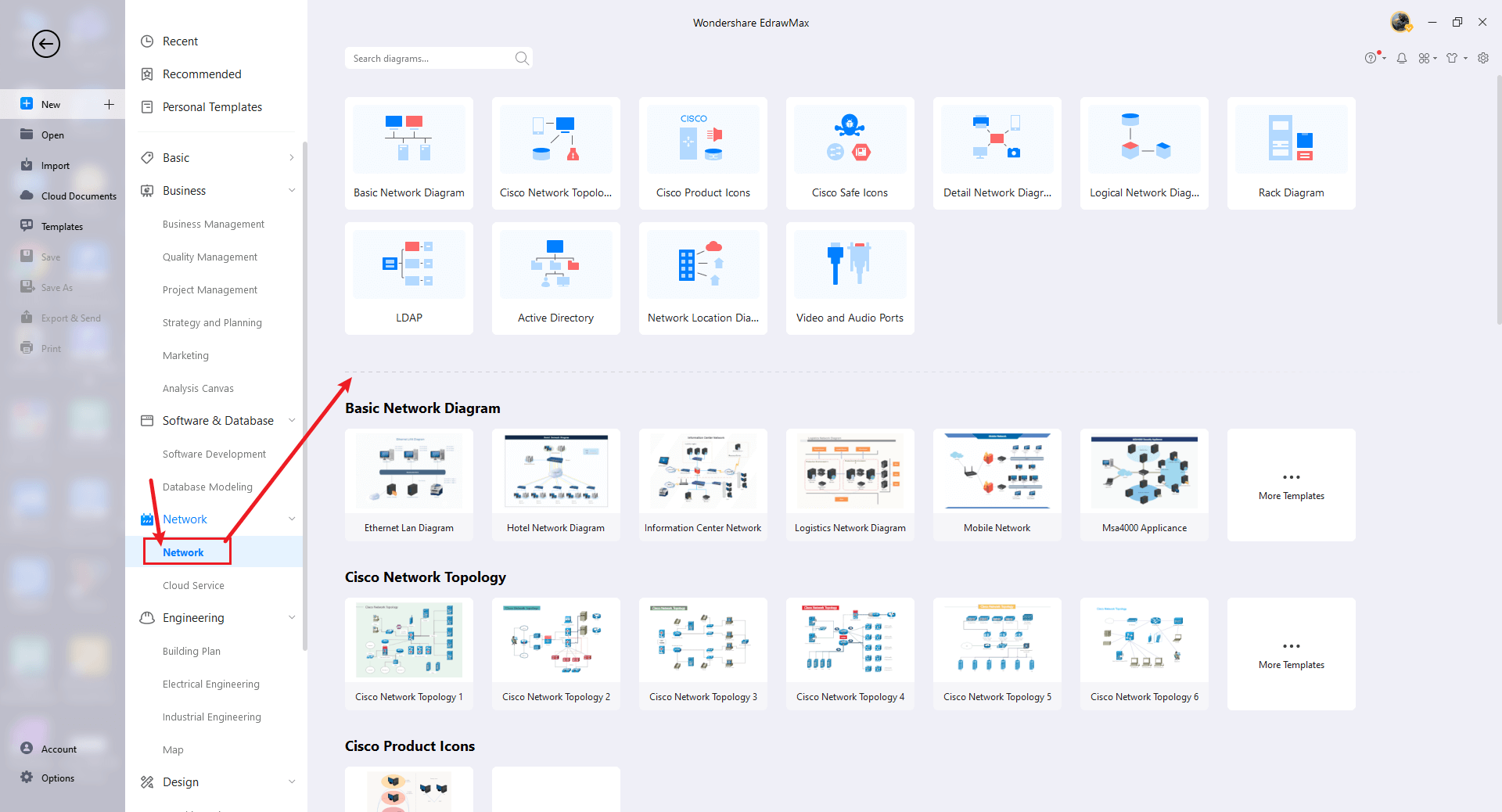 Step3 Customize as You Wish

With EdrawMax powerful built-in symbols, you can customize the star topology diagram easily. 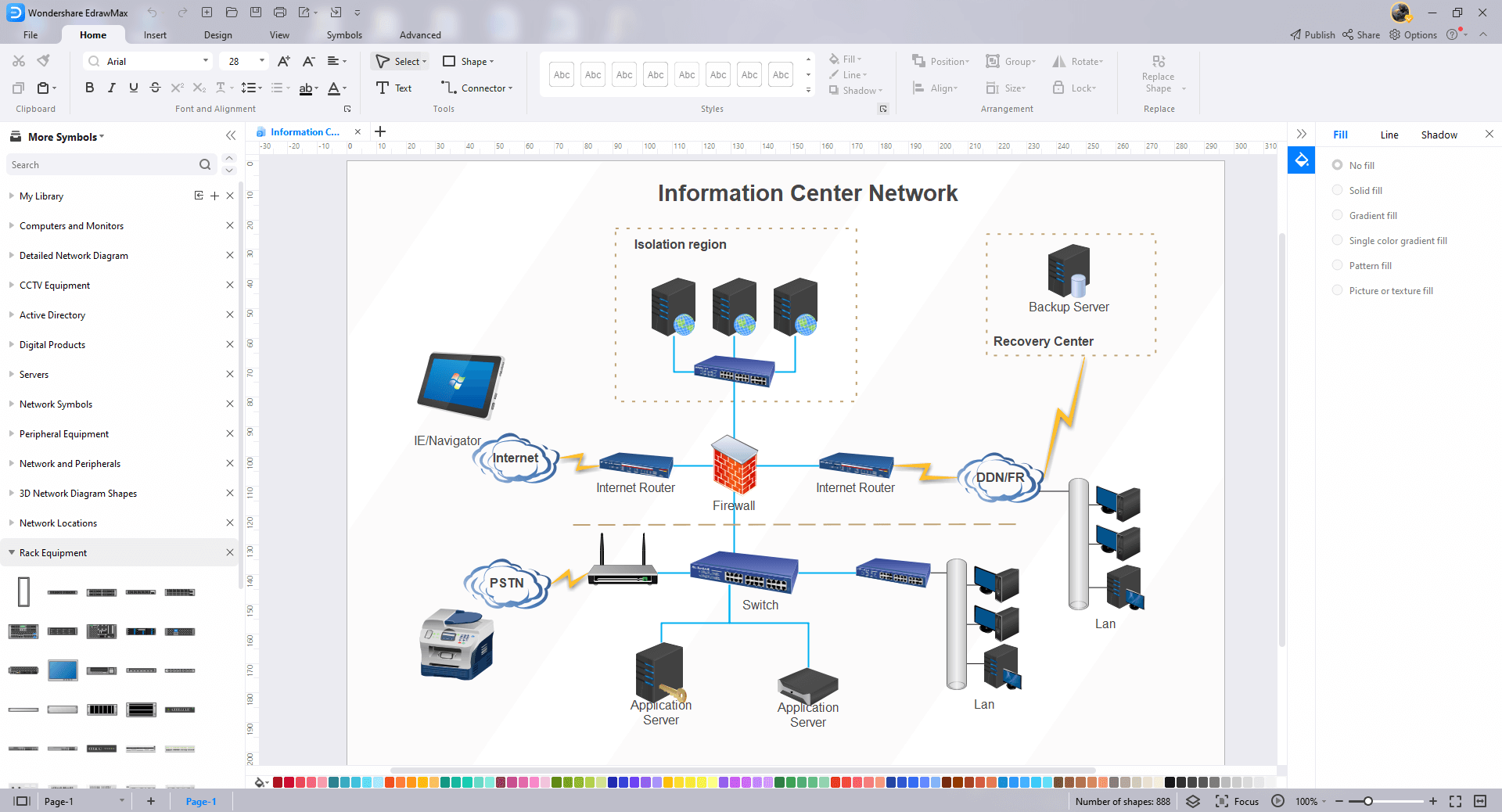 Want a detailed tutorial? Go to How to Draw a Network Topology Diagram and learn more!

It is possible to add and remove nodes from the network in this case without having an impact on the other nodes. So, replacing nodes seems simple and manageable.

Any NIC failure or cable cut only affects one node when it occurs. So, disabling the central core is the method for disconnecting all the devices. In addition, it is the safest topology because no one can easily access the central component.

The failure of one node does not affect the other nodes, and the rest of the network operates flawlessly. So, this topology is highly reliable.

The possibility of data crashes is very low because every device is connected via cable to the server or hub. Compared to other network topologies, this also means that performance is higher.

The star network topology can be made longer by incorporating multiple stars into the server. At the same time, the network should be capable of providing power for all network activities.

5. Pros and Cons of Star Topology 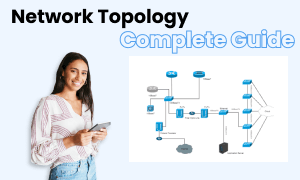 What is Mesh Topology

The Easy Guide to Semantic Mapping (With Examples)