MOSFET has some different appearance by the function. The basic symbol is generally a line for the channel with the source and drain leaving it at right angles and then bending back at right angles into the same direction as the channel.

In our electrical diagram software, you can modify the shape data to change the shape's appearance easily by the action button. 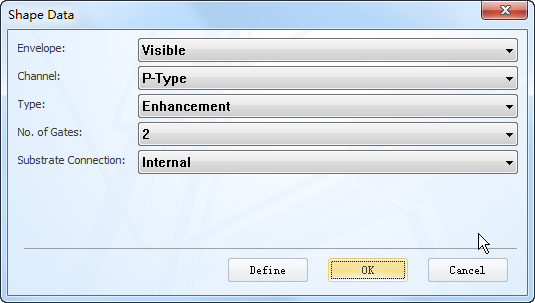 Change the No. of MOSFET Gates

A bipolar transistor is a three-terminal electronic device constructed of doped semiconductor material and may be used in amplifying or switching applications.

Bipolar Transistors are current regulating devices that control the amount of current flowing through them in proportion to the amount of biasing voltage applied to their base terminal acting like a current-controlled switch.

In our electrical diagram software, you can use the action button to choose the suitable electrical symbols with one click.

How to draw electrical engineering diagram