Want to Design and Customize a Timeline! Try This Out!

EdrawMax Timeline Maker creates engaging and interactive timelines easily. No design skills are needed. Give it a try! 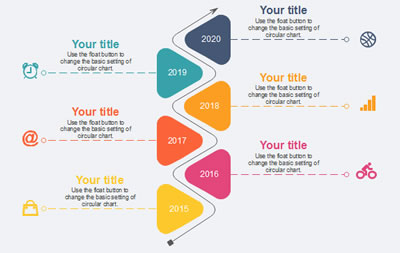 The Assassin's Creed franchise is mostly known for its open-world action-adventure stealth games, published by Ubisoft. This article will discuss the two orders in which the layer can play the game according to the Assassin's Creed timeline.

The following content has spoilers about all the Assassin's Creed Franchise, so tread lightly if you do not want to be spoiled!!

The franchise became popular mainly because when the first game came out. The graphics were very advanced for the time. Also, the stealth mode was something that no other game had done and the gameplay. Like climbing towers and hiding in large turfs of grass was something very new for many video game players.

Here is the release order of Assassin’s Creed Games, you can click on each one to view the specific explanation.

You can take a quick view of this Assassin's Creed Timeline from the below picture, if you want to download this timeline, keep reading!

Click here to see the HD version of the template.

Steps to download and use template of Assassin’s Creed Games for free:

2. Use EdrawMax Timeline Maker to open and use this template. Download from the button below.

The first main story in the franchise is Kassandra battling against the Peloponnesian War. She takes on her evil brother and kills a group of people called the Cult of Kosmos. An Isu swapped ger consciousness into the Staff of Hermes Trismegistus, and Pythagoras had been holding it for some time. Kassandra becomes the Keeper of the Staff, which develops the story of the game.

The game develops in Ancient Egypt with Bayek of Siwa as the main character. The mission is to take revenge against the people responsible for his son's murder. Aya, Bayek's wife, gives him a hidden blade in one of the first quests, and he uses it throughout the entire game. They manage to kill five men responsible for their son's death and claim the Apple of Eden. They then find out the Order of the Ancient is a lot bigger than they initially thought to be.

The franchise's first game follows the genetic memories of Desmond Miles, Altair Ibn-La'ahad during the 12th century. He was trained as a master Assassin by another master called Al Mualim. While Altair fails to take back the Apple of Eden, causing the death of one of his group members, he is demoted, and he's forced to go back to training to become once more a member of the Brotherhood.

Ezio Auditore Da Firenze is an assassin from the Renaissance who gets a hidden blade after his family is killed at the hands of the Templar Order. He learns how to become stealth and has Leonardo Da Vinci make a hidden blade from the Altair's Codex and give it to him. As that happens, his uncle Mario Ezio kills the people responsible for his brother's death. Ezio is introduced to the Assassin's Brotherhood, and they cut off one of his fingers.

After the previous game, the Apple of Eden is again stolen, and Ezio returns to retrieve it. Ezio uses the power within the Apple of Eden to find out about a secret vault under the Sistine Chapel. Still, the Templars already know about it, as Rodrigo Borgia forces his way to become Pope. During the final cuts of the game, Ezio has to fistfight the Pope while he's holding the Staff of Eden.

During this game, Ezio is no longer a young assassin, and like Altior, he wants to know the secrets of the Apple of Eden. He finds out about an abandoned library underneath Masyaf, and he decides to investigate and find it. He then moves to Constantinople, where he discovers the five keys required to open the library, made by Altair. Of course, the Templars are also trying to track down all the keys before Ezio does.

In this game, the player controls an assassin pirate named Edward Kenway. The character lives through the experience of DNA via the modern-day Templar outfit Abstergo Entertainment and the story takes place during the 18th century. As Edward does not start as an assassin, he finds a hidden blade during one of the initial quests and kills Duncan Walpole, a member of the Brotherhood.

As he pretends to be Duncan Walpole, Edward finds out about the Templars and the Observatory. Sages are repeated human reincarnations of Aita, an Isu. In the game, the Sage is also a pirate called Bartholomew Roberts and teaches the way the Observatory works to Edward.

This game is set not too far from the previous game. It follows a man called Shay Cormac that is a member of the Brotherhood. He's trained by a master assassin in America called Achilles sent to get an Isu object in Lisbon. Upon touching the object, Shay triggers a massive earthquake killing many inhabitants of the city.

This game follows Haytham Kenway, a Templar and son of Edward, who travels from London to North America with a key that he stole and might open the Precursor Grand Temple. The key does not work, and from there, the story follows Ratonhake: ton, a member of the Kanien'keha tribe that becomes an assassin later called Connor Kenway. He fights in the American Revolution, and he blames his father for the death of his mother.

The game follows the story of Arno Victor Dorian, the son of a man killed by Shay Cormac in Paris. He witnesses his father's death, Charles, and then he is raised by a Templar Grand Master as he grows up with Elise de la Serre. The relationship ends when the assassin of his father stops by. After he escapes, he is intrigued by his late father and decides to find more about him. Despite Elise being a Templar, she helps Arno to avenge the death of his father.

This game is the most in the future and the most modern game in the franchise. It is set in the Victorian era as two Master Assassins that happen to be twins arrive in London. At the time, London was under the control of a Templar Grand Master, so the twins started to sort out the city.

They eventually find out who Crawford Starrick, the Templar Grand Master, is and fight him beneath Buckingham Palace with the help of another assassin in the Brotherhood called Henry Green.

In the latest Assassin's Creed game franchise, the game is set during the Viking Invasion of Britain. Vikings sailed across the seas to try and conquer the British coasts and other parts of the Kingdom of England. The player will be part of the Viking army and will try to battle British soldiers. Some locations in-game are Mercia, East Anglia, Northumbria, and Wessex. The player will be Eivor, a Viking raider, and warrior that leads his clan from Norway to the warmer lands of England.

Tips You Should Know

If you wonder how to create Block & Tackle Rigging Diagram in a minute? Try EdrawMax to use pre-made templates and edit by yourself!

After the last game was released in 2020, for this year, the players can expect the first substantial DLC for the game. That DLC will add Irish locations, and another part will be released at some point later in 2021. 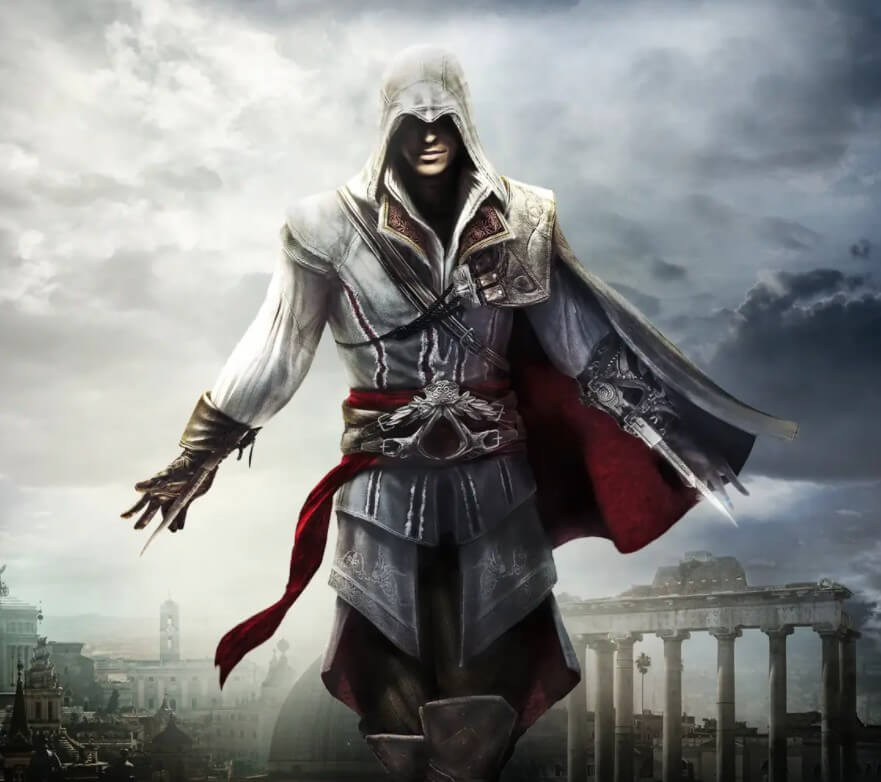