Edraw contains special shapes and setting for creating jacobson's Use Case Diagrams. Use case diagrams illustrate how the outside world interacts with elements of the application system.

In Edraw Professional, the Jacobson's Use Case template and shapes are in the Software folder.

Feature Comparison Between Visio and Edraw 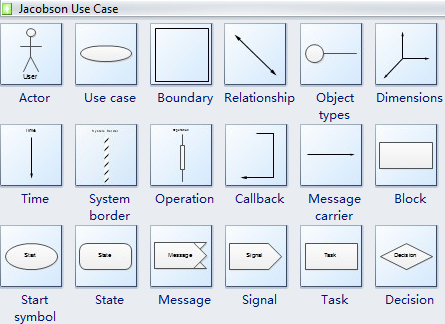 Ivar Jacobson's Object-Oriented Software Engineering (OOSE) is one of the precursors to the more modern Unified Modeling Language (UML). OOSE includes a requirements, an analysis, a design, an implementation, and a testing model. The relationship between the central use case diagram and the various models is illustrated below. 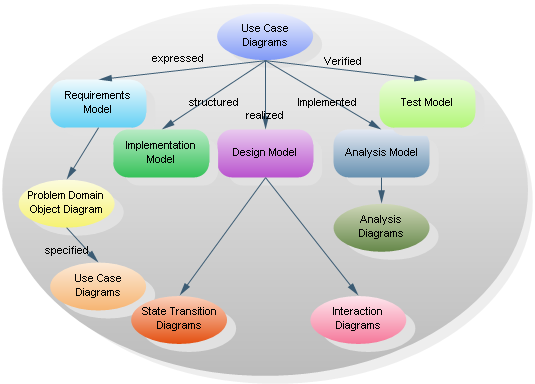 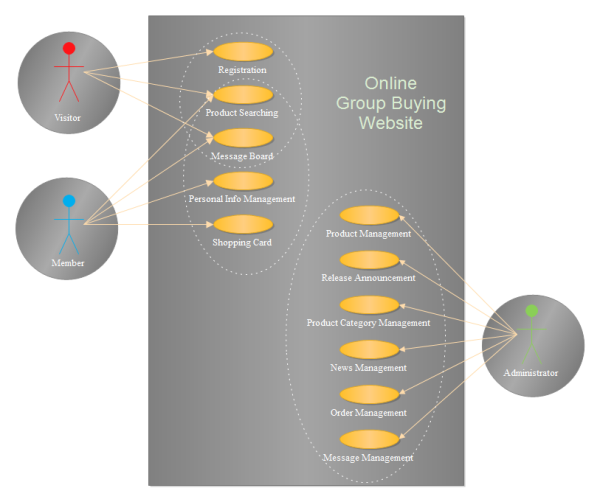 How to Create a Use Case Diagram