The describing wheels are great tools for group activities. It is used to provide information about a main topic of a story or a part of a story, such as a person, place or thing being described.

The Describing Wheel looks like a bicycle wheel and a pie with a round center. The center is where the topic is placed. Add describing words about your topic between the spokes. 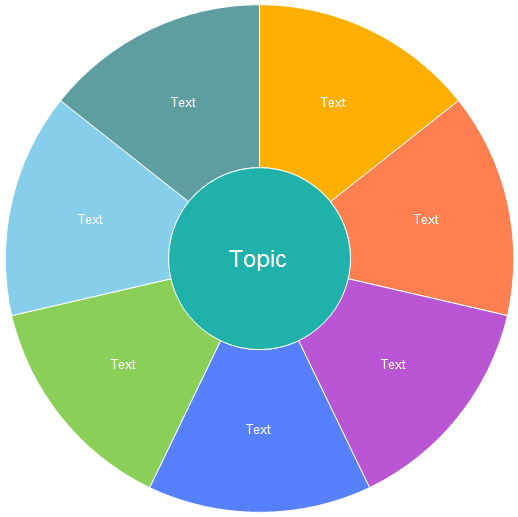 Select the describing wheel symbol, the user can add a segment or delete a segment by the quick menu. Every spokes can have different color. The text and the gap size can be set, too. 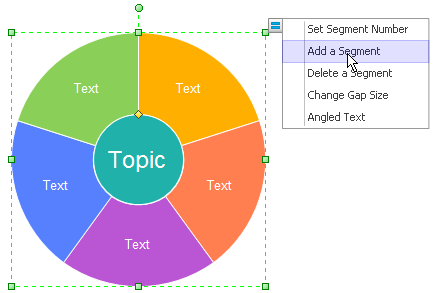 Write details about your topic in the sector circles. Click the floating action button to hide or show the border circle. 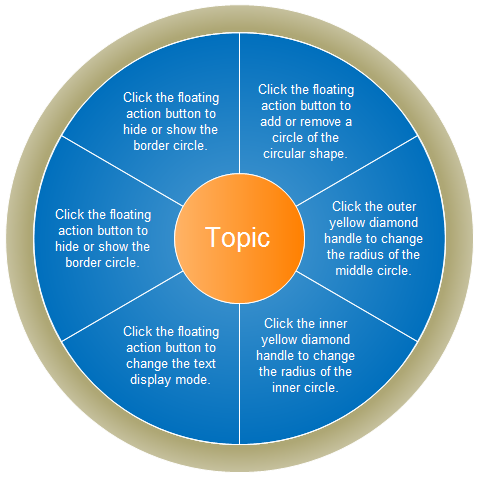 Write details about your topic in the pie circles.

Describing wheel determine central ideas or themes of a text and analyze their. The describing wheel is a graphic organizer for students, allowing them to explore a topic or subject while utilizing critical thinking skill. 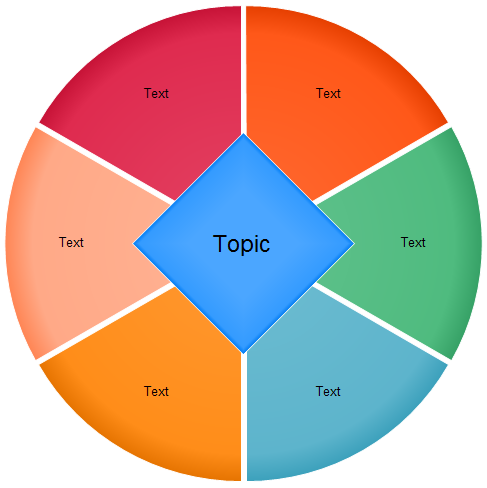 The following templates can be reused in the Edraw software. They are grouped in topical sets as Mind Map templates.