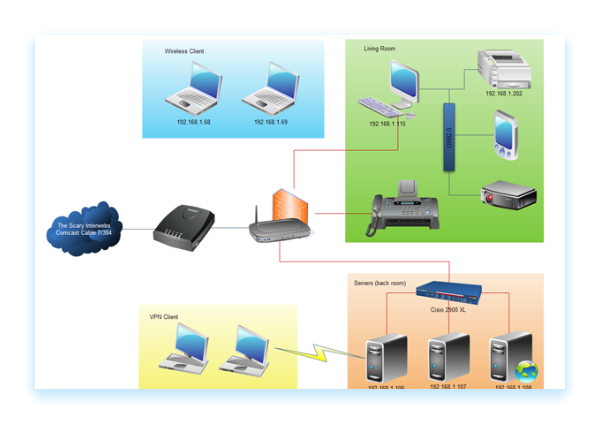 A Wide Area Network (WAN) is a computer network covering multiple distance areas, which may spread across the entire world. WANs often connect multiple smaller networks, such as local area networks (LANs) or metro area networks (MANs). The world's most popular WAN is the Internet. Some segments of the Internet are also WANs in themselves. The key difference between WAN and LAN technologies is scalability. C WAN must be able to grow as needed to cover multiple cities, even countries, and continents.

A set of switches and routers are interconnected to form a Wide Area Network. The switches can be connected in different topologies, such as full mesh and half mesh. A wide area network may be privately owned or rented from a service provider, but the term usually connotes the inclusion of public (shared user) networks.

Circuit Switching allows data connections to be established when needed and then terminated when communication is complete. This works like a normal telephone line that works for voice communication. Integrated Services Digital Network (ISDN) is a good example of circuit switching. When a router has data for a remote site, the switched circuit is initiated with the circuit number of the remote network.

You can find more symbols for WAN diagrams here. 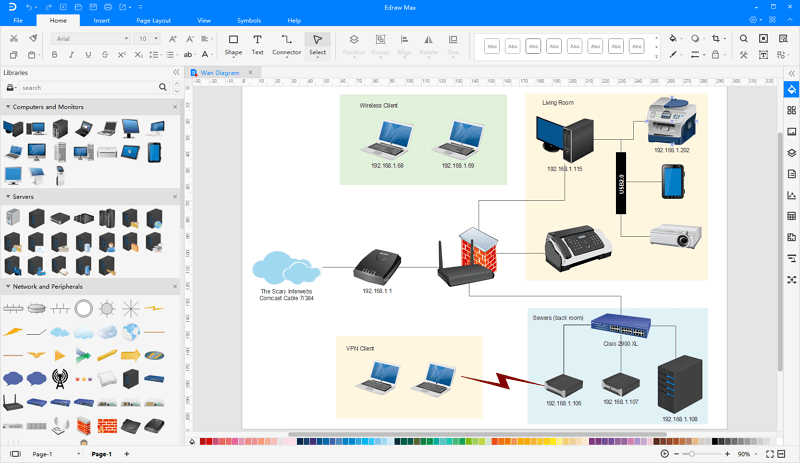 Virtual private network (VPN) is a technology widely used in a public switched network (PSTN) to provide private and secured WAN for an organization. VPN uses encryption and other techniques to make it appear that the organization has a dedicated network, while making use of the shared infrastructure of the WAN.

IP can also be considered as a WAN technology in the packet switching environment.