Edraw is a very easy-to-use and intuitive diagramming tool with database design and ORM Diagram design functions which can save you hundreds hours of work. It allows you to name the ORM Persistable class and its corresponding entity differently, and also the attributes and columns as well.

Free Download Our ORM Diagram Software and View All Templates 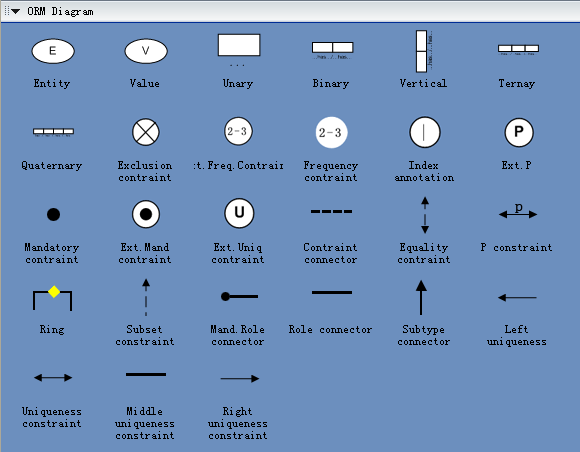 An ORM diagram depicts objects (entity types), the relationships (fact types) between them, the roles that the objects play in those relationships, constraints within the problem domain, and optionally examples (called fact type tables). 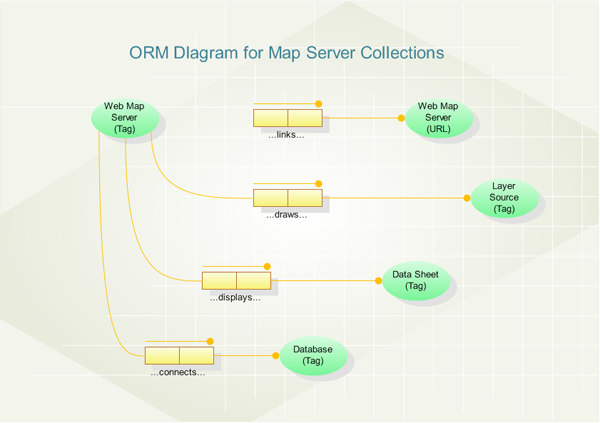 Each web map server with a given tag also has a collection of layer sources, each identified by a unique tag. These map layers are drawn on the MapObjects map control, and some layers also allow spatial queries. A data sheet represents the HTML template for the results of a spatial query; each map server will have several of these data sheets, at least one for each layer with an available spatial query. Most spatial queries involve both map layers and database attributes associated with layer features. Each database connection for a map server is supported by an ADO Connection. The metadata for each database connection has enough information for the map server to create this ADO Connection in its own collection.

All of these collections are implemented with the Visual Basic collection data type. Each member of each collection is uniquely identified by an object tag.