How to Create A Funnel Chart

> Edraw How-To > How to Create A Funnel Chart

Posted by James Freeman | 12/15/2021
Simple but effective guide on how to create funnel chart.

Part 1: What is The Funnel Chart?

Using a funnel chart is beneficial for understanding how your customers behave. In addition, it can inform a company's sales strategy by letting them know how many customers they have in each segment, and which segments they should focus on to move as many customers down the funnel as possible. 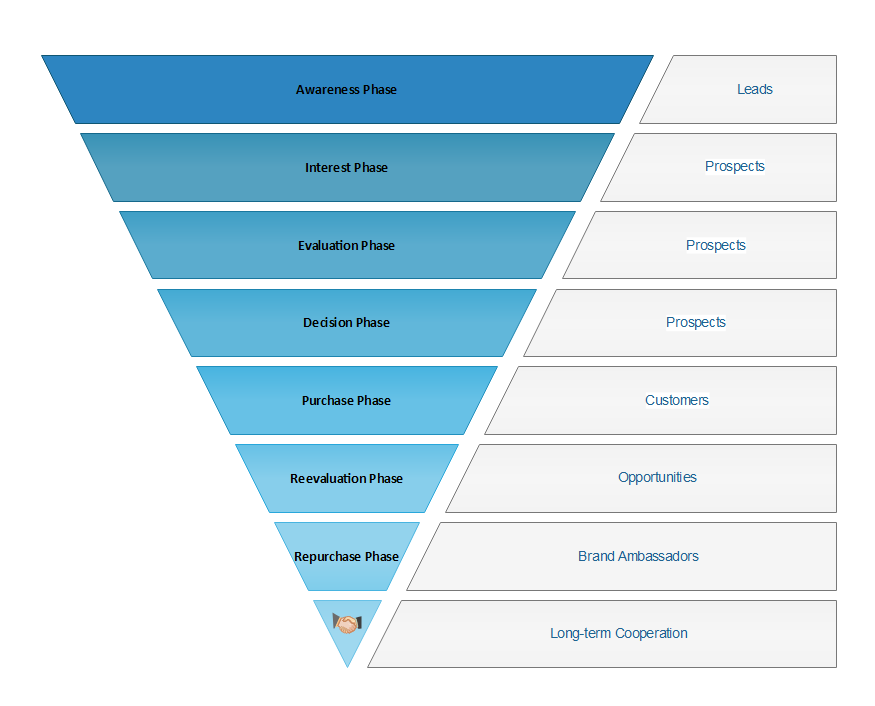 Part 2: How to Create A Funnel Chart? 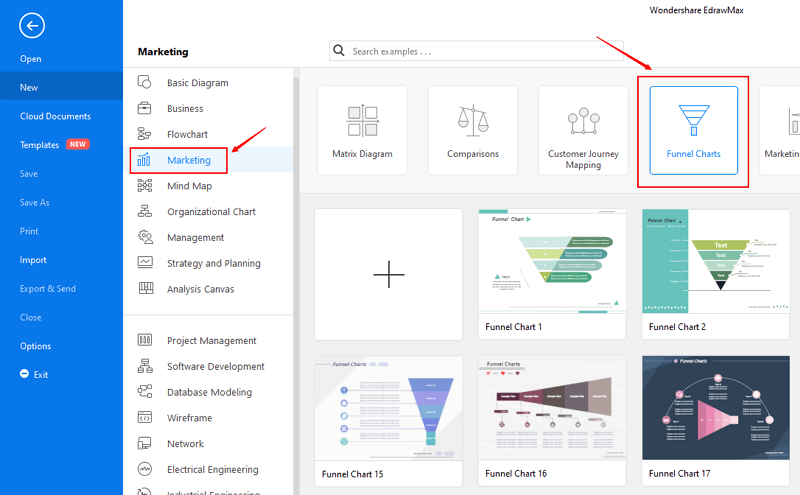 Step 3: Select one funnel chart template to edit on it or click the [+] sign to start from scratch. Also, you can use massive funnel chart symbols and elements from libraries in left menu to customize your funnel chart. 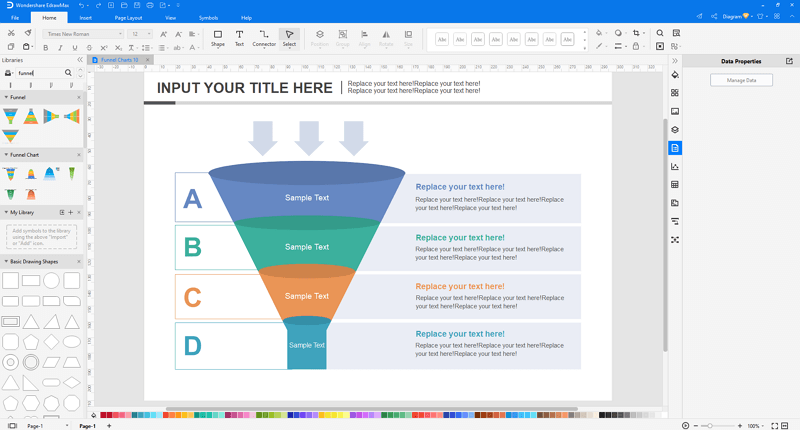 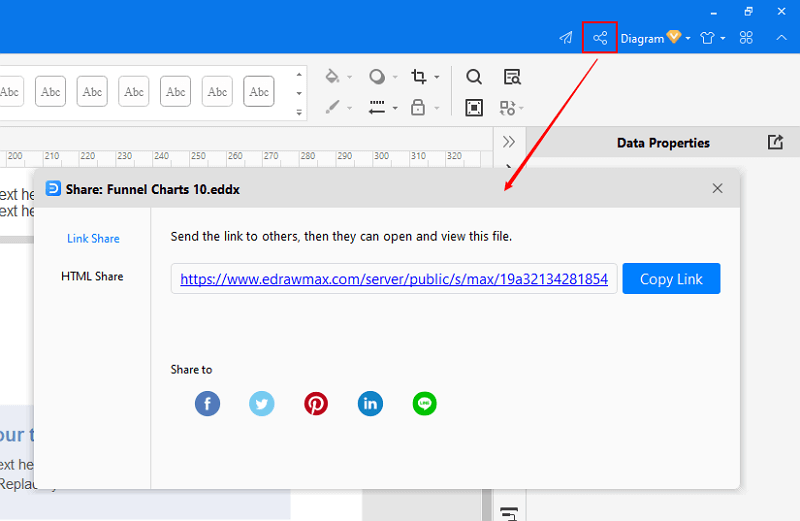 One of the most powerful programs that can compete with Microsoft Visio, EdrawMax is yet another diagramming software available for Windows, macOS, and Linux. The tool has several categories for almost all types of industries, and each category further has numerous templates to choose from, thus saving you a lot of time that you would otherwise waste in structuring a diagram, funnel chart for this example, from scratch.

Price: free to use; lifetime plan for individuals; license for team and business.

Following are a few funnel chart examples that would help you understand the diagrams' versatility and how many ways a funnel chart can be created: 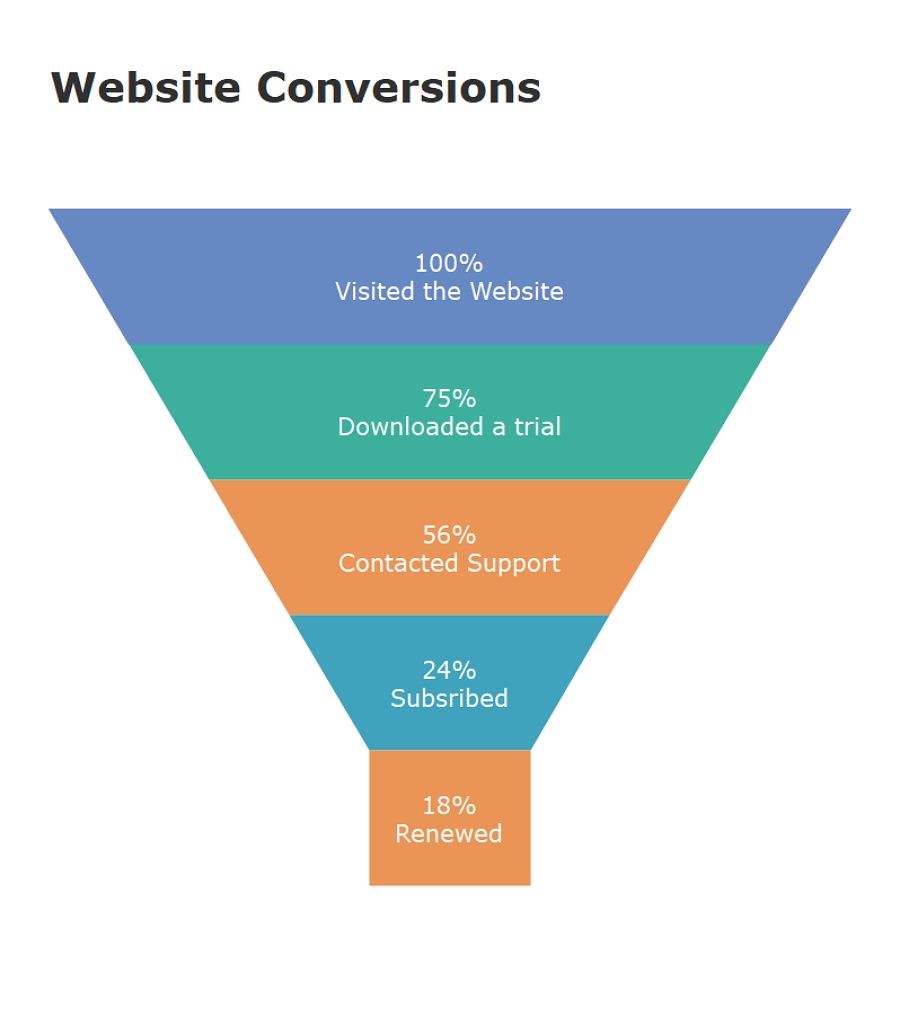 This funnel example shows the rate of people to purchase a product, from which the customers would go through from receiving Emails, to visit website, login and purchase the products. Via this process, the majority of customers may quit to purchase. 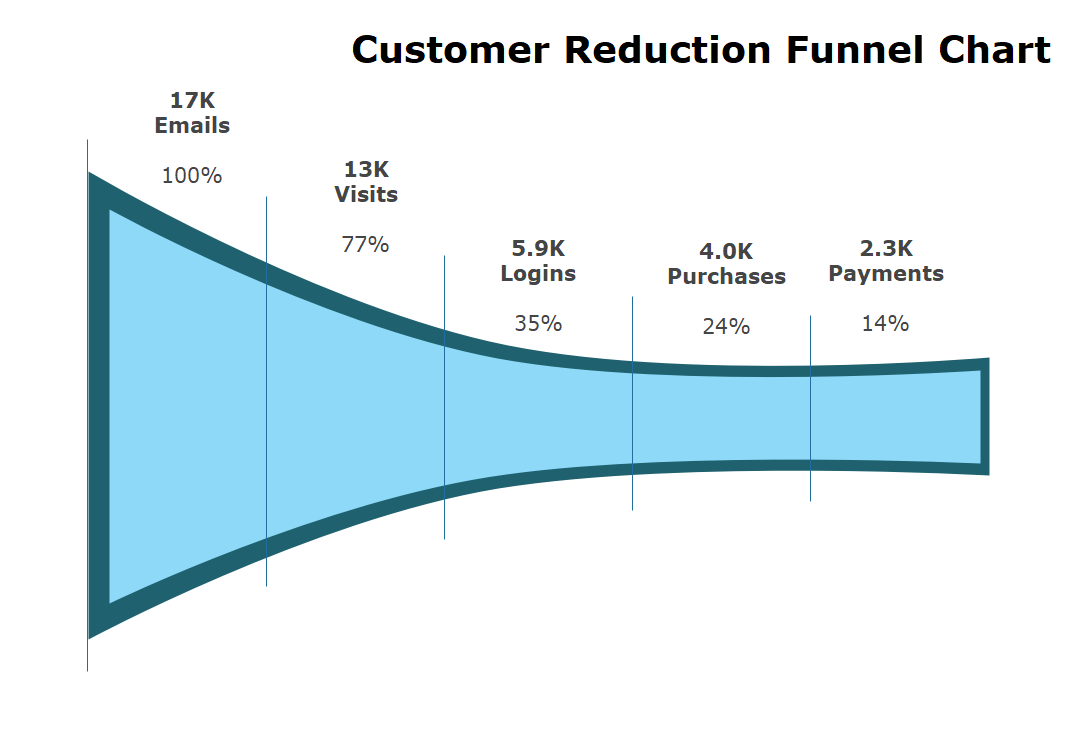 Funnel charts are used in sales to segment customers into different categories depending on their level of interaction with the company.

EdrawMax is an easiest all-in-one diagramming tool, you can create funnel charts and any other type diagrams with ease! With substantial funnel charts symbols and cliparts, making funnel charts could be as simple as possible. Also, it supports to export your work in multiple formats and share your work with others. Get started to create your funnel charts now!