Do You Want to Create Fact & Opinion Charts? Try Now! 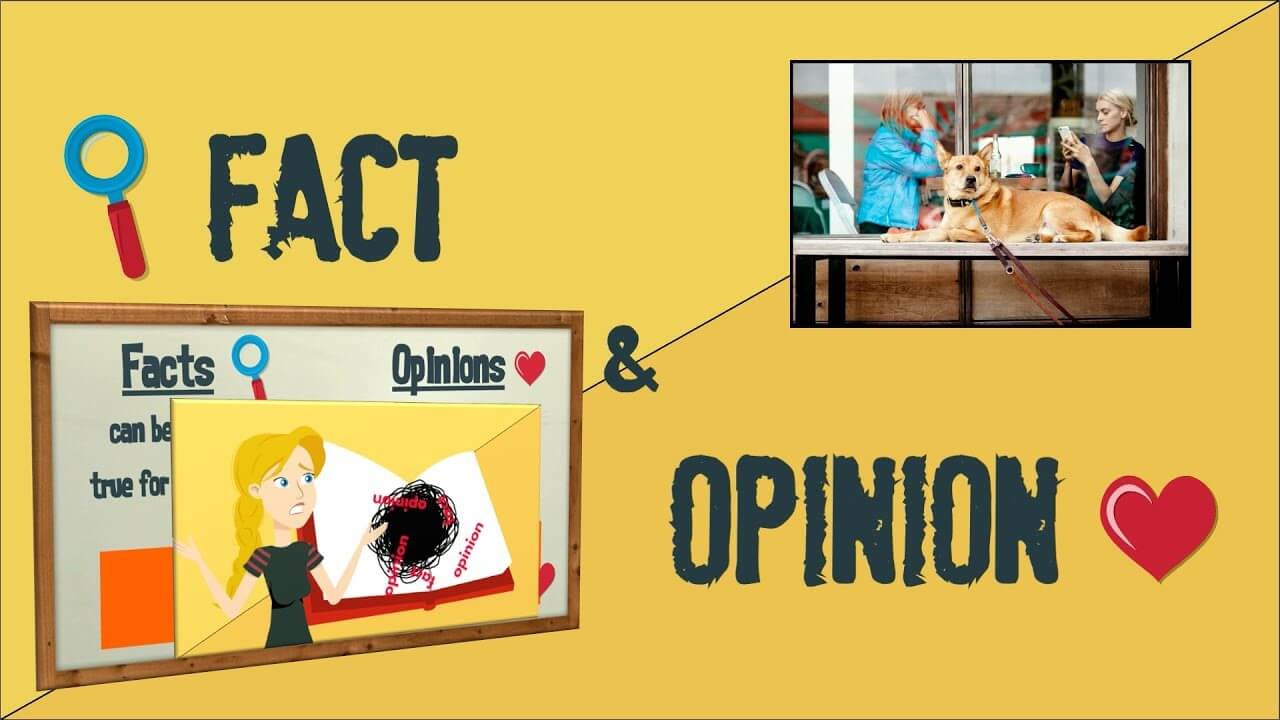 In this article, you will know all about the two important concepts: Facts and Opinions. Other than that, you will know the difference as well as helpful strategies to easily distinguish between the two concepts. Besides, in the end, there’s a fun part where you can test yourself to see how well you acknowledge them.

Here are a few examples:

All of the above statements are right. Furthermore, assuming that meanings are agreed upon, each argument is factual and non-debatable. Simply put, there is proof that could either prove or disprove each assertion. 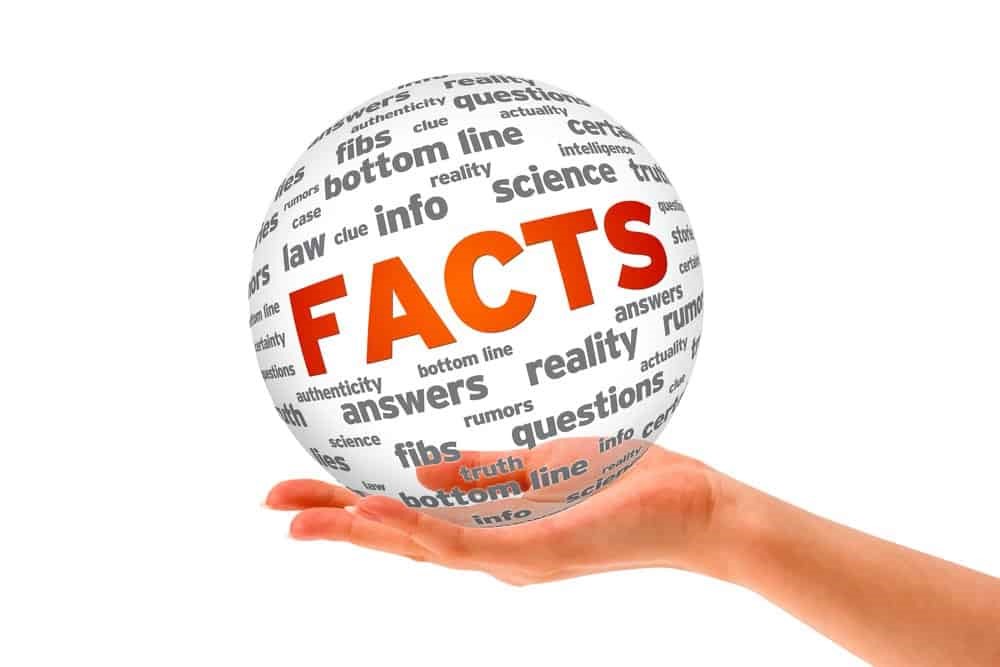 Part 2: What is an Opinion?

A personal belief is referred to as an opinion. It has something to do with how someone feels about something. Others may agree or disagree with a viewpoint, but they are unable to prove or disprove it. This is what makes anything an opinion. Unlike facts, opinions are neither true nor false. A belief, attitude, meaning, decision, or feeling may all be expressed through an opinion.

Below are a few examples:

All of the above statements express a personal opinion. It's worth noting that each of these points is debatable. To put it another way, one may agree or disagree (debate) with a statement of opinion. 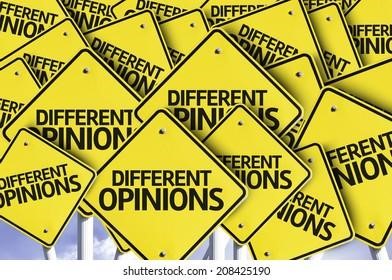 The following is the main distinction between the two: 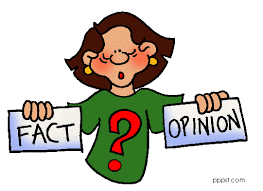 Part 4: Why Are Facts and Opinions So Important?

Distinguishing between what is fact and what is an opinion, whether on the television, in advertisements, or a history book, is vital to being an independent individual with the critical abilities required to avoid being easily deceived.

Moreover, students can improve their logical and analytical skills in both reading and listening by being able to differentiate between fact and opinion. In writings and statements, fact and opinion are often intertwined. If students are to successfully handle the deluge of media they will face, they must be able to unravel the threads of what is real from what is mere belief.

Part 5: Signal Words and Phrases in Fact and Opinion Language

Now that you know how important facts and opinions are, you must also learn how to set them apart. You are likely to find facts mixed with a bit of opinion. At times, it can be tough to extract out verifiable statements from a person’s biases as well as preferences.

Fortunately, the language people often use also provides useful hints in the form of terms and phrases that help us distinguish between factual and opinion-based claims. Consider the following examples of signal words and phrases found in sentence fragments that often accompany a fact or opinion statement:

As you can see from the above example statements, the terminology used to construct a statement will help determine whether it is being presented as a fact or an opinion.

It's also crucial for individuals to realize that things aren't always as they seem. Whether consciously or unconsciously, opinions are framed as facts and vice versa. This is why you must gain a good understanding of what constitutes fact and opinion, as well as sufficient opportunities to practice differentiating the two.

Part 6: How to Distinguish Between the Two Concepts?

After understanding the distinctions between a fact and an opinion, you must also be able to tell the two apart while reading literature. With further ado, let's take a look at a few useful strategies:

Keep an eye out for opinions masquerading as facts

Professional or technical terminology may also seem factual. You'll want to keep an eye out for predictions in particular. Since predictions cannot be confirmed at the moment, they are considered opinions. This is valid even if an expert makes the prediction.

A marine biologist who predicts the extinction of a plant species in 50 years, for instance, is expressing an educated opinion. This opinion is based on proof, analysis, and experience, but it is not a fact because it cannot be verified at this time. 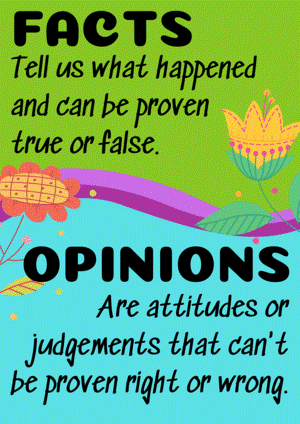 Samyang Hek's Nuclear Hot Chicken ramen is very spicy. Most people will agree with this comment. However, the term "really" complicates things. What does it mean to be "very spicy"? It hasn't been identified. What one person considers spicy may be considered average by another.

Furthermore, the word ‘very’ is a judgment word. Below is a compilation of a few value and judgment terms to look for in a statement; if you see one of these, the viewpoint being expressed is most likely an opinion:

Watch out for words like "should" or "ought to"

These terms are sometimes used to recommend a course of action or to provide guidance. While this advice is always helpful, it is seldom accurate. A "should" argument, no matter how much we agree with it, is still an opinion.

“One should stop smoking cigarettes,” for example, may be a piece of useful advice backed up by a lot of facts, but it is still an opinion. “Smoking cigarettes causes several health problems,” on the other side, is verifiable and thus factual.

Part 7: Which of the following statements is factual?

At last, read the statements below and analyze which of them is a fact rather than an opinion. So, let’s take the test.

A、Football is the most loved sport.

B、There are 50 states in the United States.

C、George Washington was a fantastic debater.

From above, the correct answer is B. That is because it is the only statement that can be backed up by evidence. 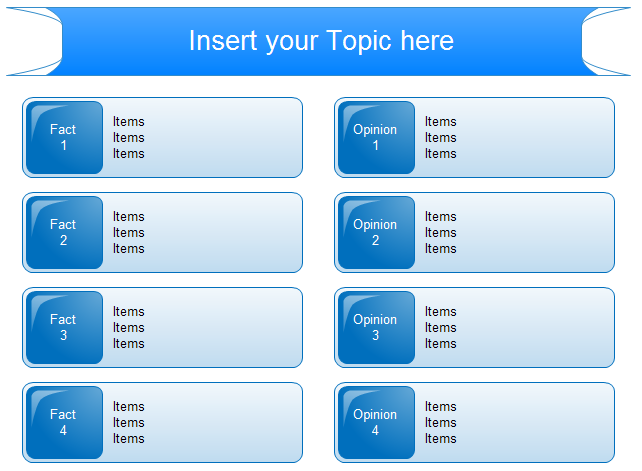 The following templates can be reused in the Edraw software. They are grouped in topical sets as Mind Map templates.

Click each picture to see the HD version of the template.

In general, facts are statements that can be confirmed by proof, while opinions are statements of belief, attitude, value, judgment, or feeling. Facts and opinions are sometimes used interchangeably, but the words have vastly different definitions. The truth of an argument determines whether it is a fact or an opinion.

After reading the above article, all your queries will be addressed. Also, make sure to keep in mind the strategies for differentiating between the two so that you’re not easily fooled.