In Edraw Professional, the Shlaer-Mellor OOA templates and shapes are in the Software folder.

Given the presence of four Edraw object-oriented diagram templates, and the fact that many of the diagramming methods contribute to UML emerging as a standard, it is instructive to review each template and note its features. 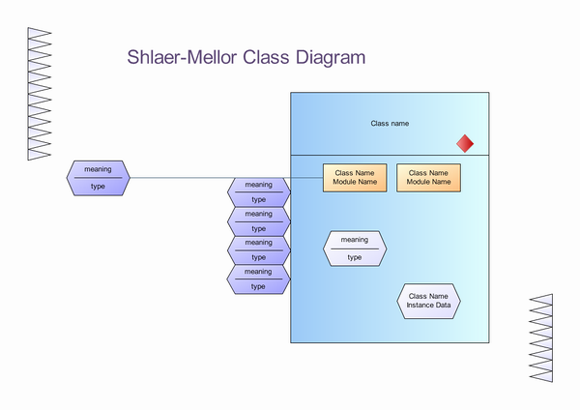 The Shlaer/Mellor method is considered an older technique that should be used in existing projects that have not migrated to UML. The major components of this model include: