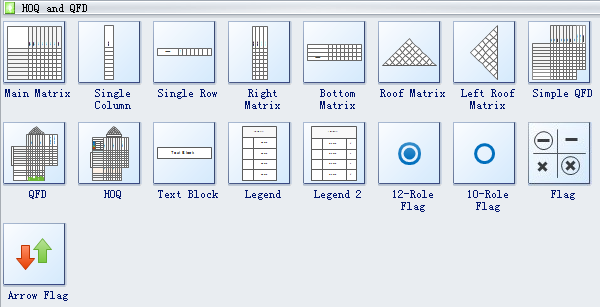 QFD is designed to help planners focus on characteristics of a new or existing product or service by carefully listening to the voice of the customer and then effectively responding to those needs and expectations.

Legend is a concise explanation of the symbols used in a chart, diagram, drawing, map, table, etc. A legend is usually conspicuously displayed in a tabular form.

Text block breaks up long texts into shorter "blocks" so that they have a clear separation between them . 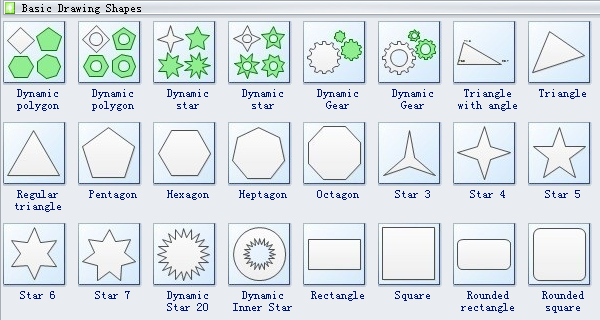 Pentagon is a plane figure with five straight sides and five angles.

Star is a conventional or stylized representation of a star, typically having five or more points. 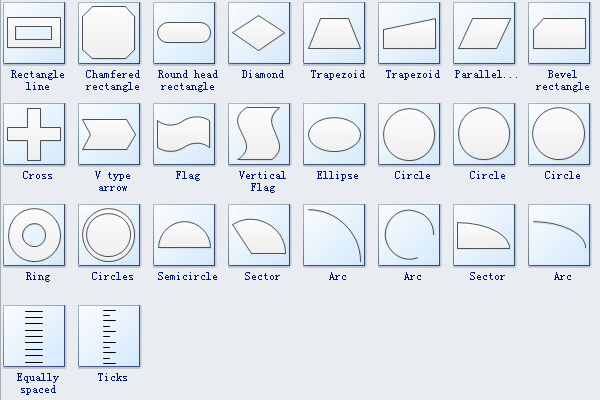 Arc is a part of a curve, especially a part of the circumference of a circle.

Scale is a mark or division or all the marks or divisions that indicate measure on an instrument or vessel.

Some of the QFD symbols are smart shapes designed with floating action button. By clicking on the floating menu, users can change the shape ridiculously easily and quickly. 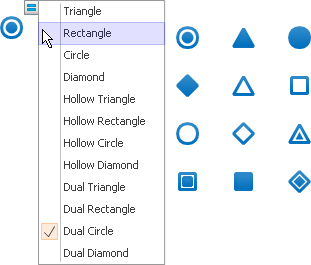 Need fresh looking QFD symbols for your design? These QFD symbols are a cinch to pop in. And their crisp, fine detail will make spectacular, easy-to-understand diagrams and presentations to your customers.

Click the following link to view the video tutorial: Video Tutorial - How to Create a QFD Diagram

How to Create QFD Diagram

Discover why Edraw is an excellent program to create qfd. Try Edraw FREE.