A subway map, also called metro map, is a topological map in the form of a schematic diagram used to illustrate the routes and stations within a public subway system. The main components are color coded lines to indicate each line or service, with named icons to indicate stations or stops.
Subway map software is a one-click tool to add stations to the map. With Edraw software, you can control the direction in which you create new stations, change lengths, and add text labels and icons. Edraw contains lines, stations, and landmarks object and everything you need to create a subway map. 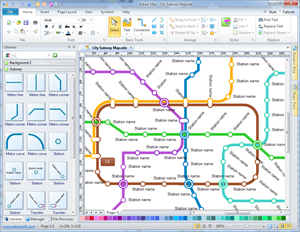 In Edraw exhaustive symbol library, you can find a large collection of shapes and settings for creating city subway maps. The designer can use Google map as reference. You can follow the exact blocks with roads as shown in Google map and create re-drawn map and use a nice color scheme. The map will be printable and the color will be like the color of flyers or any maps for official use. The map can cover only some blocks in a city and the color scheme will be in full color. You can revise the map later. The map size, line width and colors are all customizable.
Download Subway Map Software 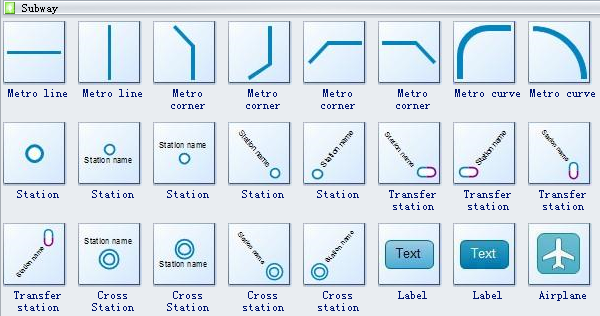 Here we have prepared a complete city subway map for your reference and use. Take full use of this vector file to make your own subway maps. Click here to learn to Design a Subway Map Effortlessly in Minutes. If you are a beginner to ride subway, read these tips.