What is Venn Diagram

Part 1: What is Venn Diagram

a Venn diagram "is a visual diagram composed of two or more circles and is used to illustrate logical relationships between sets of items." The circle or ellipses overlaps each other to create different sets of relationships. Some of the key terms that you should know about Venn diagrams are:

Venn diagrams first appeared in 1880 in the Philosophical Magazine and Journal of Science, in a paper entitled "On the Diagrammatic and Mechanical Representation of Propositions and Reasonings," by John Venn. The paper was about the "different ways to represent propositions by diagrams."

The interesting bit is that John Venn isn't the actual father of Venn diagrams, and in fact, he never named it after his name. Instead, John is the one that surveyed and formalized their usage, meaning they are slightly associated with Venn. Originally, Venn had named it "Eulerian Circles," but later in 1918, Clarence Irving Lewis used the term "Venn diagram" in his book A Survey of Symbolic Logic.

Interestingly, the Venn diagram has been in use since the 18th century, with Leonhard Euler being the original inventor, and that's why Venn had named it Euler diagrams before its evolution. In the 20th century, further development in Venn diagrams occurred, with David Wilson Henderson's 1963 proposals being the key development. Furthermore, in the 1960s, it was included as part of set theory as one of the new math movements.

What are the benefits of using a Venn diagram, and why should you use it?

Like any other visual representation diagram Venn diagram also has its benefits and limitations, and we are going to highlight some here:

Part 4: What is a Venn Diagram Used For?

It is normal to wonder where to apply/use this diagram, considering its incredible benefits. Luckily, a Venn diagram has a wide use making it ideal for use in several fields, including:

Nowadays, every business set-up tries to utilize any influential and analytical tool that proves to be beneficial in any way. Therefore, this makes the Venn diagram a perfect tool since it can be applied in several business-related activities, such as marketing. It can be used in the marketing field to compare and contrasts products and services as well as to analyze several strategic plans.

Other applicable places in the business field include competitor analysis, product comparisons, and decisions making.

A Venn diagram can be used in the educational field to complete or achieve different goals. For example, you can use it to study how languages relate or differ in terms of pronunciation, vowels, alphabets, etc. This diagram can also be used when studying similarities and differences of two items, animals, etc. For example, it can be used to explain math concepts like unions, sets, and intersections.

Furthermore, when it comes to arguments and conclusions, a Venn diagram has proven to be efficient in determining logical grounds. It helps create deductive reasoning, which is essential in deciphering what is logically possible.

This diagram has also proven essential in the technology field, such as computer science or app developments. For example, when using or developing a computer system, a geek and programmer can use this diagram to get or create a clear picture of computer algorithims.

Conclusively, this diagram can be applied in other fields apart from the one listed above so long as they prove to be a relevant analysis or study tool.

There are several types of Venn diagram, but in this post, we will discuss the three main types:

Apart from a circle representing a set, there are three main symbols used in seven diagrams: the union, intersection, and complement. So, let's see what each of these symbols stands for and how to use them.

The Venn diagram below shows the union of A and B, or A ∪ B. So, what does this mean? 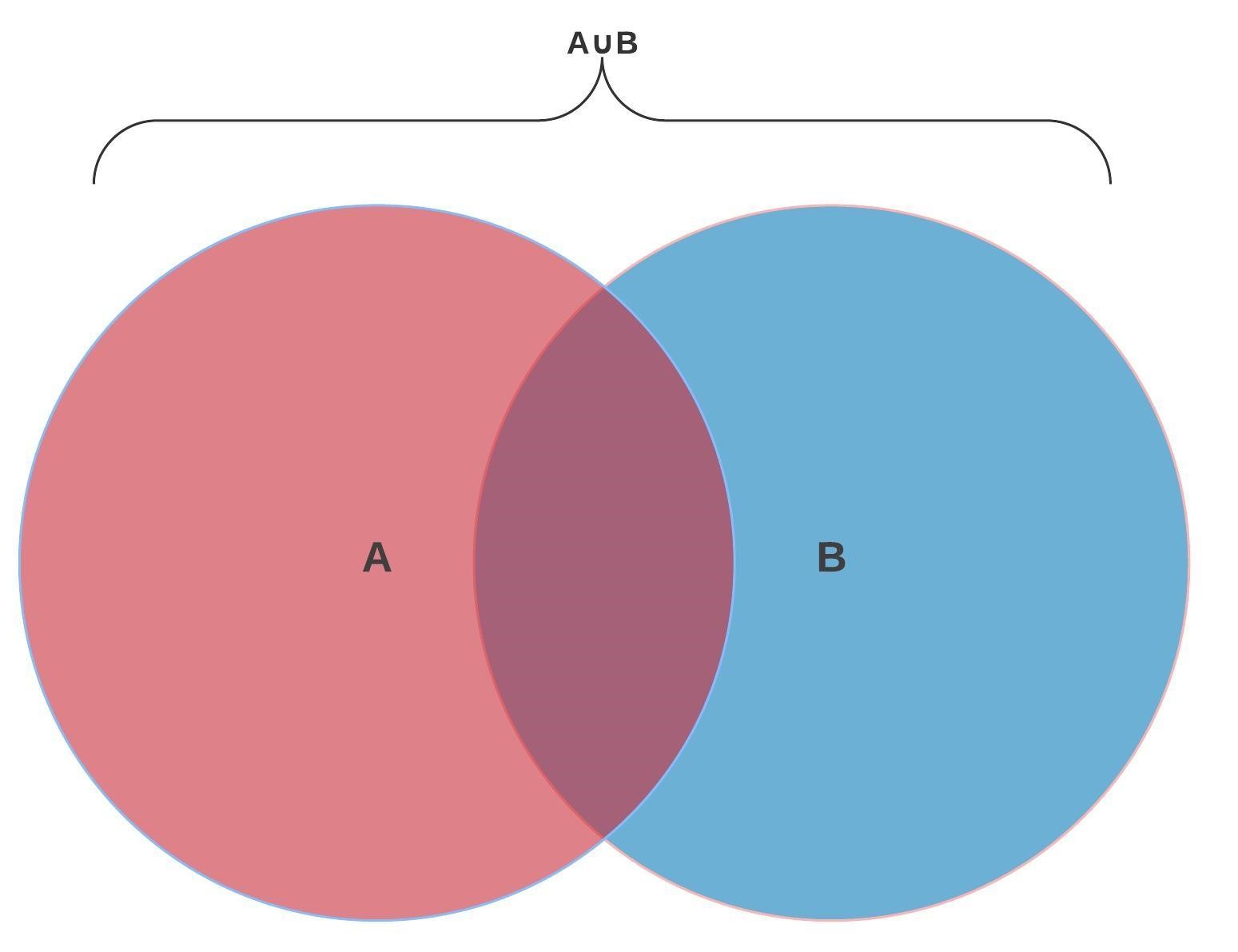 The overlapping area between both circles represents the intersection of A and B, or A ∩ B.

So, using the same example used above, the A ∩ B will in real life mean common features that a car and a train have, such us both can facilitate safe and luxurious travel. 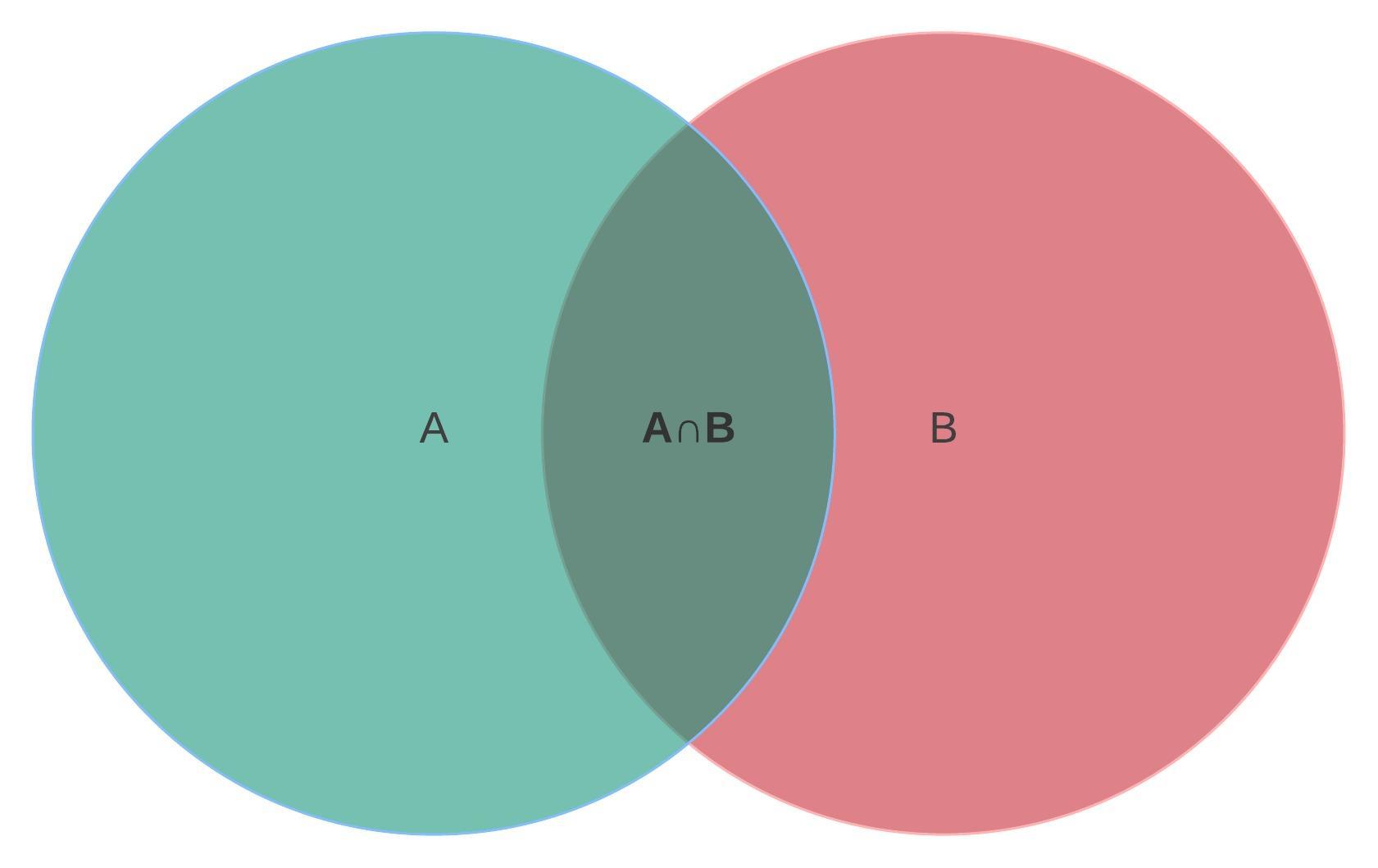 Finally, here comes complement, which can also be noted as an absolute complement. This symbol can be denoted by A^C=U/A.

Using the same example again, the absolute complement of A is everything in B, excluding what is in the intersection area. 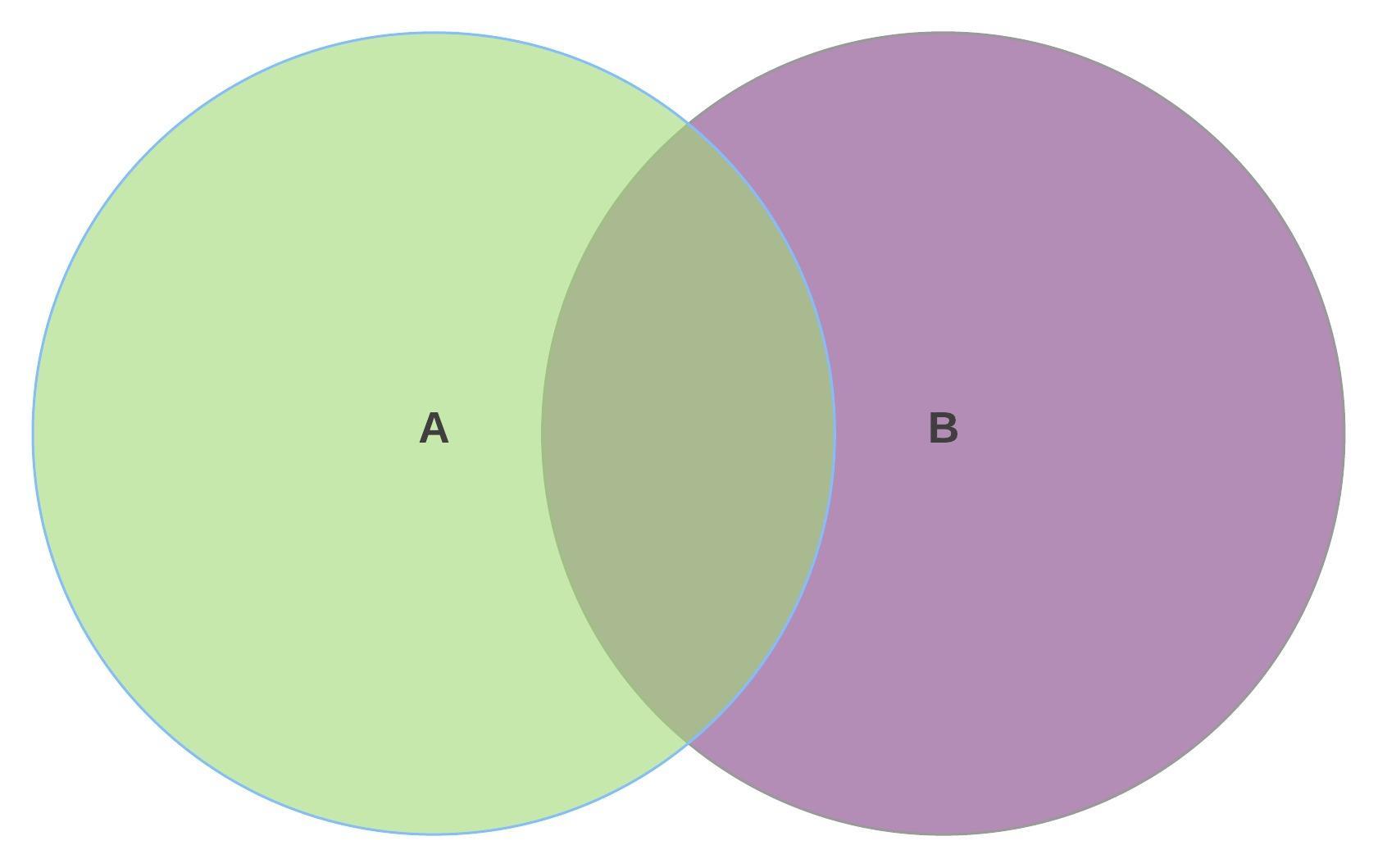 Wondering how to make an awesome Venn diagram? Follow the tips below to learn how to create a professionally designed chart:

Part 8: A Example of Venn Diagram

Wondering how to make an awesome Venn diagram? Follow the tips below to learn how to create a professionally designed chart: 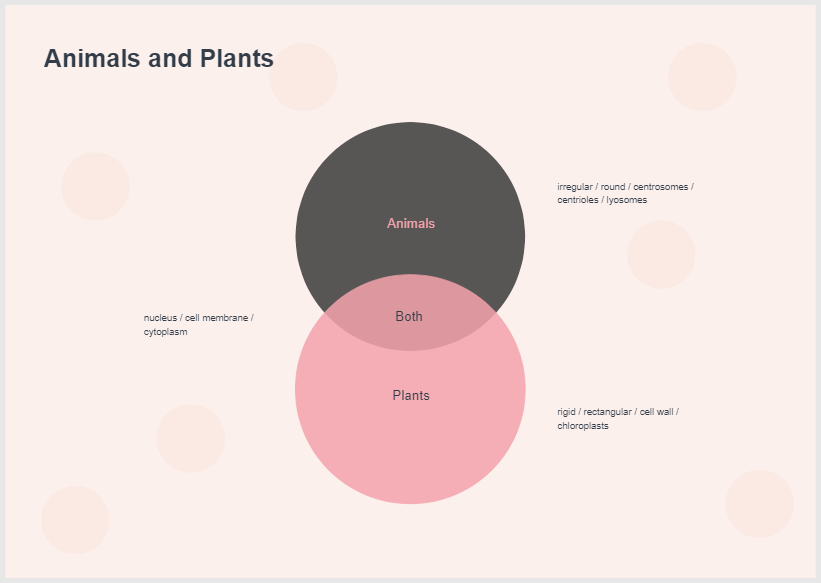