Activity in Unified Modeling Language (UML) is a major task that must take place in order to fulfill an operation contract.

Control flow in computer science refers to the order in which the individual statements, instructions or function calls of an imperative or a declarative program are executed or evaluated. Object flow is a path along which objects or data can pass.

Object flow is a path along which objects or data can pass.

Constraint is an extension mechanism that enables you to refine the semantics of a UML model element. 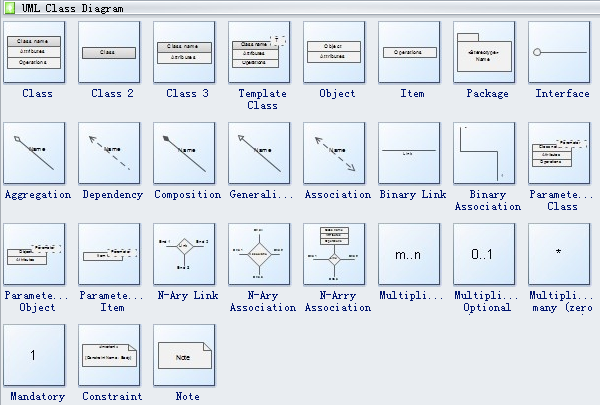 Classes and interfaces in UML shows architecture and features of the designed system.

Aggregation is a special type of association in which objects are assembled or configured together to create a more complex object. An aggregation describes a group of objects and how you interact with them. 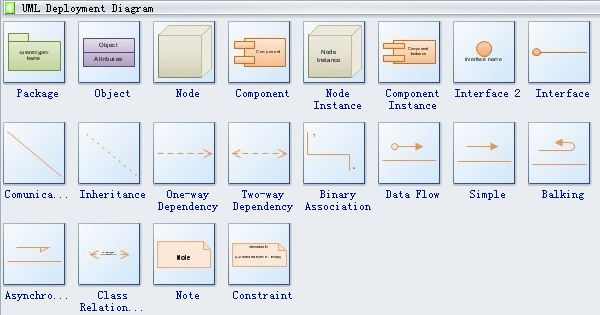 Package in the Unified Modeling Language is used "to group elements, and to provide a namespace for the grouped elements.

Objects are model elements that represent instances of a class or of classes.

Data flow is one kind of data driven architecture which explains how data is processed and transferred in a system. 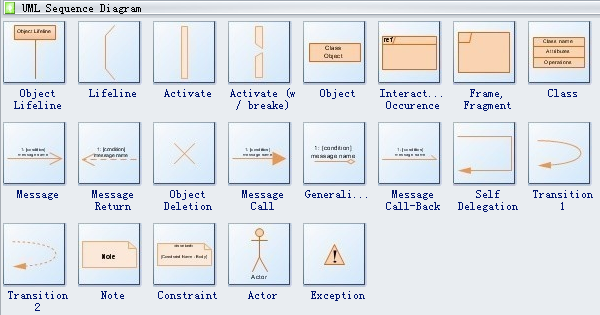 Lifeline represents each instance in an interaction.

Message is an element that defines a specific kind of communication between instances in an interaction.

Actor specifies a role played by a user or any other system that interacts with the subject.

Need fresh looking UML model symbols for your design? These UML model symbols are a cinch to pop in. And their crisp, fine detail will make spectacular, easy-to-understand diagrams and presentations to your customers.