Posted by James Freeman | 04/16/2021
Learn or teach Chinese with amazing flash cards which can be made in less than 5 minutes. Chinese learning flashcards about various topics are available for download, including number, vehicles and professions. You can make more flashcards through Edraw.

China is rising rapidly, becoming one of the largest economic powerhouses in the world. More opportunities will favor you if you are proficient in Chinese which is a language used by more than 1 billion population. Some basic knowledge of Chinese can at least make your trip to China smoother.

The Chinese language has over 50,000 characters, but most of these are rarely, if ever, used. The average Chinese only learns about 5,000 of these in the lifetime. A vocabulary of 2000-3,000 is necessary in order to read newspapers.

SpokenChinesegrammarissimplercomparedtoLatin-andGreek-basedlanguages.Therearenoverbconjugations,andverbsaren't modified by tense. Also, nouns are not gendered - the word "they" denotes both sexes and the Chinese word "ta" indicates both "he" and "she."

Mandarin Chinese is a tonal language. It has 4 basic tones: flat, rising, falling then rising, and falling. The meaning of a word can dramatically change depending on the tone.

How to Learn Chinese Well and Fast

Before you start, you should be confident and motivated. You may encounter many difficulties, but you should always believe that, "where there is a will there is a way." In Chinese it is:

The basic steps to learn foreign languages are similar. Great oaks from little acorns grow. Begin with the basics including vocabulary, pronunciation (Pinyin) and grammar. Then memorize some sentence patterns and practice reading and writing.

Trytoimmerseyourselfinthelanguageinthelearningprocess.Oneofthebestwaystoadvanceyournewlanguageskillsistopracticespeakingwithanativespeaker.Theywilleasilybeabletocorrectanymistakeyoumakeandcanintroduceyoutomoreinformalorcolloquialformsofspeechthatyouwon't find in a textbook. If the above is not attainable, watch Chinese cartoons or movies or TV dramas. Listen to Chinese songs. Practice writing to foster what you have learned. In a word, learn through practice and application.

If you need systematic training, consider about signing up for a language course. Stick to it. There is a famous Chinese saying similar with perseverance prevails. You will be successful as long as you work hard and persist.

Learn Chinese through Pictures - an Easy and Fun Way

Almost 65% of people are visual learners. When learning something new, a presentation with both text and pictures will help learners memorize faster and better. Therefore, flash cards are one of the most popular teaching methods. One merit of flash card lies in its vividness. Another advantage is portability. Unlike other tools, they are easily accessible, attained everywhere with a computer and a printer.

Edraw has prepared some amazing tables and flashcards about Chinese learning. Users can download and use them directly. Or they can also use them as templates and make some modifications to cater different occasions. 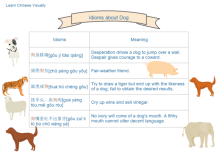 These are some representative flashcard examples about Chinese vocabulary made by Edraw. As vector formats, they can be zoomed in and out at users' will. See how you can gain flash cards like these examples in less than 5 minutes in Make Beautiful Flash Cards Easily. 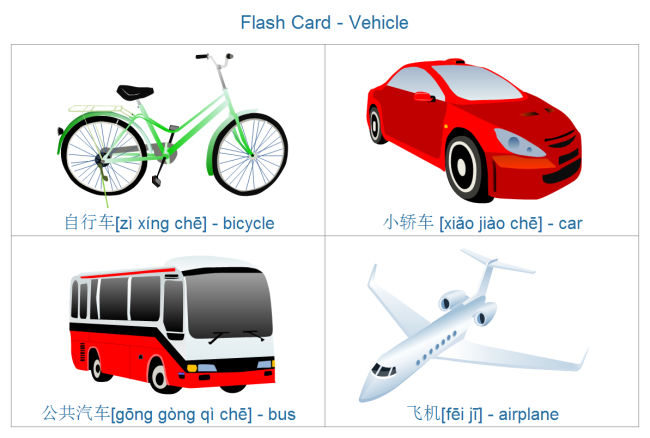 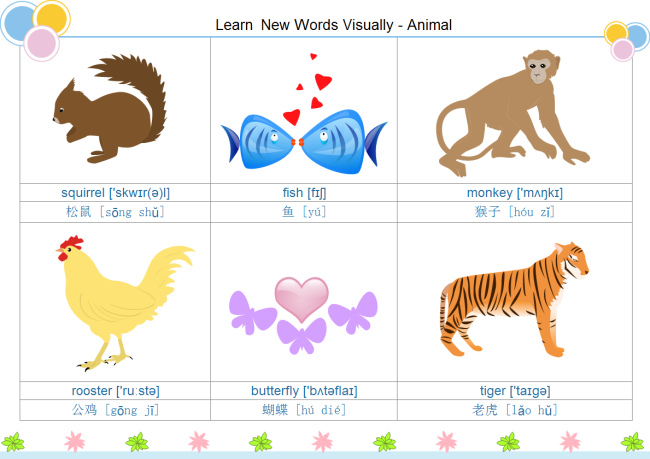 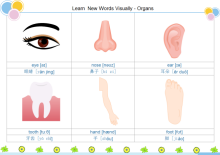 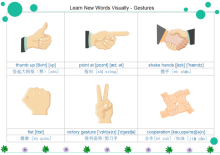