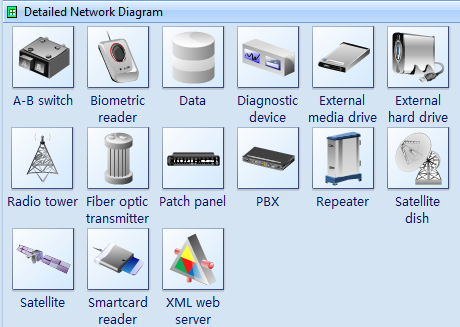 An A-B switch is a very useful television accessory that allows two RF/coaxial devices to connect into a single RF/coaxial input.

Radio towers are typically tall structures designed to support antennas for telecommunications and broadcasting, including television.

PBX stands for Private Branch Exchange, which is a private telephone network used within a company.

Satellite is an artificial body placed in orbit round the earth or another planet in order to collect information or for communication. 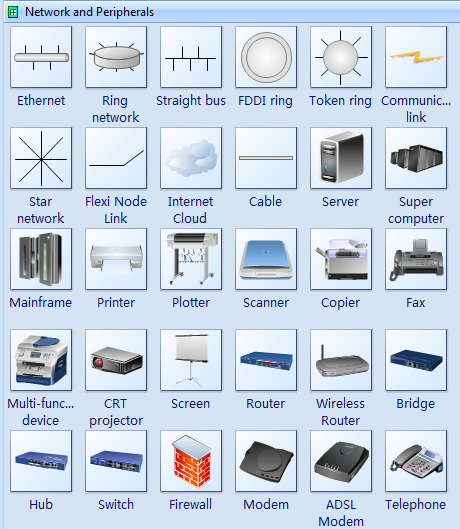 Ethernet is a system for connecting a number of computer systems to form a local area network, with protocols to control the passing of information and to avoid simultaneous transmission by two or more systems.

Ring network is a network topology in which each node connects to exactly two other nodes, forming a single continuous pathway for signals through each node - a ring.

Token ring is a local area network in which a node can only transmit when in possession of a sequence of bits (the token), which is passed to each node in turn.

Star network consists of one central switch, hub or computer, which act as a conduit to transmit messages.

Plotter is a computer printer for printing vector graphics. 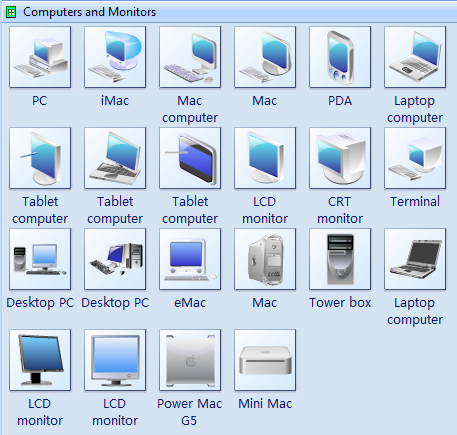 iMac is a range of all-in-one Macintosh desktop computers designed and built by Apple Inc.

PDA is a palmtop computer that functions as a personal organizer but also provides email and Internet access. 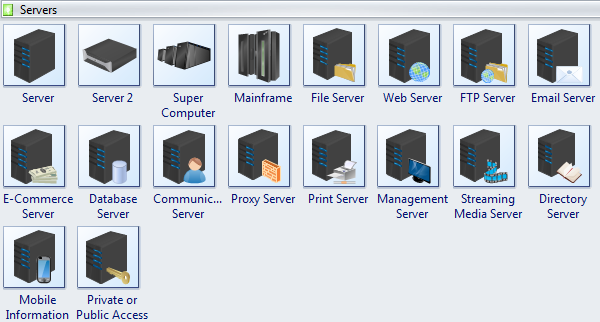 Server is a computer or computer program which manages access to a centralized resource or service in a network.

File server is a device which controls access to separately stored files, as part of a multi-user system.

Print server is a device that connects printers to client computers over a network.